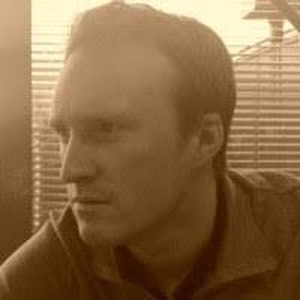 Opinion: new technologies could allow manufacturing to return to the days of artistans and outsourced producers working from home

Futurologists have been imagining visions of working from home for many decades, but progress has been far from smooth. Until recently, the technology wasn't good enough and management didn't like it. However, after many false dawns, remote working is set to become a significant component of future working life. In particular, communication technologies have been fundamental to making working from home viable in response to the Covid-19 pandemic.

There is a perception that this future of work is primarily only conceivable for desk based office roles, but is working from home achievable for manufacturing? The internet and an ever-widening suite of digital technologies, such as 3D printing, are opening up a wider range of possibilities for home working in a post-pandemic world.

From RTÉ Radio 1's The Business, Liam Geraghty looks at the importance of switching off and downing tools from those who work from home

However, this would merely be resuscitating a way of working that used to be very common. The word artisan nowadays conjures a sense of artistry as it is pitted against industrial processes and mass production. In the Middle Ages, though, an artisan was broadly thought of as someone who made things or provided services. The knowledge workers of their time, artisans were often members of associations of craftsmen known as guilds, which flourished in Europe between the 11th and 16th centuries. In their workshops, artisans were specialists operating in a local economy, in contrast to the economies of scale and long global supply chains of today.

Another form of industrial organisation emerged in the 16th century and was often applied to cottage industries in the countryside. This domestic manufacturing arrangement was known as the "putting-out system". Urban entrepreneurs would purchase and distribute ("put out") raw materials to rural producers working at home or in small workshops, and pass half-finished products from one artisan to another before marketing the finished products. In this system, artisans owned their own tools, such as looms and spinning wheels, to make textiles, shoes, and other goods.

Developments heralding modern industrial organisation such as the formation of companies hastened the decline of guilds as production shifted from an artisanal mode to one dictated by industrial capitalism. Large-scale manufacturing came to be characterised by the emergence of the factory system during the Industrial Revolution.

From Leeds Museum, a look at cottage industries and the Industrial Revolution in Leeds

This shift was precipitated by social considerations as much as the development of new technologies. In the putting-out system, rural producers had a high degree of control over their work practices, working from home at their own pace, setting their own hours. Work was now regulated and supervised as labour was subordinated to capital and people were now working to the clock under increased managerial control.

Alternative approaches to the centralised, factory-based model have lately begun to appear. Modern manufacturing is an activity where multiple people come together and make things through quantified processes. Digitalisation means that people can do things in a codified way across different geographies. This represents a critical break with the past, where such knowhow was exclusively associated with the person doing the work.

While new forms of decentralised manufacturing aren’t truly "artisan", they possess characteristics that bear resemblance to the earlier artisan era of craftsmanship. With effective quality control at multiple and remote locations, and technologies that are smart, lightweight, adaptable and increasingly accessible for smaller firms, the modern day "digital artisan" is simultaneously not only closer to their customers but also plugged into global networks.

From RTÉ Jr's Time Travels, meet migrant Irish worker Séan in a cotton mill in Manchester, hear about the Luddites who fought against the changes of the Industrial Revolution and the story of workers' rights activist Mother Jones

A key attraction of the artisan is that he or she stands apart from the alienated factory worker. A new normal could be a good normal in that it could enable people to reorganise and control their time, by offering professional autonomy away from a rationalised factory regime subject to managerial supervision. Perhaps most likely is a future of partial rather than full home working in the manufacturing sector, which aligns with what many people profess to want in the post-pandemic world.

Working from home in manufacturing has significant historical and technological currents to overcome. Predictions that location would become irrelevant have followed every revolution in information and communications technology, yet cutting-edge technologies have had a tendency to bring people together. While computers enable many functions and services to be performed at a distance, complex activities and professional interactions require a high level of subtlety, and that is the threshold that digital technologies will eventually have to cross.

But there are some reasons to think this time might be different. For example, environmental concerns will bring the Circular Economy as an idea ever more to the forefront. This places an emphasis on local sourcing of materials, and requires more localised business activity and greater energy and resource sustainability.

Moving closer to this new kind of home working life involves visualising a way to carry out skill intensive production processes that resists forces that lead to job clustering. It will also mean updating workers rights legislation to accommodate new modes of working. These are difficult challenges to accomplish, but they are possible. The production technologies that are presently evolving outline a pathway to that future.

Dr Paul Beecher is a Senior Research Fellow at the Confirm Centre at the University of Limerick.