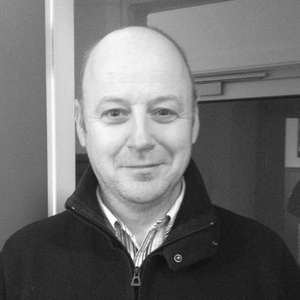 Analysis: recent plays and films have much to say about how society deals with male ageing, memory loss and dementia

Ahead of The Visiting Hour, the Gate Theatre's inaugural recent online production, the play’s performers spoke about the circumstances leading to its writing. Judith Roddy explained that she had long harboured an ambition to work alongside Stephen Rea and asked if Frank McGuinness might write something for them. As it happened, according to Rea, McGuinness was ‘working on something’ that might work rather well, a one-act drama that unfolds as a daughter visits her father at a residential home, a setting that crystalizes the longing and loss suffered by those separated from aged parents and loved ones during the Covid pandemic.

Bearing similarities to earlier portraits of aging fathers and split subjectivities in Irish theatre (such as Philadelphia, Here I Come and Da) Rea’s character is both topical and timeless. He sits throughout on one side of a perspex divide wearing a frilly shirt and bowtie and stripey pyjamas bottoms; an outfit that captures both the collapse of public/private boundaries in the era of zoom and his fractured memory. In a home, yet not at home; a king in exile.

However, the pathos of the play derives less from his separation from the the family home than from a coherent sense of himself, expressed through his daughter's exasperation as their conversation veers from forgetfulness to fancy and which, by turns, she resists and then gives in to.

While the Gate production can be clearly identified in terms of Irish antecedents and elements – including its northern accents and idiom - the play also displays surprising commonalities with a number of recent films dealing with dementia through a father-daughter relationship. Both The Father (2020) and Dick Johnson is Dead (2020) are among a growing number of screen stories which reflect the increase of dementia in western societies. Each focalises the condition from the perspective of an adult daughter, who offer varied – and shifting - responses to their father's declining mental authority including avoidance, engagement and stoic acceptance. Like Cordelia and Lear – an obvious touchstone – each of these women incite pathos through their often exasperated love for their fathers.

From Radio 1's The Ryan Tubridy Show, in 2017, Mike O'Reilly and his wife Sinéad talk about Mike's diagnosis with dementia at the age of 45

Taken together, these productions represent a notable development from earlier screen dramas dealing with this theme which have - initially anyway - tended to foreground female characters. Additionally, some of the most notable of these films have focused on the demise of gifted and cultured women such as Iris (2001), Away From Her (2007), Amour (2012) and Still Alice (2014).

In these films, dementia is constructed in terms of the demise of intellectually or artistically gifted women, a cruel and 'unnatural' turn that is reinforced through the re-casting of their male partners in the role of unexpected and often awkward carers. Additionally, it is notable that each reinforces the pathos of the condition by linking their white, western and middle class settings to touchstones of enlightenment culture - books (Iris, Away from Her), music (Amour) or science (Still Alice).

The three recent productions carry some of these associations but in less freighted ways, preferring to focus on emotional loss. They frame their ageing male protagonists as playful, child-like and even regressive. In McGuinness’ play, the father evokes our sympathy but also our laughter as he muses on his – real or imagined? – glories in the Eurovision song contest. Rea’s costume and performance contain elements of both camp and confusion; there is anger but it is balanced by the singing of half-remembered tunes of a bygone era and a request for a football shirt instead of his dated formal wear. His daughter is both sounding board and audience, willing to enter into the whirligig of unreliable memory on order to not only avoid confusing but perhaps to find solace from her own anxieties.

Trailer for Dick Johnson Is Dead

On the face of it, Dick Johnson is Dead offers a very different approach, shaped by the immediacy and intimacy of first-person documentary and New York setting. But it also frames its perspective through a playful father-daughter relationship, this time between the titular character and his film-maker daughter Kirsten Johnson. Made over an extended period that captures the gradual loss of his memory and eventual passing, the film is notable and indeed highly unusual for eschewing a pathos of decline, foregrounding instead a loving man, willing to participate in scripted and extravagantly staged scenes of his impending demise.

These scenes, which draw on Kirsten's experience and contacts in feature film production, offer a variety of scenarios for Dick’s death, each rendered with convincing precision and realism, only to be revealed to be 'fake’. Although much more ambitious than The Visiting Hour, the film shares with it the perspective of the loving daughter coming to terms with a father with dementia, bridging past, present and future through imaginative means and the illusion of art.

Trailer for The Father

The Father is the most emotionally devastating of this trio and arguably the most achieved. Echoing themes of performance, misdirection and the limits of realism seen in the others, it plays with cinema's unique capacity to create disjuncture in point of view between the omniscient narration of the camera and the perspective of the protagonist.

Brilliantly adapting his stage play for the screen, Florian Zeller stages and repeatedly restages a series of scenes in which the father (Anthony Hopkins who recently won an Academy Award for best actor for this role) loses his ability to navigate space and time, symbolised by his ongoing obsession to find his watch and paranoia that someone has stolen it. Again focalized through the relationship with his daughter (Olivia Colman), the film slips in and out of the time-folds, between memory and consciousness, unwinding slowly towards a devastating present as the full extent of the central character’s isolation is laid bare.

In a memorable turn of phrase, Hopkins' character asks for someone to ‘fetch me home’. This longing unifies these characters who, in different ways, express dementia in Oedipal terms, confused by physical and psychic loss. It is their daughters who maintain their sight through a combination of love, care and a willingness to enlarge the meaning of self beyond the bounds of time-space linearity. 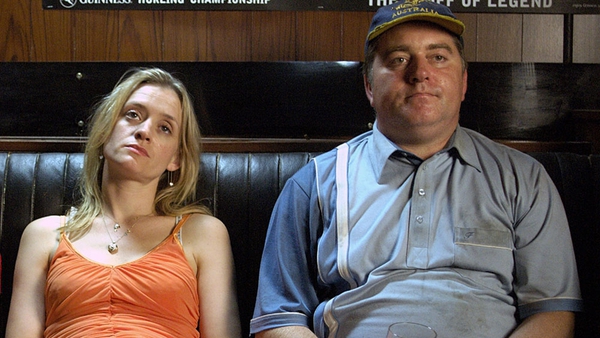