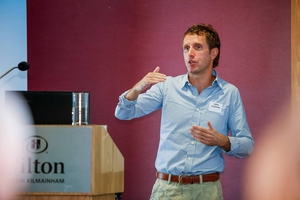 Analysis: Myalgic encephalomyelitis (ME) has been routinely dismissed and misdiagnosed by medical professionals, and the similarities between it and long Covid could lead to a similar situation.

May is ME awareness month, an international initiative to raise awareness of a much misunderstood, and often maligned, illness.

ME, which stands for myalgic encephalomyelitis but is also known as chronic fatigue syndrome (CFS), is a chronic and complex multi-system biological condition that can affect all age groups but is much more common in women.

Symptoms include cognitive difficulties, pain, sleep disturbance, and orthostatic intolerance, while a defining feature is an unusual debilitating response to even mild exertion, known as 'postexertional neuro-immune exhaustion'.

ME/CFS recently came to worldwide prominence in the award-winning documentary Unrest, which told the dramatic story of Jennifer Brea’s struggle with the illness, and also highlighted how historic outbreaks were often disregarded as 'epidemic hysteria'.

One of the great challenges with ME/CFS is that there are no routine tests for it, making it difficult to diagnose, while the condition is generally not well understood by medical professionals. Many doctors, for example, don't even learn about it in medical school. This is hugely problematic, since a delay in diagnosis may result in worse outcomes for patients.

A study conducted in 2010 estimated that it took patients an average of 3.7 years to get a diagnosis in Ireland, with one patient waiting 34 years. Many others with ME/CFS go undiagnosed, with evidence from the United States suggesting the proportion could be as high as 90%. As a result, many people with ME/CFS face considerable difficulties getting appropriate treatments and supports.

Surprisingly for a condition that is so poorly understood, ME/CFS is relatively common. Based on prevalence data from other countries, there are thought to be between 10,000-19,000 people with the illness in Ireland and around 2 million in total in Europe.

As well as the ill-health associated with the condition, which can be severely debilitating, ME/CFS can also have major impacts on other aspects of people’s lives. Research has consistently shown substantial negative effects on work, education, personal relationships, and social activity.

In a recently published study, part of a joint patient-academic collaborative research project, we considered the economic impact of ME/CFS in Ireland using focus groups with patients and informal carers. The aim was to better understand the range and nature of costs related to ME/CFS.

In it, patients described a number of barriers to accessing healthcare that led to them facing extra costs. These included delays getting a diagnosis, poor awareness and understanding of the condition by healthcare professionals, and a lack of effective treatments.

These factors were linked to poor prognosis of the illness by participants who, as a result, faced a range of so-called indirect costs. These included negative impacts on employment and education outcomes, leading to lower economic well-being and standard of living.

Participants in our research project also described a range of extra direct costs of disability, which often arose due to difficulties accessing appropriate services and supports. But it wasn't just the ME/CFS patients who were impacted.

One of the most striking and worrying themes that arose in our research was the extent to which ME/CFS patients experienced problems with healthcare professionals, and the healthcare system in general, in Ireland. Some participants described how their doctors either had little interest in ME/CFS, didn’t really believe in it, or were completely unaware of the condition.

The mistaken belief that ME/CFS is a psychological or psychiatric condition by many healthcare professionals was also identified as particularly problematic as this led to inappropriate treatment and care in some cases, which likely made their illness worse.

Some patients told how their doctors indicated that they should be ignored, while carers of children with ME/CFS noted that young people were particularly vulnerable to a psychiatric misdiagnosis. A lack of treatment pathways within the healthcare system in Ireland was also identified.

From Radio 1's Brendan O'Connor, Dr Austin O'Carroll, GP, discussed with Brendan the dangers of GP burnout and the importance of taking a break and speaking out.

ME and CFS are classified by the World Health Organisation as disorders of the nervous system. While agencies such as the Centers for Disease Control and Prevention in the United States have made explicit statements such as "ME/CFS is a biological illness, not a psychological disorder", in the past there has been an effort by some mental health professionals, especially in the UK, to have this condition portrayed as largely psychological in nature.

This has led to deep divisions and distrust between many ME/CFS patients and some clinicians and researchers. Perhaps the most notorious example is the now widely debunked PACE trial, which was based on the premise that ME is largely 'psychosomatic'. It suggested that cognitive behavioural therapy (CBT) and graded exercise therapy (GET) were effective and safe treatments for ME/CFS.

However, when the data was independently re-examined, addressing key flaws in the study, these conclusions were shown to be incorrect, undermining the psychological theory. PACE has since been dubbed "one of the biggest medical scandals of the 21st century" by the UK MP Carol Monaghan and there have been numerous calls for it to be retracted by leading and internationally recognised and respected scientists.

From Radio 1's Drivetime, Dr Corinna Sadlier, Infectious Disease Consultant at Cork University Hospital, tells us how 'Long Covid' syndrome could be caused by an over-active immune system which doesn't shut down after the original coronavirus infection

What has all this got to do with Covid?

While onset of ME/CFS can be due to a range of factors, it most often develops following a viral infection. In fact, the key symptoms of ME/CFS are consistent with those now being experienced by many patients suffering from long Covid and Dr Anthony Fauci, Director of the National Institute of Allergy and Infectious Diseases in the United States, has commented on the similarity between the two.

This had led to concerns in many quarters that we may well experience an increase in the incidence of ME/CFS as a result of the Covid pandemic.

Worryingly, it also seems that influential proponents of the flawed psychological model of ME/CFS are keen to argue that many cases of long Covid are, like ME/CFS, "all in the mind". Bizarrely, the well-known Guardian journalist George Monbiot was recently accused of spreading long Covid "apparently just by talking about it".

Monbiot has described his experience of Covid and how it can trigger symptoms similar to ME/CFS. He claims that we are "looking at a public health disaster, a tsunami of post-viral illness" as a result of Covid-19.

The HSE was recently urged to establish a research unit dedicated to long Covid. This, undoubtedly, would be a very welcome development. In doing so, deficiencies in funding and services for ME/CFS patients should also be addressed as a priority because, sadly, our record in this area to date in Ireland has been shameful. 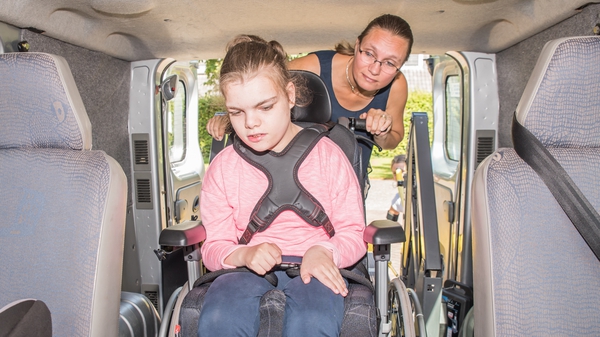 The hidden cost of disability