Analysis: Hundreds of violent murders were committed in Ireland during the Great Famine

In January 1847, snow lay on the ground and Ireland entered its third year of Famine. A money lender named Thomas Mulcahy made his way along a country road at Tubrid, seven miles from Birr in Offaly. His was a detestable, but necessary practice in Famine Ireland, which earned him and his colleagues the sobriquet 'gombeen man'. In the early 1840s, as conditions worsened and the potato crop failed, people had little choice but to use their services.

Unhappy with the terms laid down by the ‘gombeen man’, people often resorted to violence in order to effect change. In an instant, Mulcahy’s life was taken, beaten to a pulp by a group of men who were surely known to him. Not content with ‘fracturing his head’, the assailants also cut his throat ‘from ear to ear’. Mulcahy’s violent death was just one of hundreds which occurred in Ireland during the Famine as social morals and bonds were erased. Ireland was amongst the most dangerous places on earth in the late 1840s.

Hunger was a constant theme in the murders which were committed during the Famine. In January 1848, a man named Kelly was murdered at Ballyforan in Roscommon for two stone of meal. When his body was discovered it ‘presented a frightful spectacle...lying in a ditch, the throat becoming literally cut across by rats’. In Kilrush, Co Clare, a ‘poor man’ named James Hanly who was attempting to dig and steal turnips in a garden was apprehended by two men who ‘called the dog to him, and the ferocious brute seized on the unfortunate man, and, it is affirmed, tore out his bowels’.

It was not always those who were guilty of stealing who suffered. In Tipperary, often referred to as ‘Bloody Tipperary’ given the frequency of murder, a farmer named James Hennessey from Dundrum caught people stealing turnips, but was overpowered by them. They shot Hennessey but, not content with that, cut and stabbed him ‘in the most dreadful manner’.

The culprits of these crimes, and others, left little to chance in case they would be identified by their victim. In Sligo in November 1849, a young girl was murdered during the course of a robbery. Fearing that she could identify them, the little girl’s skull was ‘smashed in’ with a bottle.

From RTÉ Radio 1's Arena, artist Robert Ballagh and curator Niamh O'Sullivan on 'Coming Home: Art and The Great Hunger', an exhibition of art of the Irish Famine

Likewise, an incident in Doneraile in Cork in 1848 typified what people were willing to do. Described as a ‘demon in human shape’, Richard Ryall was arrested for the murder of Johanna Murphy, aged 70. During the course of a robbery, Ryall had decided that, as Murphy had seen him, there was only one option for him. Using a garden spade, he struck the woman several times over the head, killing her instantly. Ryall then placed the body in a chair in an upright position before locking the door behind him in an effort to conceal his deeds.

The willingness to get ahead or to take from others was evident in some Famine murders. The appalling murder of a ‘poor Connaught man’ named John Cooke at Horseleap, Co Westmeath in 1848 as he made his way to England to work on the harvest was among the more hideous crimes. Murdered by his travelling companion, a sod of turf was placed over Cooke’s mouth to prevent him from breathing. The murder was described as ‘the most savage and bloodthirsty murder that ever disgraced a country’. In Tipperary, ‘the shoes and coat’ of the victim ‘were taken away and the pockets of this trousers and waistcoat were turned inside out’.

Other murders were perpetrated with extreme violence, often as retribution to right a perceived wrongdoing. In September 1847 Patrick Costello, a ‘driver for rent’ in Mount Bellew, Galway was murdered and his head ‘literally smashed...to atoms’ for bringing proceedings against people for trespass. The violence often shook local communities despite the appalling level of death which prevailed. In February 1847, David Fitzgerald and his wife were bludgeoned to death with a hatchet at Askeaton, Co Limerick. When the bodies were discovered, there was ‘gashes upon the faces of the unfortunate victims, their brains protruding, and the floor of the house was literally covered with blood’.

Many murders also originated in familial disputes. In Ardfinan, Co Tipperary, a man named Keating was murdered by his nephews, having ordered a labourer out of sight in a quarrel over a limekiln. The purchase of a farm was blamed for the murder of James Cussins at a place called Ballywire, five miles from Tipperary in August 1847.

As Professor Linda Connolly and others have recently shown, women were often the target of violence during the War of Independence and the same was true in the Great Famine. In south Tipperary in 1849 a 70 year old woman was murdered and ‘her body was mangled in a shocking manner, almost cut to pieces’ over a bag of oatmeal. In Macroom, Cork the widow Murphy was brutally murdered in her home and placed in her bed. The perpetrator then locked the kitchen door and took the key away.

Perhaps the most grotesque of these murders occurred in Cavan in April 1847 when two aged sisters, Anne and Catherine Callan of Mullacroghery, near Ballyhaise, were murdered in their home. Sellers of small cakes of bread, and occasionally tobacco, Catherine was found naked and her skull broken in, while Anne received several stab wounds and a gash across her throat.

READ: Why you need to watch this new documentary on the Great Famine

Many of these Famine time murders went unsolved and the perpetrators unpunished for their crimes. However, occasionally crimes were solved and laid bare the horrifying details and circumstances of the murder.

In 1848, the hideous murder and concealment of the body of Michael Halloran, aged 20, near Tuam in Galway was discovered by his brother who had returned from England and inquired of his whereabouts. Murdered three months previously by his sister Mary Halloran and his cousin John who were living together, Michael’s body was discovered in one of the back rooms of the house covered in clay and stones. The pair had been eating, sleeping and drinking near the mutilated corpse for months. It was little wonder given crimes of this nature that the Tipperary Vindicator newspaper commented in 1849 that ‘society seems to have been shattered to pieces’.

Read more on The Great Famine on RTÉ History 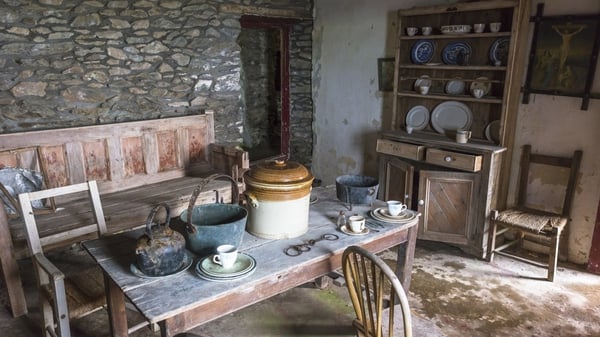 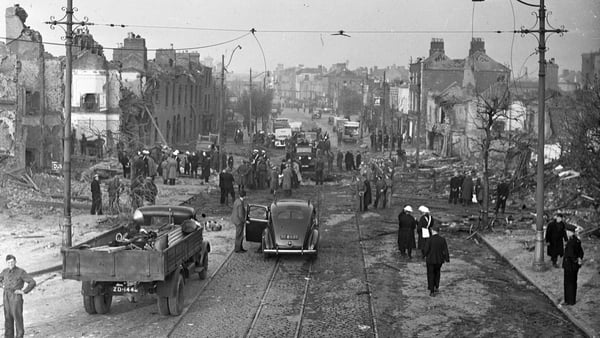 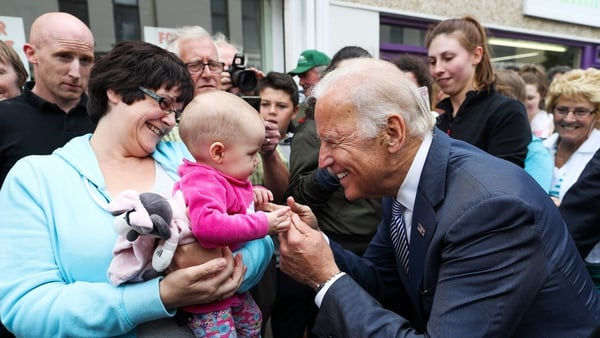