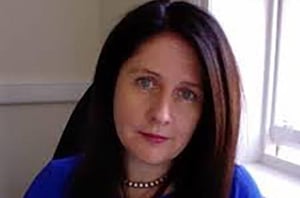 Analysis: the violent act of forcibly cutting off women's hair was widespread during the War Of Independence on both sides in the conflict

The recent political and academic meltdown that occurred in relation to commemorating the Royal Irish Constabulary demonstrated how polarising and selective State remembrance can be. In reality, the Irish War of Independence was as noteworthy for its patriarchy as its policing.

The deployment of sexual policing provides an additional perspective on the question of how to commemorate and validate the RIC’s policing role and legacy. "Remembering" the gendered violence perpetrated against women during the War of Independence has the potential to deeply complicate rather than reinforce simplistic oppositional thinking about Ireland’s history of violence - as it was universally perpetrated by Crown forces and Republicans.

Forcibly cutting women’s hair, a widespread practice in Ireland and in many other wars including the later Spanish and Greek civil wars, was a form of serious violence that singled out and marked women as enemies, sexual transgressors and traitors. It often involved humiliating, terrorising or hurting women in a manner which had long term consequences for their physical and mental health.

A violent scene in Ken Loach's film The Wind that Shakes the Barley vividly captures forced hair cutting by the Crown Forces. The republican character Sinéad had her hair forcibly cut with sheers as she was held down by soldiers. Active members of Cumann na mBan, such as Peg Broderick-Nichols in Galway, were targeted. Agnes Daly in Limerick (Kathleen Clarke’s sister) had her hand slashed and hair/scalp cut with a razor by Auxiliaries.

The Irish Wars 1919-1923 exhibition as part of the National Museum’s Decade of Centenaries commemoration demonstrates how cultural sites also have the potential to complicate the War of Independence’s legacy. The exhibition includes a braid of brown hair said to have been cut from a woman in a "punishment shearing" or "bobbing" by a member of the IRA. The hair was found in the possession of Michael Barry on 31st December 1920, when he was arrested in the family farmstead between Rathvilly and Hacketstown, Co. Carlow. The Nationalist and Leinster Times reported on February 26th 1921 that he was exonerated from the charge of "cutting of a girls hair" in a trial by claiming it belonged to a relative who became a nun.

Numerous reports of hair cutting are evident both in local and national newspapers between 1919 and 1921 and in the Bureau of Military History Witness Statements, including in the Rathvilly area. A July 5th 1920 report in the Irish Times under the headline "Disgraceful Outrage in Carlow: Girls' Hair cut by masked men" reads: "two lady assistants in a draper firm in the town have had their hair cut owing to their keeping company with soldiers. It appeared that the young ladies received more than one warning. They were held up between Carlow and Baltinglass, and though both strongly resisted they were overpowered. It is stated that one of the girls asked her attackers to take her life first. Previous to this outrage three young ladies in town had been similarly attacked and had their hair shorn. It is understood that several other girls have been warned about keeping the company of soldiers."

On July 31st 1920, the Nationalist and Leinster Times reported: "On the 30th June last a young girl called Ellen Doyle was cycling from Glencannon to Rickardstown…She was stopped by five masked men.  Two of them took her into a field and cut off her hair. The only reason that could be assigned for this cruel outrage on her honor was that she as a friend of a soldier in this country. In or about the same time two girls called Ruby Parsons and Alice White, from Carlow…were cycling on the road at Graney East when they were taken off their bicycles by eight masked men and their hair was cut off with a horse clippers. In this case the only suggestion was that these two poor, innocent and inoffensive girls were seen talking to two soliders."

Alice White is recorded as living in Penny Hill, Hacketstown aged 8 in the 1911 census (4 kilometres from the Barry farm) and her religion was Church of Ireland. The members of the 3rd Eastern Division, Carlow Brigade, 2nd Battalion operating and living in this area, including Michael Barry, are listed here

From RTÉ Radio 1's Drivetime, Linda Connolly discusses violence against women during the War of Independence and the Civil War

The violence of some of the attacks reported nationally and the number of (often masked) men who typically participated in them is disturbing. On July 28th 1920, the Irish Times reported that two girls in Granard, Co. Longford were overpowered by "a dozen young men and their hair was cut off, because it was alleged they spoke to soldiers. The girls had been previously warned."

A public court case in Galway involving an outrage near Tuam was reported in detail in the Westmeath Examiner on May 15th 1920. Bridget Keegan’s hair was cut off when seven masked men entered her father’s house at 12.45am on April 30th. Members of the family testified and Jack, Frank and William Jordan (three brothers) were sentenced to six months hard labour for the offence with another man discharged. Brandishing revolvers, they took the girl, who had fainted and was unconscious, out to the yard in her night dress and cut the hair off with shears, telling her sister "that is what she got for going with Tommies." While one of the men was cutting her hair he sang "We are out for Ireland free."

Mr. Golding C.S. said in court that it was a "blackguardly action": "Having attempted to free Ireland…by cutting off the girl’s hair, to complete the freedom of Ireland they proposed to cut off her ears but they didn’t do so." Dr. Thompson from Tuam said the girl was suffering from shock and was still under his care.

"Hair taking" was extensively deployed by all sides in the Irish War of Independence and was thus a weapon of war. An individual woman’s braid of hair currently displayed in the National Museum of Ireland provides a powerful and visceral link to the many women whose hair was targeted during Ireland’s War of Independence. This hair, reported as "loaned" to the museum and preserved as a memento for a hundred years, is however also a type of war trophy. Ultimately, it was taken and still belongs to an unnamed woman. 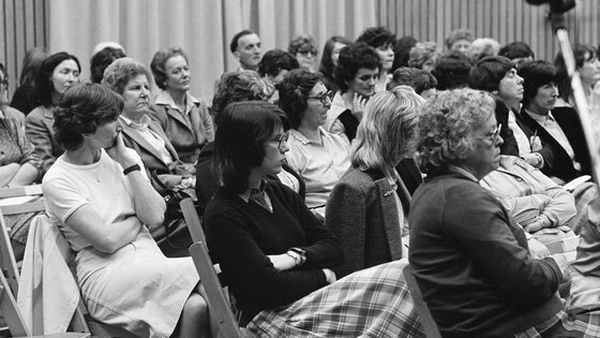 The story of Ireland's First Commission on the Status of Women