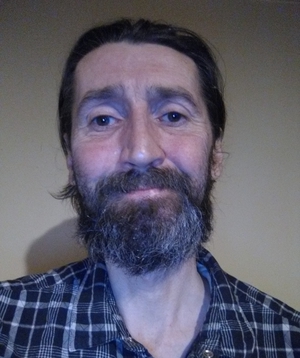 Analysis: the battle for the White House is also a battle between partisan US TV networks Fox News and CNN

The current US presidential election has made for fascinating viewing as the two contestants in the race to the White House battle it out for the hearts and minds of the American people. Although network operators are competing for viewers on their platforms - and MSNBC and others on the cable networks are fighting for market share - it is Fox News and CNN that are, in essence, in a battle against each other.

Both news stations have a clear demographic and target audience, with Fox in Donald Trump's Republican corner and CNN clearly advocating viewers to vote for Democratic hopeful, Joe Biden. This is clearly highlighted in the battle of the primetime anchors, who ply their trade as commentators, agitators, influencers and entertainers, rather than traditional news anchors. This is not to decry the journalistic integrity and professionalism of the output of Fox and CNN, as there are many fine journalists on both stations, but it is quite clear that the late night political opinion programmes have an editorial agenda.

From RTÉ News' States Of Mind podcast, the threat of fake news in to the US presidential election and how audiences are losing trust in the media

In this current election campaign, Fox and CNN have rallied against each other on a nightly basis for ratings.  Fox advocate for Trump through the monologues and editorialising of primetime anchors Tucker Carlson, Sean Hannity and Laura Ingraham. Over on CNN, there is a similar approach with anchors Anderson Cooper, Chris Cuomo and Don Lemon pushing Joe Biden's cause.

They are quite unapologetic in this and make it quite clear their distrust and dislike of Trump or Biden. While Anderson Cooper is more subdued in his support of the Democratic nominee, his editorial and approach make it quite clear that he is no fan of the Trump presidency. Cuomo and Lemon make it very evident that the American people need to elect Biden and vote Trump out of office. Meanwhile, Carlson, Hannity and Ingraham are vitriolic in their monologues against Biden and support Trump, no matter what he says or does.

If you were to watch the two networks, you would believe you were living in two different Americas as the stories, topics and editorial stance is so diverse on similar stories. Some stories don’t even get airtime if they don’t fit the worldview of the station producers, editors and anchors. But that’s alrigh  because both stations appear to be speaking in the main to the converted. However, some curious channel hoppers who are independents or undecided may be quite confused as to what is really happening in the news agenda in America.

From CNN, Don Lemon asks Donald Trump what it is about Barack Obama that gets under his skin

Fox will give credence to the ‘cognitive decline’ of Biden and highlight his many gaffes and memory lapses by showing edited clips of mistakes on the campaign trail. Meanwhile, CNN will show selected clips from the same interviews that omit the gaffes. CNN will zone in on Trump's claims on the coronavirus that "it will disappear like a miracle" and Fox will miraculously forget that such clips ever existed.

Sean Hannity, an anchor at Fox since the very beginning of the network, declares "I don’t trust the media mob, I think there’s some shenanigans going on". Over on CNN, Chris Cuomo states that Trump is engaging in "Trumpery" over Covid 19, a term which "derives from the French word meaning to deceive". He then proclaims that "Trump's main opponent isn’t Joe Biden, he’s losing to the virus".

Trump can pop up unexpectedly on Hannity's show. It is as if the president is tuned in and fancies a natter with the host, while his children are almost regular contributors on the station. Pop over to CNN and Chris Cuomo is having a chat with his brother Andrew, the governor of New York, who also was a recent guest on Anderson Cooper plugging his new book. Don Trump Jr also plugged his new book incessantly on Fox News across numerous shows. This seems to be an accepted practice with anchors also promoting their own books on their own shows, but it seems they are preaching to the converted.

But sometimes this harmony goes off the rails. On a recent Hannity show, Trump attacked Chris Wallace's moderation of the first presidential debate as being unfair to him, but Hannity didn’t dare defend his colleague. Over on CNN, Wolf Blitzer was subjected to a vitriolic attack when he was accused of being a GOP advocate who didn’t know what he was talking about by House speaker Nancy Pelosi. This came after the anchor had put it to her that Democrats should support the latest Republican backed stimulus plan.

So can these two news stations convince viewers to change their voting preferences or do they serve to just solidify the firmly held beliefs of the viewers? In the main, viewers are resolute in their support for either Trump or Biden and watch their respective favoured station to solidify their beliefs. However, as with all American elections, the undecided, independent and swing voter decides the outcome of the election and these small margins that tip the undecided are highly significant. As the day of the election approaches, the anchors will up the rhetoric, fear and loathing to nab the floating voter for their respective ‘guy’.