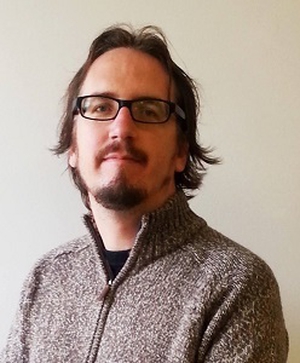 Opinion: exposure to an abundance of information, both good and bad, is having an effect on our decision making process

The truth hurts, the saying goes, but untruth, particularly when it relates to health, hurts a great deal more. Health information which impacts societal behaviour and risk reduction must be credible, clear, concise and timely. We have seen the negative effects of mixed and contradictory messaging throughout the Covid-19 crisis in Britain, the US and Brazil in particular, where public behaviour often seemed to mirror leadership who were demonstrably unconvinced by health advice.

As the response to the pandemic stretches on with little sense that the virus has been suppressed, consensus is fraying again about the best way forward. Misinformation poses a significant threat to the kind of clear-eyed, rational debate that needs to happen which takes into account all stakeholders in society in a fair and balanced way.

When considering implications of misinformation, a lot of focus tends to be on the sources, spread and definitions of it. We focus on media platforms that perpetuate or encourage unsubstantiated claims for example, or those who create the bad information in the first place, be they performative trolls, social media bots or double speaking politicians. Even ideas about truth itself are contested between relativist and more absolutist positions.

In our current media ecosystem, the lines between inform, entertain and distract are perhaps more confused than ever before

But the source, spread and meaning of bad information are just three aspects of the problem. What about the effect of exposure to all kinds of information, both good and bad, on our individual decision making process? Is super abundance of information in the first place combined with the 'always-on' constant flow of it actually the core of the problem?

The novelist F Scott Fitzgerald once wrote that "the test of a first-rate intelligence is the ability to hold two opposing ideas in mind at the same time and still retain the ability to function." What would he have made of a world in which hundreds of opposing ideas battle for our attention constantly, from the moment we are woken up by a device which is our alarm clock, entertainment system and a finely tuned instrument for delivering information at a dizzying rate?

In our current media ecosystem, the lines between inform, entertain and distract are perhaps more confused than ever before. Just as the recent US vice-presidential debate contrasted ideas and worldviews that are well beyond the significance of the fly which landed on Mike Pence’s head, ideas about risk versus benefit and implications of behaviours that are based on consequences in a wider societal or narrower personal sense are complex and require focus and consideration.

In many cases, two opposing ideas must be held simultaneously at least for a while before we can reach a rational and secure position

In many cases, two opposing ideas must be held simultaneously at least for a while before we can reach a rational and secure position. The test of that position is based less on your sense of security over it, than your acceptance of ambiguities within a position while still maintaining it as the greatest possible good.

You can query the necessity of masks in certain situations while still wearing it for the greater good. Vaccines, for example, might not be entirely without individual risk, but the societal risk has been measured as far lower than the rejection of them.

These don’t have to be absolutely immovable positions forever more, but they are the overwhelming consensus of expert opinion at this moment. We can hold the position that this is factual information, while also retaining a reasonable scepticism that positions can change over time.

A mind under siege quickly becomes a tired one and easy prey to insidious and half-formed messaging that appeal to our emotional, rather than rational selves.

This is not an easy thought process at the best of times, not least while anxiety, fear and other pressures form a background chorus. Rather than good or bad information in itself, it is the ripping away of space in which to process it that may be the critical factor leading to both the degradation of our public informational spaces and the often wild responses that result. A mind under siege quickly becomes a tired one and easy prey to insidious and half-formed messaging that appeal to our emotional, rather than rational selves.

Thus, a sense of anxiety about our safety can easily turn into a stridently held position that others threaten it, whether young people, foreigners or anyone outside of our immediate social group. This can in turn lead to support for drastic and disproportionate responses to that threat.

Good decision making and clear thinking on health-related behaviour may mean less exposure to information. On an individual level, this can mean more careful filtering and organising of informational abundance, and more attention paid to the ‘quiet’ time which is needed to properly engage with this.

But calls for individual action will not work against a commercial imperative as rapacious and insidious as the one which which wants us reading, watching, engaging with anything at all. More robust intervention is needed here via a regulatory framework which conceptualises information dumping in the same way as we would other material pollutants. No more than pollution resulting from manufacturing waste is physically destroying our seas, this informational wall of noise is poisoning our public sphere.

Any new regulation must help us police, not just the bad information, but the means by which our attention is hijacked, be they notification alerts that can distract at inopportune moments, and various other smart devices for which better informed societal and individual consent is needed. It means an evolution in our collective thinking toward informational overload as a specific public health issue in and of itself. Before advances in the west led to food abundance, obesity was not a common health problem, but it certainly is now.

We need to start thinking of information in the same way, as a commodity that the public needs more support with managing in order to avoid negative outcomes at an individual and social level. This might lead to better outcomes in terms of societal compliance in health emergencies, which all the signs point to being here to stay with us for some time to come.