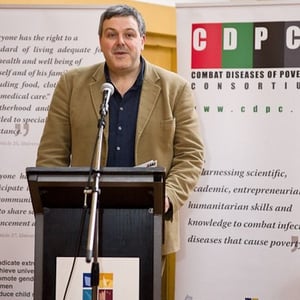 By A. Jamie Saris

"Y.M.C.A." is a disco favourite from the Village People, a band who once made middle class white America uncomfortable because of their LGBT roots. US president Donald Trump has used the song to showcase his newly recovered vitality after his Covid-19 diagnosis at non-masked/non-socially-distanced events in front of an audience packed with homophobic members of suburban Evangelical churches.

The song began its intimate relationship with Trump's base at anti-lockdown rallies earlier this year in Michigan, a swing state very narrowly won by Trump in 2016, which has the largest number of "Patriot" militias in the US. At these protests, "Y.M.C.A." was blasted at the Michigan State Capitol, while it was occupied by heavily armed militia members. Outside, other militia member waved signs inscribed with the infamous German sentence, "Arbeit Macht Frei", addressed to Governor Gretchen Whitmer as an "appeal" to end the lockdown and get "Michigan back to work." While these militias remain in the news (13 members were arrested after a hare-brained plot to kidnap Whitmer), "Y.M.C.A." is now firmly embedded at Trump's Make America Great Again rallies across the country.

Ironically, back in March, the US Library of Congress had included "Y.M.C.A." in its National Recording Registry, an official audio repository for music that is deemed to have "culturally, historically or aesthetically significant" value. This was mere weeks before the song appeared prominently in anti-lockdown protests. As MAGA is publicly homophobic and bitterly opposed to same-sex marriage - many of its church allies support "conversion therapy" and slurs against LGBT people form an important part of their vernacular - this embrace of a song, whose lyrics explore the social and sexual opportunities available at public Christian hostels for a young man newly arrived to a city, seems … odd. Maybe it's the song’s infectiously danceable tune and great hook?

The irony (that word again) is compounded by the historical fact that the Village People were actually quite controversial with the parents of this same demographic, when "Y.M.C.A." was released in 1978. I know because I was there, being in my early teens at that time. The success of the song simultaneously indexed a popular music shift towards disco in younger white American musical tastes, with all the complex racial issues that this R&B-derived genre carried along with it. It also marked growing tolerance of an increasingly visible gay minority for middle class suburbia, only a few years after "homosexual" had been removed as a mental disorder in American Psychiatry and at a time when many states still criminalised non-heterosexual sex acts.

That era also marked a ferocious backlash to the political gains that LGBT folks had made since Stonewall. This reaction was an important moment in the national mobilization of reactionary, predominantly white Christians. This alliance between conservative Catholics and evangelical Protestant sects came around their shared horror of reproductive rights for women and a creeping public tolerance of homosexuality, with a substantial amount of white majoritarian anxiety. This movement became official with the founding of the Moral Majority by Jerry Falwell in 1979. Tellingly, these voices framed the Village People as part of a "gay agenda" that sought to both reshape and weaken America.

From RTÉ News' States of Mind podcast, what it's like to be a black Donald Trump supporter?

The late 1970s was important for another reason. The world was on the cusp of becoming aware of a new disease that was going to overturn the confidence of "developed" countries that infectious diseases had been defeated. This disease was, of course, HIV. In America, it was soon to emerge under the name of the "Gay Plague" because of one of the first populations in which the syndrome was described. Tragically, it went on to decimate the cultural and dance scenes out of which the Village People emerged, while forming a watershed in the now routine rejection of science by Conservative populism.

The Moral Majority-supported Ronald Reagan administration rejected early warnings of the seriousness of this novel viral infection. They then publicly produced a counter-productive idea of "risk-group", while decisively rejecting public sexual health messaging because of its commitment to family values. These moves meant a lost decade of rational public health response, laying the foundations for HIV to rack up a death toll in excess of a quarter million Americans by 2000. The refusal to fund sexual health measures internationally doomed many millions more victims across the globe.

Longing for a moral order that a modern pandemic refuses to provide, they now put themselves in the way of a dangerous virus

The Village People featured good-looking, multi-racial young men dressed as what critics and commentators have labelled "icons of gay masculinity". These icons, refracted through a prism of camp and desire, emerged at a time when American masculinity, especially its white, heterosexual version, entered a crisis from which it has yet to emerge.

Yet, "Camp", in terms of Susan Sontag's "Notes On Camp" (refering to the ways that art and artifice play off one another in specific social-historical circumstances, is very clearly a modality connecting MAGA and the Village People. While critics on both sides of the Atlantic are quick to criticize the guns, politics and hate manifested in this group, their sincere attention to dress detail generally passes with little commentary (save as grist for various comedic mills).

Modern white American right-wing populism spends a lot of time "dressing up". Suburban white men in their 50s show up to Trump rallies in a Vietnam veteran aesthetic, a conflict in which they could not possibly have served. Harassed tradesmen come dressed as versions of Special Ops soldiers in full tactical gear, while white-collar office-drones don outfits that look like they’re trying out for a spot on the cover-art of an early-1980s' Bruce Springsteen album.

I don't think it's an accident that the Library of Congress and Trump’s MAGA base both acknowledged the cultural impact of "Y.M.C.A." mere weeks apart during a pandemic. The longer MAGA goes on, the more the second 'A' is the key term that needs unpacking, This "Again" is less "nostalgia" and more a longing for what is called a "do-over" in the US. It is the desire to re-run the stories that middle-aged white Americans heard in their youth, without the terrible ambiguities: they want Pioneer hardiness and social egalitarianism without the First Nations genocide; "all men are created equal" without the 3/5ths compromise; Southern "chivalry" without the hideous blot of slavery and White Supremacy, along with just wars and white hats on the global stage.

But this America wants to lose its deep-seated ambivalences without the much harder work of confronting contradictions and the even more challenging job of making amends. I think some even console themselves by thinking they (and white America) might behave "better" if it got this do-over. But, this "Again" now confronts one pandemic, while clearly longing for a misremembered one, when counter-factural moral orders and the spell of naming (e.g., the differential success of the "China Virus" v that of the "Gay Plague") really seemed to protect whiteness from the real world.

"Y.M.C.A." charged ambiguity from their (and, indeed, my) history has a colloidal ability to keep such tensions between their youth and their senescence, their self-image and their social reality, in a kind of suspension. As Trump’s election chances (thankfully) seem to fade, this group of hardcore supporters, numbering in the many millions, will still remain an issue.

Longing for a moral order that a modern pandemic refuses to provide, they now put themselves in the way of a dangerous virus. They do so while contorting letters out of creaking limbs by trying to keep up with a dance anthem whose one-and-a-half entendre lyrics sent their religious tradition into paroxysms of reaction in their own youth. Camp Pandemic, in other words, is likely to remain a fixture in both American politics and public health long after its Entertainer-in-Chief leaves the stage.

More by
A. Jamie Saris 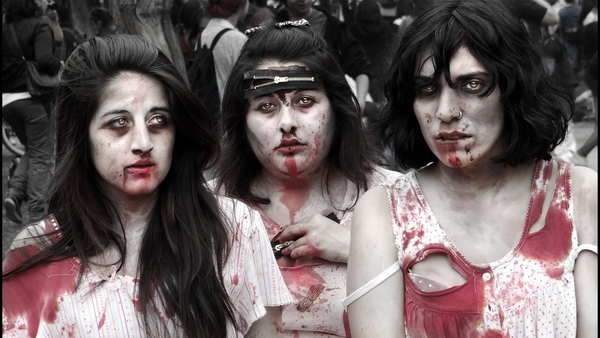 Could you survive a zombie apocalypse?