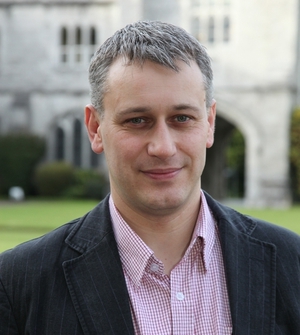 Opinion: The next couple of decades are likely to mean some hard choices on security and defence for Ireland

The Covid-19 pandemic has exposed the vulnerability of all states and societies to the challenges of a globalized world. A year ago the idea that a disease would infect at least 37 million people (probably many more), kill over a million, lead governments to impose radical lockdowns on society and trigger the worst global recession since the great depression was the stuff of Hollywood movies. Experts had warned  that such a pandemic was likely, but governments and international institutions were nonetheless ill-prepared.

Covid-19 is now the most prominent example of the way in which globalization increases the vulnerability of states and societies to developments elsewhere in the world. The wave of migration across the Mediterranean from 2015 showed how Europe can be impacted by developments in Africa and the Middle East. Dynamics such as the greenhouse gas emissions that cause climate change happen everywhere and nowhere.

From RTÉ Archives, Patrick Gallagher reports for Seven Days on the training involved in being a member of the Irish Defence Forces in 1975.

However, the current programme for government does include a commitment to establish an independent Commission on the Defence Forces to examine the particular challenges in the defence area. Whether or not the government develops a formal national security strategy, Ireland is likely to face significant security challenges and dilemmas over the next two decades.

One concept which is gaining increasing prominence in foreign and security policy circles is resilience. This refers to the ability of states and societies to withstand the impacts of the ever-widening range of external security challenges. For Ireland, this may include the ability of tracking-and-tracing arrangements and the healthcare system to respond to future pandemics like Covid-19 and the need to strengthen physical infrastructure and support systems to deal with the consequences of increasing severe weather events resulting from climate change.

There is also the need to strengthen defences to protect computer systems, data hubs and critical infrastructure and to protect the political system, electoral processes and the media against malicious cyber/social media 'attacks' by external actors. On the latter point, consider a possible future referendum on Irish unification. For Putin’s Russia, stirring up extremists on either side or casting doubt on a vote’s outcome could simply be one more low-cost way of stirring up instability in a Western democracy. In these and other areas, strengthening resilience will require governments to make significant changes to institutional and legal frameworks - and to spend money when budgets will already be stretched by the Covid-19 induced recession.

At the European level, developments within the European Union may also pose challenges for Ireland. The EU has shown remarkable solidarity with Ireland over Brexit but other EU states may expect Ireland to show similar solidarity on other issues at some future point. This might include corporation tax rates, migration burden-sharing or EU foreign, security and defence policy.

On foreign and security policy, both the current and previous European Commissions have proposed the introduction of qualified majority voting to overcome the problem of a single member state being able to halt action because of unanimity-based decision-making. Ireland has not taken a position on this issue, but it may not be able to sit on the fence forever. On defence policy, the difficulty for even the largest EU member states in maintaining military capabilities points to a long-term logic of increased European integration. Here, Ireland may face a choice between following that logic or being marginalised.

At a global level, we face a world of increasingly assertive authoritarian great powers in China and Russia and likely polarisation between democratic and authoritarian states. In January 2020, Ireland will start a two-year term as one of 10 non-permanent members of the United Nations Security Council, alongside the five permanent members. Ireland will seek to strengthen the UN as a multilateral system and to balance security, development and human rights as the three pillars of the UN’s activities.

Should crises emerge, in particular over Taiwan or Belarus, and the big Western powers (the United States, France and Britain) bring issues to a vote in the Security Council, Ireland may face difficult choices over how to position itself (even if a Chinese or Russian veto precludes the Council from taking action). Beyond the country’s Security Council term, a world of increasing tensions between democracies and authoritarian states may create tensions for Ireland between a policy of ‘independence’ and standing up for principles such as democracy, human rights and the rights of small states.

In the military area, Ireland faces an on-going recruitment and retention crisis. The Defence Forces have been unable to maintain the 2015 White Paper on Defence target of a force ‘at least 9,500’ personnel. More broadly, this comes on top of a decades-long trend of reducing the size of the forces and cutting defence spending. Although the outgoing government decided to increase defence spending, Ireland remains one of the lowest spenders on defence in the world, alongside micro states and some of the poorest developing countries, in per centage of gross domestic product (GDP) terms. The planned Commission on the Defence Forces faces no easy task in trying to address these issues.

The first online lecture in a new UCC-Defence Forces lecture series on international relations, security and defence will be delivered by Defence Forces Chief of Staff Vice Admiral Mark Mellett on Thursday at 6.30pm

Dr Andrew Cottey is EU Jean Monnet Chair and Senior Lecturer in the Department of Government and Politics at UCC. He is a former Irish Research Council awardee