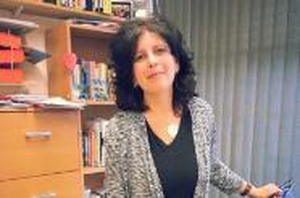 Opinion: places in poems and books can be satisfying at any time, but especially at times like these when we can't actually travel

Woods do not signify, but the woods at night in a Robert Frost poem signify a lot. Fictionalized places in literature can carry meaning so compounded by layers of intention and expectation that they become sites of seduction, full of ambiguity and begging for interpretation.

I teach a survey course in American literature from 1865 to the present. One of the poets my students and I cover is the 20th century modernist William Carlos Williams (1883-1963) who was a physician in Rutherford, New Jersey. His epic poem is called Paterson, but the poems that most undergraduate students and general readers know him for are his short, vividly imagistic lines of verse including the widely anthologised The Red Wheelbarrow which reads: "so much depends / upon // a red wheel / barrow // glazed with rain / water // beside the white / chickens".

USA Poetry on the life and work of William Carlos Williams

The Red Wheelbarrow is evocative of a type of place, possibly a farmyard, but a non-specific one. However, Williams’s focus on it highlights our dependence on it. In presenting such a place in a poem, he celebrates the ordinary and directs our attention and imagination in new and dramatic ways. Those who become devotees of Williams’s work will study Paterson with its multiple books focused on the character of Paterson who appears as both a man and as the city itself. The poem’s strong evocation of place is its greatness. Williams was influenced by James Joyce in this respect - Noah Faitoute Paterson and Leopold Bloom pace out their respective cities in their inimitable ways - and the topography of the city is central to Williams’s aesthetic.

Travel to places of literary interest is popular and Ireland is a well-researched area of cultural tourism. What people derive from literary travel goes to the human quest for meaning. Especially interesting to me as an appreciator and a teacher of literature is how subjectivity, our individual interpretations of the poems or fictions we read, can stimulate our imaginations and promote understandings of the world that we inhabit.

In 2011, Barbara Schaff, a specialist in travel writing at the University of Gottingen in Germany, examined the semiotics of several kinds of literary destination:

· a place connected to an author’s biography

· a place completely imagined in a work of literature but designed for tourism in the real world.

Her research into the motivations of those who visit sites like these led her to the conclusion that literary travel is a complex cultural practice that combines the tourist's "appropriating, controlling gaze with the reader's inquisitive hermeneutic stroll through literary landscapes". From a literary criticism perspective, her term ‘hermeneutic stroll’ nicely encapsulates the sometimes meandering quality of textual interpretation, the myriad ways, both conscious and unconscious, that readers extract meanings from texts and also develop meanings based on their own personal and cultural predispositions.

The way I like to explain interpretive predisposition to my students is also by analogy to travel. We bring expectations to texts that derive from both our roots and our routes. Our roots include our physical and psychological places of origin, and our routes are the pathways we take as we move forward in our lives.

My roots are in a middle class Catholic family in Hackensack, New Jersey and my routes have brought me to Dublin where I lecture in English. In high school, I read excerpts of Johathan Swift's Gulliver’s Travels. The beguiling story of a giant in a land of little people was, we learned, meant to be satirical. However, beyond its oddness and humour, we did not examine the range of the satire. Through the reading eyes of an adult immigrant to Ireland, I now grasp, for example, its multiple critiques of colonial power. To some extent, my routes have supplanted my roots.

From RTÉ Archives, Cathy Halloran reports for RTÉ News on Gulliver the 70 foot giant who washed up on Dollymount Strand in Dublin in 1988

Schaff’s analogy of reading to an "inquisitive hermeneutic stroll" is especially good because, like strolling, reading for pleasure can be rewarding, leisurely, stimulating, and possibly even scenic if the location described imaginatively transports us. Contrary to the reality we inhabit, we can picture the giant Gulliver tied down by Lilliputians on a sandy shore to immobilise him before he wakes. To experience a commercially appropriative use of the book, we can visit Gulliver’s Theme Park Resorts. In such places, interpretation of textual place is determined by economic return. The predisposition here is the motivation of profit and the book is effectively an image for branding.

In other places inspired by fiction, interpretation of text may be based on moral or emotional imperatives. Hermeneutics is a term that originally related to biblical readings, but Schaff uses it in a modern-day sense that acknowledges the bridging of a gap between the mind of a writer and the minds of readers. Places depicted in writing, whether real or imaginary, prompt a diverse range of associations for the reader because setting is integral to theme. The setting of James Joyce’s Dubliners comes immediately to mind for its realism upon which Joyce rendered turn-of-the-century urban Irish character. Joyce’s Dublin exists on the page, in the reader’s mind, and in reality.  A keen reader/tourist can stroll the text not just interpretively but literally, by taking guided tours of actual locations.

READ: Finding the most authentic Joyce pub for Bloomsday

READ: What James Joyce's bones and house tell us about Irish culture

Still other places in literature can be highly evocative even when the locations are invented. William Faulkner's Yoknapatawpha County set in Mississippi and depicted in many of his novels does not exist on any official map of the region, but it is a complex setting for a profound representation of a declining, racist Southern aristocracy.

Faulkner’s readers experience a swampy luxuriance, a lush land of patriarchal values in decay, but their gaze is more imposing than appropriative because Yoknapatawpha County is not real and cannot be "taken". It resembles an actual county in Mississippi, but it does not literally exist. Therefore, the realisation and interpretation of place in Faulkner’s work is regulated by the interplay of words on the page with the imagination of the reader, rather than with any real-world location by which to measure it.

Sometimes especially fertile interpretive ground occurs through the confluence of real-world and fictive-world.  For instance, when a place that does exist in the real world is cast in a literary work it may prompt the creation of yet another literary or cultural work, and then be shown to generate a kind of spiritual sustenance. According to Stanislaus Joyce in My Brother's Keeper: James Joyce's Early Years, Joyce intended this kind of sustenance when he explained that he wanted to "give people some kind of intellectual pleasure or spiritual enjoyment by converting the bread of everyday life into something that has a permanent artistic life on its own". It is a tall order for any fictive place to offer spiritual sustenance but when that kind of topographical nurture does "take place", so to speak, it is a gift to the reader.

In the case of one scene from Jim Jarmusch's 2016 film Paterson, starring Adam Driver, it also involves an actual gift. Driver plays a bus driver and poet named Paterson in the city of Paterson. He enjoys the poetry of William Carlos Williams. He meets a Japanese literary tourist, also a poet who admires the work of Williams, at Paterson Falls, an urban location of natural splendour that features prominently in William’s poem.

We find in this scene a representation of place so generative of creativity, that it concludes with the offering of a blank notebook (tourist/poet to local poet) on which to write.  It is, to my mind, a perfect depiction of literary place offering a sustaining understanding of the world we inhabit, a place where generosity occurs and where one person’s roots and someone else’s routes render place as significant as imaginable. Fertile ground, indeed.

Sue Norton and Laurence W. Mazzeno's forthcoming book, American Fiction in the European Classroom: Teaching and Texts (Palgrave Macmillan), will offer a collection of essays on literary place and identity. 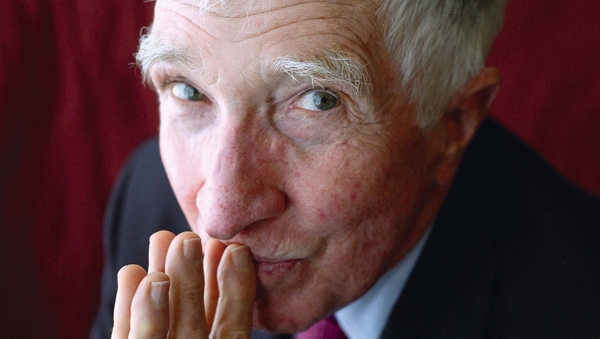 John Updike: "a kind of field guide to American society" 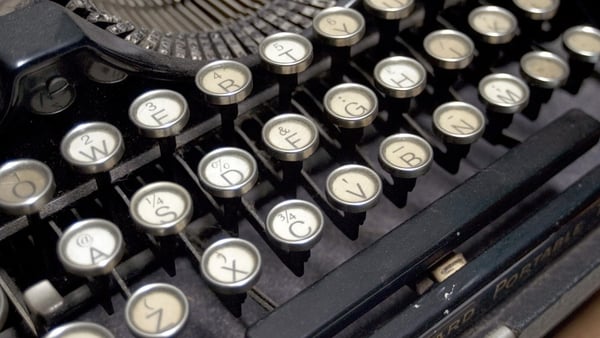 The art of good writing