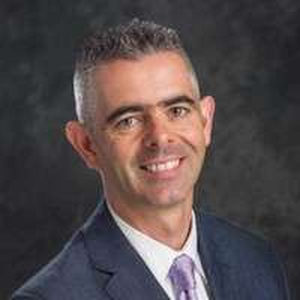 Analysis: a team of highly skilled craftsmen were involved in producing The Great Book Of Ireland's volume of artists, poets and composers

The Great Book of Ireland – Leabhar Mór na hÉireann is a modern, large-scale, vellum manuscript comprising the original work of 121 artists, 144 poets and nine composers. A gallery of original modern Irish art, an anthology of poetry and a selection of musical compositions all bound in one single volume, it's one and a half times the size of The Book of Kells and required over 110 calfskins to complete.

Produced in Dublin between 1989 and 1991, its completion coincided with that city’s designation as European City of Culture in 1991.The Great Book was acquired by University College Cork in 2013 to be preserved in posterity on behalf of the Irish people.

The question for the makers of The Great Book in 1989, in an Ireland where many traditional skills of the bibliographic trade were disappearing, was if it was possible to produce a landmark manuscript book that would stand for its time as an cultural artefact and persist to inform and inspire future generations, as the longevity of its organic materials would allow.

The technical problems of producing the book were immediately apparent. Many of the skills associated with the production of a vellum manuscript were unfamiliar to the contributing artists and poets, while the physical production of a book of this type was not within the familiar practice of the editors.

Guidance was sought, first of all, from the example of the livres d’artistes of the early 20th century, and then from the expertise of Anthony G. Cains, Head of Conservation at Trinity College Dublin. Cains and his team had many years of experience looking after the collections at TCD Library, and of course The Book of Kells.  The very strong sense of continuing and recuperating an ancient tradition became a potent force in moving the project forward through each of its challenges.

Cains agreed to make and bind the book. Trevor Scott joined the team as design consultant and calligrapher, Denis Brown was also recruited. A 20 year old Dubliner, Brown was in his final year of a calligraphy studies degree at London's Roehampton Institute and was the youngest person (and first Irishman) to be awarded a Fellowship of the UK Society of Scribes and Illuminators.

Cains had acquired a rather special white Sardinian goatskin 25 years earlier when working on the restoration of manuscripts in the Florentine libraries following 1966 flood of the Arno and had kept it for a project such as this so the goatskin would cover the book.

The editors got word that elm trees at Thoor Ballylee, former home of William Butler Yeats, would have to be felled due to Dutch Elm disease. A tree was identified by Coillte on site with its heartwood intact and dispatched to their facilities at Dundrum for drying. This was later used for the boards of the book and its protective box. A consistent supply of vellum was sourced from Vellum and Parchment Works in Celbridge, managed by Joe Katz.

It was clear that there would be a need for the book itself and each individual page to be treated as a totality, with images, poems and calligraphy working in unison. Scott’s role was to ensure the "flow of continuity throughout the Book" and provide support for Brown in his contribution as calligrapher to each page.

'No room for error'

Without seeing The Great Book at first hand, it may difficult to fully appreciate the size of the undertaking, both in bibliographic and logistical terms. The book is one and a half times the size of The Book of Kells and required over 110 calfskins to complete. Many of the pages ‘hold’ multiple contributions, and remarkable patience and planning was required to co-ordinate the bibliographic logistics of a venture of this size.

Aside from Brown, only one artist, John Kelly, had used vellum as a medium before.  As a surface, vellum tends to have a rough and unsettling resistance to a pen nib in comparison to paper, at least until one gets used to it. Poets were obliged to work with traditional dip-pens and ink and apply them to this unfamiliar surface, with no room for error and one chance only to get it right.

In addition, both artist and poet had often to contend with the responsibility of working on a surface that already held another’s work on the same side, or even more dauntingly, on the reverse side of a page. The reactive nature of vellum to excessive moisture applied to some of the pages caused a number of difficulties.  This had to be resolved to the best of their ability by the calligrapher and binder.

If one was to draw particular attention to any single page, the contribution from Samuel Beckett merits mentioning. It was completed just a few weeks before his death, and therefore perhaps his last piece of writing. Beckett initially declined the invitation to contribute citing ill-health. However, pen, ink and vellum were dispatched to him via John Montague and, with a little persuasion, he changed his mind. After five attempts to get started on the rough vellum, Beckett wrote down a variant of the poem ‘da tagte es’, an elegy for his father written in 1932 (folio 53v).

who have no more for the land

the sheet astream in your hand

and the glass unmisted above your eyes.

The binding of The Great Book is a non-adhesive flexible binding, meaning that no adhesive has been allowed to touch the spine folds of the vellum leaves so that the work on each page work can be viewed into the inner gutter of The Book. The sewing and end-banding system is robust and capable of holding the substantial text block together securely and permanently, giving at the same time a controlled opening.

A careful balance has been made between the various binding components: the gauge of the thread, the thickness, rigidity and number of the double cords; the stiffness of the end band sewing; the weight and shape of the boards and finally the flexibility of the covering and spine inner lining.

The binding was modelled on manuscripts of the mid-15th century, and the modern binding of the The Book of Kells as devised by Roger Powell and completed in 1954. In the words of Anthony Cains, "a modern binding but one based on historical technique combined with contemporary understanding of materials science and a high degree of innovation."

The inserted piece of vellum with Beckett’s contribution also makes use of a borrowing from Powell’s work on manuscripts in the Royal Irish Academy in the early 1960s. There, Powell encountered examples where Irish scribes had made repairs to vellum pages using a durable "herring-bone" stitch.

The only adhesive used was a wheat flour paste to adhere and mould the white alum-tawed Sardinian goatskin cover to the boards and the loose spine lining joints. The goatskin was manipulated ‘in-situ’ on the front board to create a decorative spiral motif, perhaps echoing Yeats’ gyre and the connection of the boards with Thoor Ballylee.

The boards were designed with a significant projection in order to better protect the uneven text block, and this allowed for further blind lettering decoration from the poem The Black Lace Fan My Mother Gave Me by Eavan Boland. The spine was lettered in Irish in gold ‘LEABHAR MÓR NA HÉIREANN’ using a font based on Perpertua by Eric Gill. The binding remains unsigned.

Finally, a pressure box of elm from Thoor Ballylee with bog oak detail was made by Eric Pearse to a specification by Powell. A silver clasp for the box was made by Brian Clarke based on an original design supplied by Cains. The book first went on display in the Irish Museum of Modern Art on June 25th 1991.

The Great Book of Ireland will be broadcast on RTÉ 1 on Thursday August 20th at 10.10pm