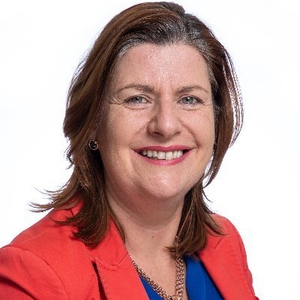 There has been much discussion and disquiet regarding the geographical spread of cabinet and junior ministerial appointments in the 33rd Dáil. However, less attention has been given to the gendered nature of these choices. Defending these appointments recently on RTE’s Six One news, Taoiseach Micheál Martin stated that role suitability trumped other considerations.

Despite the population being more or less evenly split between males and females, only 22.5% of TDs are women, who represent one-quarter of appointments to cabinet and junior ministries. The introduction of gender quotas in 2016 saw a doubling of female candidacy to 31% in the 2020 general election, compared with 2011. Despite this, 36 female TDs were elected in the February general election, an increase of just one since 2016.

Over 100 years after the appointment of Constance Markievicz as our first ever female cabinet minister, Ireland has made slow progress towards achieving a more gender-balanced representation in political life. This is despite the efforts of non-partisan political and business associations such as Women for Election, the Women’s Parliamentary Caucus and 30% Club Ireland.

From RTÉ Radio 1's This Week, researcher on women in politics Claire McGing on why so few women were given ministerial positions in the new new cabinet

Why is this the case? Do our perceptions of strong and effective leadership actually include women? Is political office in Ireland attractive or realistic for women? And does the public care about political under-representation by females and minority groups?

Through the Covid-19 crisis, countries with female leaders have reported proportionately six times fewer deaths compared with countries led by men. New Zealand, Denmark, Finland, Germany, Iceland and Norway have all suffered significantly fewer deaths per capita than Russia, the United States, Brazil and the UK, all countries led by authoritarian, bombastic men. In addition, these female-led countries are likely to see less-severe economic recessions ensuing from the crisis. While many countries led by men have handled the pandemic well, few led by women have mis-managed the crisis to date.

An analysis of how these female-led governments are dealing with the pandemic shows commonality in policy initiatives. There has been an early and decisive implementation of preventative measures with a focus on long-term social wellbeing over short-term economic considerations.

Traits frequently associated with female political leaders include pragmatism and attention to detail (Germany's Angela Merkel), empathy and humanity (New Zealand's Jacinda Ardern) and resilience (Taiwan's Tsai Ing-wen). Despite this, commentators caution against generalisations suggesting that women are better leaders. Arguments include few examples (10% of countries governed by women), other factors un-related to leadership, the culture of a country and the possibility of these successful leaders being the exception, rather than the rule.

Barriers to female political representation at national-level include societal norms, gender-role expectations and poor work-family balance. In her book: Madam Politician: The Women at the Table of Irish Political Power, Martina Fitzgerald highlights the gendered nature of voting decisions in the past. Former Tánaiste and minister Mary Harney recalls canvassing in the 1977 general election campaign. One woman who answered a door she knocked-on said "hold on, my husband decides the politics in this house".

Indeed, research in Irish and international contexts shows that women tend to receive portfolios related to traditional feminine roles as care-givers and mothers such as children, education, social welfare, justice, equality and the arts. Last week’s female cabinet and junior ministerial appointments were to portfolios in justice, education, the arts, social protection and health.

The family-hostile life of a politician may also be a contributing factor to low female political participation. The Dáil sits three days per week but a TD's workload includes late-night sittings, votes and committee meetings. As all politics is local, much time is devoted to constituency work, clinics, meetings, the rubber chicken circuit and attending local funerals. There’s also the weekly commute to consider, a particular issue for rural TDs. Job insecurity means that each general election campaign can feel like a six week, gruelling, repetitive job interview.

Women lead the government in 18 countries of the world, representing 7% of the global population. Despite this paucity of representation, female parliamentarians tend to work more collaboratively than men and strive to achieve better outcomes for women and society.

Practical solutions to achieving greater representation by women in politics include gender quotas in local elections, female-specific mentoring and networking opportunities, selecting candidates from outside male-dominated networks and running female candidates for winnable seats. "Women are 50% of the electorate", said Liberia's vice-president Jewel Howard Taylor, "why are they not electing more female leaders?"

Over 100 years since Irish women first got the right to vote and could stand for election, just 22 women have held senior ministerial office in Ireland prior to last week's appointments. They could all fit in a minibus. Forget senior hurling, it’s time for senior camogie!