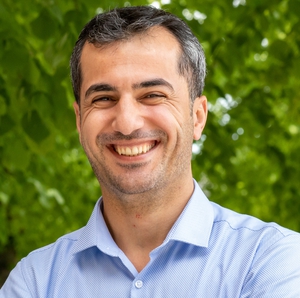 Opinion: the growing number of racial or ethnic minorities in our schools brings both challenges and opportunities

The killing of George Floyd by a white police officer has created waves of protests against racism across the United states and some countries in Europe. The Black Lives Matter movement calls for understanding of when and how race of a victim and offender matters. Understanding this glocalised breakout is vital to the ever growing concern about educational and social accommodation of children of minority races or ethnicities.

In particular, the growing number of immigrant students, increasing diversity of racial or ethnic minorities in our schools brings both challenges and opportunities for promoting harmonious diversity. To bring students of ethnic minority and majority together in one school or classroom does not automatically lead to positive inter-ethnic contacts. In fact, students of different race or ethnicity often experience hostility, harassment, discrimination, bullying or victimisation.

What is race, ethnicity, and race/ethnicity-based bullying?

Physical or sociocultural characteristics that define a race or ethnicity are not fixed. For example, there are considerable differences in physical features such as skin, hair, and eye colour within racial or ethnic groups like Roma, Kurd, and Amazigh across Europe and other continents. Within almost all racial or ethnic groups, there is a variety of sociocultural practices such as differences in language and religious beliefs.

From RTÉ Radio 1's Morning Ireland, Director of the National Anti-Bullying Research and Resource Centre, James O'Higgins Norman, on why some schools are struggling to implement anti-bullying programmes

Does race/ethnicity-based bullying and victimisation matter only when it is prevalent?

Bullying and victimisation based on race and ethnicity has much in common with the more general form of bullying. Both are characterised by power imbalance and proactive-aggressive behaviour, which is target-directed, goal-oriented and repeated. The main difference is that bullies have an ethnical motivation, whereas victims perceive their race/ethnicity as the main reason to be bullied. The bully’s perceived reason appears to be what determines race/ethnicity-based bullying and victimisation.

From RTÉ Radio 1's News At One, a report on how Ireland faces UN examination on combating racial discrimination

To estimate a prevalence rate of race/ethnicity-based bullying and victimisation is the current research trend, which can undermine rather than highlight consequences. Lower rate or one-off incidents of race/ethnicity-based bullying or victimisation does not make it less serious. A single life matters, a child’s school life matters, more than any prevalence rate.

Estimations of the prevalence of race/ethnicity-related bullies and victims are often inaccurate. A widely held belief is that children of indigenous, ethnic, or racial minorities are at higher risk of suffering from victimisation. But this belief is usually based on circumstantial evidence and lacks empirical bases. Findings for the last three decades show no difference between racial/ethnic minority and majority students to be at risk of being either victim or bully. Not race/ethnicity per se, but whether a classroom or school has more or less racial/ethnic diversity matters, namely classroom ethnic composition.

From RTÉ Radio 1's Ray D'Arcy Show, a discussion on racism in Ireland and how to combat it

How does classroom diversity decrease this bullying and victimisation?

Why do school students have or develop such perceptions?

Individuals who identify themselves as privileged or superior race/ethnicity more strongly endorse social dominance orientation beliefs, which are associated with stronger prejudice and discrimination towards out-group. Such beliefs are based on shared ethno-cultural ideologies that provide moral and intellectual justifications for in-group attitudes towards out- groups. This is why students are less likely to bully if they fear disapproval from their in-group peers. The approval or the fear for disapproval is not independent of a state principal, school policy, and teacher attitude and efficacy, especially the value that a state, school, or teacher places on racial/ethnic diversity.

READ: The mixed race Irish kids who feel like outsiders

On the one hand, students of racial/ethnic minority can bully those of the majority to challenge, feel, or gain social power/dominance over the classroom. But on the other hand, students of racial/ethnic majority can bully those of the minority to maintain or feel their own social power. Feeling the racial/ethnical power is a basic function of social dominance, namely racial/ethnic dominance orientation. This feeling, which manifested in the white police officer putting his knee and pressing down on the back of George Floyd to leave him breathless, triggers race/ethnicity-based bullying and victimisation in everyday school life.

Dr Seffetullah Kuldas is a Postdoctoral Researcher at the National Anti-Bullying Research and Resource Centre (ABC) at DCU.