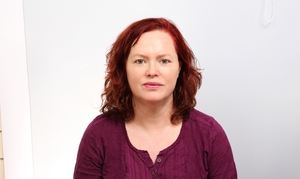 Opinion: That Irish citizens feel like outsiders in the land of their birth on the basis of skin colour remind us that the issue of race is alive and well

As we can note from Colum’s perspective, he seems quite resigned to the notion that Irish identity and whiteness go hand-in-hand and black people are not allowed to stake a claim to Irish identity because of this. In stark terms, black people may be "in" but never "of" the country. In order to be regarded as truly Irish, one must be racially defined as white. Indeed, like several other mixed race (i.e. black African/white Irish) young people aged 4 to 18 that I interviewed as part of a research study, Colum has stated his intention to go "back" to Africa to live when he is older.

Although occupying the official status of Irish citizen (and holding Irish passports), these mixed race young people are not actually recognised as Irish. As they go about their everyday lives, whether at the bus stop or in the supermarket queue, these young people report feeling subject to scrutiny with comments like "how do you like it here?" or, perhaps most strikingly "but, where are you really from?".

From RTÉ lyric fm's Culture File, what can the Irish horror movie tell us about attitudes to race? And can a mixed race guard in an Irish crime series, ever be just a guard?

On the basis of a casual question with usually no malice intended, such citizens are informed that their skin colour means that they cannot possibly be from Ireland but that, they must, in fact, hail from foreign shores. As one young person said, being asked "where are you from?" now and again is not really a problem, but it’s a different story when it happens regularly.

Interestingly, some of the mixed race young people that I spoke to remain attached to the idea that a "return" to Africa (the mythical homeland) will provide the sense of belonging that they crave in the Irish context. In fact, on return from his holidays in his father’s country of origin, one 10 year old boy said that it is easier to make friends in Nigeria because they at least "seem to know that I am African, but in Ireland, I have to tell everyone that I’m Irish".

Yet, the reality is somewhat more complex for these mixed race young people who don’t really experience a sense of belonging in their father’s country of origin either. In most cases, they have grown up immersed in Irish laws and customs at least to a certain extent. It seems that these young people are neither Irish in Ireland nor African in Africa, as the majority of them have visited Africa once or twice on holidays. In fact, it could be said that these young people exist neither here nor there as a dislocated presence in both Africa and Ireland.

Of course, these young people’s sense of displacement in relation to both Ireland and Africa bears marked similarities to what is happening elsewhere in Europe. We have only to look to the 2005 uprisings in the banlieues of Paris by North African youth to get a sense of a generation who are growing up neither here nor there. Although born and raised in France, these young people are not recognised as French but neither are they migrants. Like mixed race Irish young people, they exist instead as a kind of invisible presence at the margins of society who must live out their "difference" silently, almost as "stateless" citizens.

In the absence of a mixed race Irish identity, these young people have no name by which to call themselves. Indeed, during the course of our conversations, they were actively searching for terms that would give expression to their in-between positioning. They referred to themselves as "Hispanic", "Spanish", "whitey brown" and "tanned" as opposed to Irish or for that matter, mixed race Irish. It seems that, quite literally, these young people’s belonging (or lack thereof) has no name. Moreover, the lack of public recognition for mixed race Irish citizens by means of an established group in the Census only serves to emphasise their invisibility in Irish society.

So what are the repercussions for Irish society if we have an emerging generation of mixed race Irish citizens who lack a secure foundation of belonging? Will they, like the mixed race Irish generation who came before them (many of whom were brought up in institutional care), be forced to emigrate?

The presence of Irish citizens who feel like outsiders in the land of their birth on the basis of skin colour serves as a stark reminder that the issue of race is alive and well and thriving in contemporary Ireland. More specifically, how does this fit with our view of ourselves as a progressive and liberal society? Needless to say, this issue of mixed race belonging definitely highlights some rather unsettling issues in relation to who is allowed to be Irish. And this is an issue that will assume greater importance as these mixed race Irish young people move towards adulthood.