Opinion: the complexity of events in Ireland a century ago does not lend itself to generalised statements about unionist history

The extent of the recent controversy around the proposed state commemoration of the Royal Irish Constabulary (RIC) and the Dublin Metropolitan Police was largely unexpected. Some went so far as to say it contributed to Fine Gael’s poor showing in the February general election. Much has been written about this since, including commentary on the government’s response.

Having recently written a book about the history of Derry city and county from 1912 to 1923, I was struck by the lack of historicity in Taoiseach Leo Varadkar’s assertion that the forced cancellation of the commemoration meant a "setback for unity and a setback for reconciliation". Minister for Justice Charlie Flanagan went further, stating that "any unionist looking at this will be rightly very concerned at the idea of reuniting Ireland".

From RTÉ Radio 1's Drivetime, Maurice Manning, chair of the expert advisory group organising commemorations for the decade of centenaries, and Minister for Justice Charlie Flanagan on the backlash against the RIC commemorations

If we look at the experience of just one county, we can see that the complexity of events from a century ago does not lend itself to generalised statements about unionist history, or how unionists feel about their past today. The first person killed as a result of political violence in Ireland during the 1912-23 period was Francis Armstrong, a 35 year old Protestant shot dead in Derry by the RIC as he watched a riot from his front window on August 14th 1913.

Extra police had been drafted into the city from southern counties in response to growing unrest over the home rule issue. In an editorial soon after Armstrong's death, the unionist Londonderry Sentinel newspaper made clear that "irreparable" damage had been done by the "imported police", and that it should be remembered that the RIC was "almost exclusively Roman Catholic".

The police stationed at the Lecky Road RIC Barracks were held with a particular suspicion by some unionists in Derry throughout the 1912-23 period, mainly because most of them were southern Catholics. This suspicion was intensified in June 1920 when a group of policemen publicly offered their resignations in protest at suspected collusion between police, army and loyalist vigilante groups in the city. This came after 20 people were killed during a week of intense violence that also saw innumerable people injured and more ejected from their homes.

From RTÉ Radio 1's History Show, Brian Hughes on how the RIC and their families were shunned in Ireland during the War of Independence

One of those forced from her home by a loyalist mob was the widow of an RIC member. Her husband, Detective Sergeant Denis Moroney, had been killed by an IRA member during a riot only weeks earlier. Ironically, the local IRA unit set up a vigilante police force during the June violence in an attempt to curtail sectarian revenge attacks on Protestant homes and properties.

Unionist distrust of the RIC culminated in the formation of the almost exclusively Protestant Ulster Special Constabulary (USC, also known as the "B Specials") in October 1920. This new reserve force had its roots in the rejuvenated Ulster Volunteer Force (UVF) and the kind of vigilante groups the Derry RIC men were protesting against the previous summer.

The UVF commander in Derry, Colonel George Moore Irvine, boasted in September that he was practically the 'Governor of Derry', since the UVF had been effectively raised above the RIC as the British Army’s eyes and ears on the ground. He was then appointed USC Commander in Derry and set about establishing a headquarters in the old UVF meeting house.

From RTÉ History, Mary McAulliffe on the changing role of the RIC. during the War of Independence

Ulster Protestant distrust of the RIC was most potently symbolised by its replacement with the Royal Ulster Constabulary on June 1st 1922. A commitment to recruit proportionately based on religious demographics was soon abandoned and the new force took on a distinctively unionist and Protestant identity.

The differing perceptions of the new and old police forces held by Catholics and Protestants in 1920s' Northern Ireland perfectly illustrate the complex history of the force and its relationship with the people of Ireland. The communal memory of the early USC in republican parts of south Co. Derry is of a rampaging force that went on a killing spree in the spring and summer of 1922.

When the USC arrived with internment orders at the Cookstown home of Willie Donnelly, for example, his mother met them with a cleaver and threatened she would "cut the head off every one of ye". Sensing an obvious need to defuse the situation, the USC men called in an established, long-serving police sergeant from the area. Mrs Donnelly invited the sergeant in and cooked him a steak ahead of his long journey to bring her son to the Argenta prison ship moored in Belfast Lough.

READ: The forgotten men of the War of Independence

READ: Why commemorating the enemy is so contentious

The Decade of Centenaries has been promoted by the Government as a time to reflect on "fresh insights and constructive dialogue, and to foster deeper mutual understanding among people from different traditions". If the same effort is not extended to understanding the complexities of unionist history, and avoiding the nationalist tendency to view unionism as a monolithic entity, then much of the positive work of the decade carried out thus far will be hopelessly tainted. 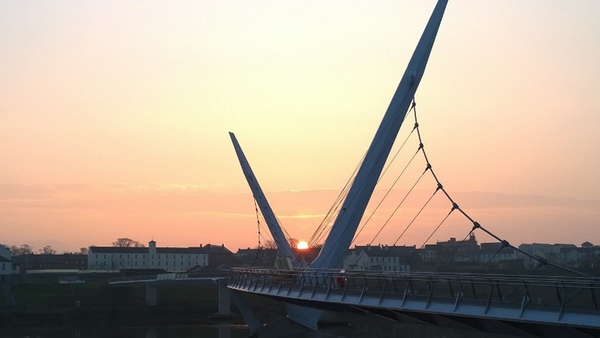