Opinion: as seen by a research project in Derry, we need to listen intently to the power of collective memory to plan the cities of the future

Nostalgia is getting bad press these days. It is being blamed for everything from mild cultural annoyances to the destabilisation of the global political order. There may be little harm in cultural highbrows scoffing at Spice Girls' fans re-living their youth. On the other hand, liberal disgust following the election of Donald Trump and the Leave result of the Brexit referendum is more serious. A large portion of the blame for these supposed disasters is laid squarely at the doors of those who yearn for a time when America was great and Britannia ruled the waves.

But is nostalgia that simple? Does it represent the knee-jerk reaction of the bored, the unthinking and the easily led? Or is there a genuine hope for something better to emerge in the future through our recalling the positive aspects of the past?

The history of working class life is a strong magnet for nostalgia, which seems bizarre at first. In Ireland, the mind jumps to the images of poverty, alcoholism and domestic abuse arising from Angela's Ashes. But it could just as easily land on the humour, warmth and love displayed amidst the social problems in Roddy Doyle’s Barrytown Trilogy.

From RTÉ News, report on how Roddy Doyle's Barrytown Trilogy was chosen as the One City One Book choice for Dublin in 2015

Life and history cannot be understood in binary terms. Perhaps this explains a surprisingly positive reminiscence for a place in an era that appears from the present vantage point as being relentlessly negative. So negative, in fact, that people actually began marching on the streets for change.

The city of Derry is a place with a well-known modern history. Those of a certain age in Ireland grew up watching the city on the news for all the wrong reasons. Now, 50 years on from the nadir of the civil rights movement and the descent into violence commonly referred to as the Troubles, we are watching Derry again – this time in documentaries outlining the severe poverty, discrimination, and eventually violence that came to typify the place.

From RTÉ Archives, RTÉ News report from 1968 on how the RUC blocked the intended route of a Derry civil rights march and baton charged the crowd

Ongoing historical research in Derry is uncovering something fascinating about how people from the most deprived parts of the city remember their history. Perhaps surprisingly, there is a lot of positivity about a time when people were suffering the effects of poor housing, overcrowding and discrimination.

The Rossville Street and Lecky Road area, which later became a focal point of the civil disturbances after 1968, is a fascinating example to explore further. Prior to the conflict, the area was the epicentre of the Bogside. A wide, bustling street with shops, pubs and houses, it was by accounts a lively place. But it is quite different today. All that remains of the original streets is the gable wall of one of the old houses where a local teenager scrawled the words "you are now entering Free Derry" on January 5th 1969.

By then, much of the Bogside had already been transformed. High-rise apartment blocks and modern maisonettes replaced the dilapidated Victorian terraced houses and the long-established shops and other places that served the community. The memories of the old streets now reside solely in the minds of those who lived there or frequented them more than 50 years ago. The new streets are bound up with different memories, some positive, but also many negative, including those of Bloody Sunday and other conflict events.

From RTÉ News, how events unfolded in Derry on Bloody Sunday in 1972

The area bustles today. But that bustle is mainly comprised of camera clicks and tourist coaches passing through on day trips. The residents live in a tourist attraction, some of them acting as tour guides providing authenticity from their own experiences. There is little commercial activity, while physical deprivation blights the entrance to the Bogside on a piece of heavy transport infrastructure that splits formerly cohesive neighbourhoods definitely down the middle. The area retains a strong community spirit, but it continues to suffer the effects of physical, social and economic deprivation. This might help explain why nostalgia can provide a sense of escape even in a place with a bleak past.

Is there anything positive to be gained from this kind of nostalgia? There certainly doesn’t seem to be any major harm in mourning a simpler time when families, friends and neighbours were closer, when people left their doors unlocked and shared what little they had with each other. This is the kind of rose-tinted nostalgia one can find in any location, and which can be largely explained as a reaction to the individualism of recent generations. It represents a starkly sentimentalised version of the past that is partly blind to the crippling problems of the same era.

However, there are deeper levels to this kind of reminiscence. All of the Derry interviewees engaged in the recent research lamented the loss of community they remember from their younger days, but they were also realistic enough to recognise the negatives that went hand-in-hand with the positives. Not a single person advocated for a simplistic return to the rose-tinted past. Each of them enthusiastically welcomed their moves to modern, warm, safe and healthy housing. But this should not preclude them from pointing out that some of the new housing estates were planned or designed poorly, or that some aspects of life in the old slums were better than what emerged in the modern inner-city or suburban developments.

Are we willing to listen intently to how people feel about the area where they live?

It is in this collision of viewpoints that we find the power of memory and nostalgia. The memories of people who have lived in a neighbourhood for their entire lives are a deep mine for engagement and consultation by those who want to improve cities; to make them safer, more liveable, and more sustainable. Such memories and experiences are a powerful resource for architects, planners and designers to draw on when conceptualising urban regeneration projects.

This approach to consultation can more accurately reflect the character, history and heritage of an area in future design. This goes way beyond stripping building facades back to the old brickwork, and envisages heritage-led regeneration as reflective of both the people and the space they occupy.

Are we willing to listen intently to how people feel about the area where they live? Or are we doomed to repeat the mistakes of the past by imposing what the professionals think best? If we are to create the kind of sustainable cities we so desperately need, we need to look beyond our simplistic disdain for nostalgia and harness the power of collective memory towards planning the cities of the future. 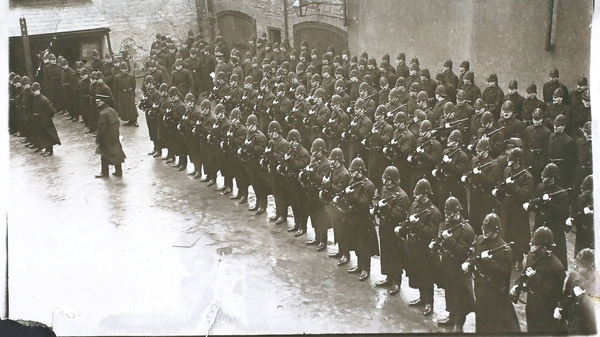 The uneasy relationship between unionists and the RIC