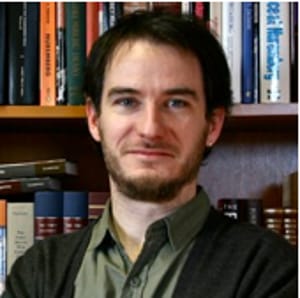 Opinion: the continuing use of the airport by US military may create legal issues for Ireland with the International Criminal Court

The visit in January of United States Vice-President Mike Pence to Shannon airport, where he met with United States troops travelling to Iraq, has again highlighted the ongoing use of the airport by the world's most militarily powerful state. The long-standing arrangement allowing United States personnel to travel through the airport has proven to be both politically and legally contentious.

While successive Fianna Fáil and Fine Gael governments have continued to support the policy of putting the airport at the disposal of the United States in this way, there has been steady opposition from other political parties and civil society groups. Sinn Féin, who received the highest share of first preference votes in the general election, have called for an end to the use of Shannon as a stopping point for United States forces. Outgoing Labour leader Brendan Howlin made a similar call following the visit of  Pence. Protests have regularly been held at the airport since 2001.

From RTÉ Archives, RTÉ News report on the visit of Russian premier Boris Yeltsin to Shannon airport in 1994 when he failed to leave the plane

From a legal perspective, the use of Shannon airport by the United States military has given rise to serious concerns regarding Ireland’s neutrality, as well as its adherence to international human rights law in the context of the "extraordinary rendition" of detainees to Guantanamo in Cuba. Events in Iraq, including the highly provocative killing of Iranian general Qasem Soleimani in January, also raise the question of the potential complicity of the state and Irish political leaders in unlawful uses of military force amounting to aggression.

The Charter of the United Nations obliges states to settle disputes by peaceful means and to "refrain in their international relations from the threat or use of force against the territorial integrity or political independence of any state". Force may only be used in self-defence or pursuant to the authority of the United Nations Security Council. The killing of Soleimani was not carried out with Security Council authorisation, and the United States claim to self-defence is deeply unconvincing. The retaliatory missile strikes by Iran on military bases in Iraq hosting United States troops were claimed as self-defence, but are more accurately characterised as an unlawful reprisal.

Ireland issued a statement expressing its serious concerns with these events in Iraq and joined with the European Union in calling for all parties to de-escalate. The statement’s strongest language was aimed at Iran, with Ireland "condemning the missile attacks overnight which targeted those involved in the fight against ISIS", without any reference to the killing of Soleimani by the United States. Ireland did reiterate its regret that the United States withdrew from the Iran nuclear agreement and emphasised the key role of "dialogue and multilateral agreements".

The unlawful use of force in international relations, such as recently occurring in the Middle East, may amount to aggression. This United Nations General Assembly described aggression as "the most serious and dangerous form of the illegal use of force". Aggression not only gives rise to international responsibility on the part of the offending State under international law, but also the potential criminal liability of political and military leaders who plan, prepare or wage such aggression.

After the Second World War, high-ranking German and Japanese military and political leaders were prosecuted and convicted at Nuremberg and Tokyo for what were then termed crimes against peace. "To initiate a war of aggression", the International Military Tribunal at Nuremberg famously held, is "not only an international crime; it is the supreme international crime differing only from other war crimes in that it contains within itself the accumulated evil of the whole". Efforts in the immediate aftermath of the Second World War to create a permanent international criminal court with jurisdiction over crimes such as aggression took many decades to be realised.

The International Criminal Court which sits in the Hague came into being in 2002 after a sufficient number of States had ratified the Rome Statute, Ireland amongst them. This treaty gives the Court jurisdiction over genocide, crimes against humanity, war crimes and aggression. Jurisdiction over aggression would not be activated until 2018, when states finally agreed on a definition of the crime and on how the court could exercise its jurisdiction. According to the revised Rome Statute, this unique crime involves "an act of aggression which, by its character, gravity and scale, constitutes a manifest violation of the Charter of the United Nations".

From RTÉ Radio 1's Today With Sean O'Rourke, an interview with Fatou Bensouda, the Chief Prosecutor of the International Criminal Court

Ireland accepted the jurisdiction of the International Criminal Court over the crime of aggression in September 2018. Tánaiste and Minister for Foreign Affairs Simon Coveney expressed Ireland’s "unwavering support for the international court" at this time. The International Criminal Court Act 2006 will need to be revised to reflect the court’s new jurisdiction. In addition, the continued use of Shannon airport by United States forces will need to be reconsidered in light of this acceptance by Ireland of the Court’s jurisdiction over aggression.

Following the killing of Soleimani, there have been prominent calls, including from the Iraqi parliament, for the United States to withdraw its troops from Iraq. If the United States were to refuse a demand from Iraq to withdraw its troops from Iraqi territory, this would amount to an act of aggression under the Rome Statute of International Criminal Court. Other United States military actions, including in Syria and elsewhere, are also of doubtful legality under international law governing the use of force.

In this context, allowing United States troops to travel to Iraq through Shannon could amount to Ireland "allowing its territory which it has placed at the disposal of another State, to be used by that other State for perpetrating an act of aggression". This is one of the acts of aggression included in the definition of the Rome Statute of the International Criminal Court. Including such assistance as an act of aggression demonstrates that international law addresses not only States and individual leaders who directly commit aggression, but also those facilitating it. No cases concerning aggression have been prosecuted at the International Criminal Court yet, with its jurisdiction having only just come into effect.

While Ireland and over 120 other countries have accepted the general jurisdiction of the International Criminal Court, neither the United States nor Iraq are currently parties to the Rome Statute. The International Criminal Court cannot prosecute United States' nationals for the crime of aggression, except in the inconceivable case of the Security Council requesting it. But if Iraq were to become a party and to accept the aggression amendments, which is also unlikely but not impossible given the severe deterioration in relations between Iraq and the United States, the risk of criminal liability for Irish political leaders for allowing the continued use of Shannon airport by United States troops would become less hypothetical.

The International Criminal Court has had a mixed record to date in prosecuting war crimes and crimes against humanity. It is an institution under pressure on various fronts. The refusal by a panel of judges to authorise an investigation into alleged crimes in Afghanistan came after a sustained campaign against the Court and its officials by the United States. While prosecution of aggression at the Court may remain remote, given that less than forty States have agreed to this specific jurisdiction, activation of the crime of aggression carries both legal and symbolic weight.

Had the crime of aggression been fully incorporated in the Rome Statute in 2002, it is highly doubtful that the United Kingdom, which was then a party, would have joined the United States-led coalition that invaded and occupied Iraq in 2003 without Security Council authorisation. Even the potential of arrest warrants being issued by the International Criminal Court, however distant prosecution may actually be, provokes serious concern for high-ranking officials.

The International Criminal Court’s revised jurisdiction over aggression places those who facilitate its perpetration by other States on notice of the risks of complicity in the "supreme international crime". With Ireland’s new political landscape likely to bring the use of Shannon airport by the United States under further scrutiny, as predicted in Foreign Policy, those engaged in political negotiations regarding government formation, and with it the assumption of positions of leadership, would be well-advised to bear in mind the new legal dimensions of this enduringly controversial issue. 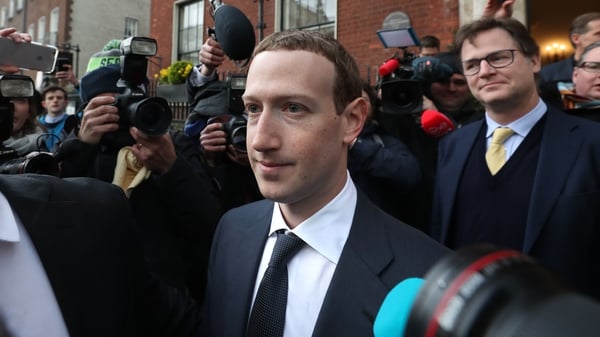 Whose business is human rights?