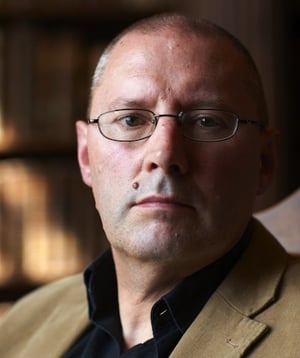 Opinion: the author's work is full of references to events and things which would both endure and re-emerge many decades later

No author can predict the future, yet George Orwell's talent as a foreseer is extraordinary. From the early 1930s onwards, he was astute in picking out things about us that would endure and resurface many decades later. These include antisemitism (especially on the extreme Left), the toleration of authoritarian regimes by the free world, dim-witted materialism, populist politics, brainless nationalism, doublethink as the motor for political discourse, the resurgence of endemic xenophobia and, of course, Brexit.

Most of the usual suspects weren’t alive when Orwell left us in January 1950, but he would not have been surprised by the sight of Donald Trump, Boris Johnson, Michael Gove, Jeremy Corbyn, Nigel Farage, Theresa May, Vladimir Putin, Xi Jinping et al as players in real-life revivals of his plots.

From The School of Life, a look at the life and work of George Orwell

Orwell was antisemitic as a young man but, unlike almost everyone equally disposed then and today, he took a step outside himself, recognised what he saw as evil, confronted its causes and eventually repented. His atonement involved both self-loathing and a terrible recognition that many of his fellow countrymen were as bad as he had been. Anyone who believes that an occupied Britain would have protected its Jews should read his wartime journalism and reconsider. Orwell's assessment of true antisemitism as a form of calculated doublethink tells us a good deal about the state of Corbyn’s Labour Party.

In Spain, Orwell was a hero, risking his life on numerous occasions leading attacks against Falangist trenches and machine-gun posts. He was shot in the throat and rewarded by being accused of treachery by the Soviets and their fellow-travellers in the west. He and his wife Eileen went into hiding in Barcelona and escaped execution by the NKVD, the Russian secret police, by fleeing across the border into France.

He had briefly experienced a version of what been happening under Stalin for almost a decade: dissent led to a show trial and execution. While he loathed poverty, Orwell held the inflexibility of Marxism and communism as solutions in equal contempt. In his view, systems and ideologies which deny human beings the opportunity to live and think as they wish are almost as cruel as inequality.

Travelling among the English working classes, he encountered men and women reduced almost to the condition of animals. Despite himself, he also detected a mixture of apathy and grim resignation, something quite different from the wild energy of revolutionary Catalonia. The proles of Nineteen Eighty-Four were born out of the sad figures of Down and Out in Paris and London and The Road To Wigan Pier. Orwell expected that their conditions would improve, but he was not optimistic regarding a change in a collective state of mind.

Today, intellectual remainers are accused of regarding many of the 17.4 million leave voters as too thick to exercise their democratic rights. Orwell got there first. In his diary, he can only just disguise his contempt for the cheering crowd that greeted Oswald Mosley at a packed speech in poverty-stricken Lancashire. The subtext is glaring: why are meetings held by Labour or the Communists largely ignored? This feeling would be echoed decades later by liberal-left commentators on the packed-houses of Farage’s Brexit Party.

In a Tribune article, Orwell tells of overhearing a conversation between two men in a pub. They agreed that the Poles were taking all our jobs and occupying the dwindling housing stock, but this was 1946 not 2016. Before anyone had thought of the Treaty of Rome and the EEC, Orwell predicted that the major nations of post-war Europe would form a neo-federal union. Most importantly, he diagnosed in one country something that would alienate them from this, a state of introversion and xenophobia that transcends classes and is quintessentially English. Brexit existed long before the Common Market had been invented.

Doublethink in Nineteen Eighty Four is often misunderstood as a form of brainwashing, but Orwell's invention was far more disturbing than that and he suspected that self-delusion was becoming an endemic feature of the modern world. His suspicions have been recently borne out,  Since the Brexit referendum and the election of Trump, the use of language to distort objective reality is not a tool of the Inner Party but rather a co-operative condition. It seems we don’t mind being lied to.

Of course, we have eradicated the nightmare of Nineteen Eighty-Four, haven’t we? On the contrary. We hold out our global trading begging bowls to China, whose ruling Communist Party might as well be using Orwell’s novel as an instruction manual. The Cold War is over, but we still need to heed his warning. China’s version of Big Brother’s totalitarianism is horrifying and not only because it is worse than anything Orwell imagined. In Orwell’s day, the liberal left deluded themselves about the reality of Stalin’s regime. Today, we know about what happens under Xi Jinping and, for the sake of economic expediency, we don’t care. 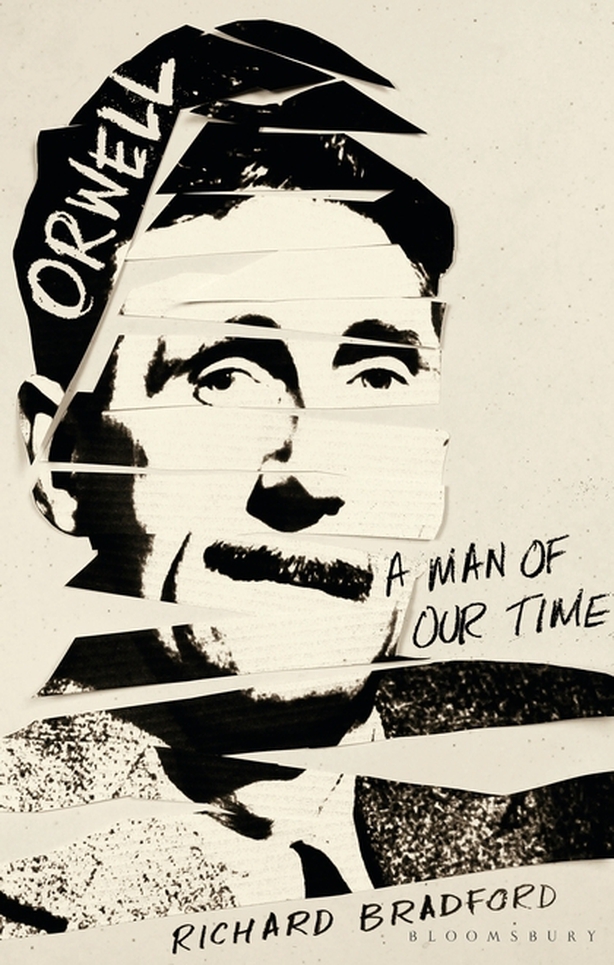 Orwell said of his last novel: "don’t let it happen", but we now seemingly aid and abet it. We might suppose Orwell can rest easy in Sutton Courtenay churchyard given that we’ve prevented it from happening in the rest of the "free world". But go to his descriptions of the ritual of the Two Minutes Hate or look at recordings of Trump conducting chants of "Lock her up!" and think again.

Richard Bradford is the author of Orwell: A Man of Our Time published this week by Bloomsbury Caravel on the 70th anniversary of Orwell's death