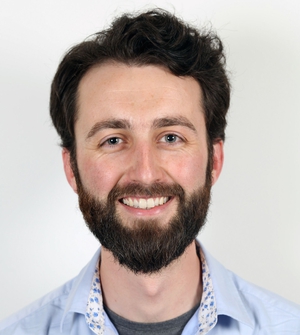 Opinion: delivering timely local adaptation to climate risk will help to minimise the costs of future flooding in Ireland and elsewhere

Climate change has often been characterised as the central public policy issue of our time. It is now regularly framed, both by activists and governments, in terms of a crisis or emergency. But global policy action in tackling this crisis appears faltering at best, as evidenced by the apparent lack of progress at the recent UN Climate summit in Madrid.

A prerequisite for more concerted efforts to limit greenhouse gas emissions is a better understanding of the economic and social consequences of a changing climate. Better information on future risks and expected costs is also required to implement efficient local adaptation policies. Without this, current patterns and forms of economic development risk locking in greater future vulnerability to a changing climate.

One of the expected effects of climate change is an increase in the frequency of extreme weather events, such as flooding, with potentially important social and economic consequences. Rising sea levels and the potential for more intense rainfall events are expected to increase flood risk in many locations. Increased flood risk has also been identified as one of the main threats to Ireland from climate change.

Globally, populations and economic activity are heavily concentrated in flood prone areas; on or near coasts and ocean-navigable rivers. Coasts and rivers have lots of advantages, both in terms of productivity and amenity values. But living on the coast also entails risks in the form of flooding. In forthcoming research, my co-authors and I have found evidence that low elevation parts of cities globally, are about three to four times more likely to be hit by large floods than other urban areas, and yet these vulnerable locations concentrate a higher density of economic activity.

Floods are already costly. Globally, tens of millions of people are displaced from their homes every year as a result of flooding. Here in Ireland, insured losses from recent flood events are in the order of €1 billion (based on information from Insurance Ireland). Moreover, the Irish government has committed to spending large sums on flood relief schemes, with €1 billion of planned public expenditure over the next 10 years. Recent research has also suggested that Ireland could be facing storm surges in future that will cause €1 billion in insured losses, based on a three-metre surge hitting our current housing stock.

While a changing climate is likely to increase the hazard associated with flooding, projections of the costs of future flooding depend heavily on assumptions about future changes in exposure to that hazard. For example, according to one estimate, worldwide costs of flooding could rise from $6 billion per year in 2005 to $52 billion by 2050, based on projected socio-economic changes alone. The scale of the projected increase in losses associated with increasing exposure underlines the importance of the extent to which flood risk is taken into account in private decisions and public planning strategies.

From RTÉ Archives, RTÉ News report by Jennie O'Sullivan about the after-effects of flooding in Cork in 2009

With perfect housing markets, exposure to flood risk and the costs associated with flooding should reflect the productivity and amenity benefits of living in flood prone areas, such as coasts and river-side locations. However there is good reason to believe that this is not the case, given pervasive failures in housing markets related to information (in the form of outdated flood risk maps), and incentives. The latter arises when the risk of living in flood prone areas is borne in part by those living elsewhere, in the form of flood defences and recovery assistance paid from general taxation. In short, where market signals are weak, there may be a tendency towards over-exposure to flood risk.

My recent research on the impacts of very large flood events and recovery of cities worldwide found evidence that relocation away from high risk areas is relatively weak, even in the aftermath of these very large and devastating events. Ongoing work in progress with Tom Gillespie and Ronan Lyons studies the extent to which flood risk affects housing prices in Ireland. Information matters: house prices appear to respond to the release of new flood risk information, with the emergence of a significant price discount for properties located within a 1-in-100 year risk zone. This discount is not observed in areas that have been defended by flood relief schemes, suggesting that the public perception of these schemes is that they have been effective in reducing (or eliminating) the risk of flooding for protected areas.

However, flood defences are expensive and, at times, controversial infrastructure projects. They also come with the risk that, by providing protection, development of flood prone areas intensifies. For example, flood defences built after major flooding in the Netherlands in 1953 resulted in faster long-run population growth in protected areas. This has the potential to create larger future costs, where defences require upgrading or fail, as witnessed by the sad history of flooding in New Orleans. These concerns underline the need to factor in future risks in planning decisions being made today. Choices about where we build the 300,000-plus new houses that will be needed over the next decade will have a large bearing on future costs of flooding.

From RTÉ Six One News, report on how thousands of Dublin city buildings at risk of flooding

While better information on flood risk is a good start, local decision about flood risk management will also require normative decisions in defining objectives and determining what exactly is meant by a "cautious approach" and how "acceptable" risk levels are defined, and by whom. Competing political pressures also pose challenges to decision makers. For example, where urban areas are expanding, the pressure on city planners is "to do it yesterday", but that needs to be balanced against the requirement for good planning. These challenges are exacerbated by uncertainties around future risk.

While uncertainty in climate projections adds a layer of complexity to local decision making, it need not become a barrier to action. A case study of flood risk management in Cork city highlights the importance of stakeholder engagement and the creation of a shared understanding of risk at a local level as a means of overcoming these challenges. Ultimately, delivering timely local adaptation to climate risk will help to minimise the costs of future flooding. 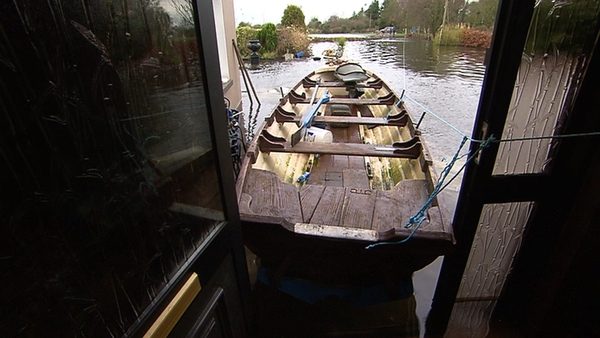 Would you buy a house with a 10% chance of flooding every year?