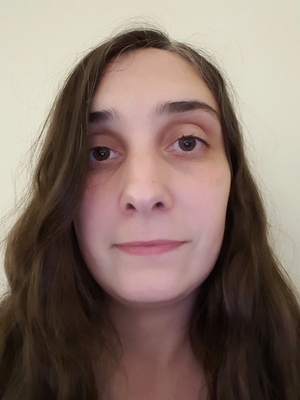 Opinion: issues with current charity law may be restricting the positive effects young voices and ideas could bring to many areas like housing

Climate change is one of the greatest issues of our time and has been so for the last decade and more. However, it is only in recent times that this issue has gained any meaningful traction with the Irish Government and has featured in the last three budgets.

This prioritisation of climate change as a political issue appears to have been in response to growing concern amongst young people, of whom many have not yet attained the legal voting age, regarding the limited future of planet Earth. The efforts of the young international environmental activist Greta Thunberg and her call to young people to peacefully protest for action on climate change within the "Fridays for Future" campaigns have been enthusiastically taken up by Irish youth.

As a result, the majority of Irish citizens are now keenly aware of climate change as an issue rather than previously being passively aware, if at all. The effect of this is that there is now genuine political willpower within the government to tackle climate change. As well as budgetary measures, politicians are increasingly being subjected to media scrutiny regarding their views on this issue. Furthermore, the Green agenda has regained popularity as evidenced in the 2019 local and European elections.

From RTÉ News, Paul Cunningham assesses why the Green Party made significant gains in the local and European elections

So how does this connect to the plight of tenants in Ireland? It is well documented that Irish tenants are subjected to high rents due to a high demand for rental accommodation. Due to this crisis, homelessness is both a reality and a future threat to many Irish citizens. It is also true that this issue has received indepth media scrutiny, there is public awareness of the matter and the crisis is being managed by government via the Department of Housing.

But what arises from a comparison of the issues of climate change and housing is an imbalance in the levels of youth engagement. Younger voices on housing may have a positive effect in terms of elevating the status of this issue within government. Youth involvement in additional issues of civic society is beneficial and may be generated by encouraging youth participation in charitable activities to observe the difficulties which permeate society.

However, there are many surprising issues with current charity law which may dampen or restrict the positive effects that youth involvement with charities may bring. The Charities Act 2009 was responsible for the subsequent establishment of the Charity Regulatory Authority (CRA) in 2014. This regulatory body has many functions and one of these involves placing an onus on charities to meet many administrative requirements that are intended to substantiate accountability within the charitable organisation. Expected administrative requirements have been recently summarised by the CRA within the Charities Governance Code published in 2018 and extend over six categories: advancing charitable purpose; behaving with integrity; leading people; exercising control; working effectively; and being accountable and transparent.

From RTÉ Radio 1's Morning Ireland, Eamon Timmins, Head of Communications and Stakeholder Engagement with the Charities Regulator, talks about a new governance code for charities

Imposing administrative duties on charities to enforce accountability standards has two effects. Firstly, it ensures that lawful charities behave with integrity and may encourage the public to donate to such a charity. Conversely, though, rigorous accountability standards detract the charity away from their charitable mission as more time is required to fulfil administrative duties, thereby impacting negatively on the range of potential beneficiaries of charity.

A balance needs to be struck between the essential administration required of a charity that satisfies the regulator that accountability is achieved and maximising the time available to a charity to dedicate to the needs of its beneficiaries. A charity that is pressurised with excessive administrative duties may not have the capacity to directly encourage youth activism in its charitable activities.

A second issue with current charity law is its silence regarding the regulation of "contract culture." This term refers to charities entering into fiscal arrangements with government to provide social services to the public. This concept originated in England and Wales and was first embraced within government policy in Ireland in 1997. The value associated with these partnerships is founded on the idea that charities appear to be best placed to provide public services due to the familiarity of their personnel and volunteers with the intricacies of the particular difficulties suffered by the beneficiaries of their charitable activities.

There are both advantages and disadvantages to charities engaging in partnership with government. An advantage is that a charity has gained much needed funding when awarded a government contract, thereby ensuring its survival. Conversely, an unregulated contract culture reduces the overall capacity of the charity sector: larger charities are more suited to the delivery of public services and are more likely to be successful in acquiring government contracts. This causes difficulties for the survival of smaller charities within the sector and hence reduces the opportunities available to young people to volunteer for a charity.

Since contract culture may exist outside of legislation, awarded contracts may also make additional administrative demands of charities which may only worsen the time pressures that charities are already under, thereby detracting from the capacity of the charity to encourage youth activism within its activities. Legal reform of the Charities Act 2009 may be required to solve some of these issues. A dynamic charity sector may subsequently provide opportunities for the benefits to civil society that youth activism in charities may bring.