Opinion: in a world of Donald Trump and Brexit, it seems that the fashion industry is still dancing

Fashion month has concluded after almost four weeks of continuous designer showcases. While the clothes and accessories were, of course, the real stars of the showcases - or the justification for having a showcase at all - it is always interesting to consider fashion in the context of its surrounding environment.

Fashion is so often deemed to be reflective of the society it lives within. Consumers globally may be feeling a sense of political, economic and environmental uncertainty, yet the fashion industry seemed euphoric, celebratory and unconcerned with the possibility of potential doom and gloom. In contrast to the traditional runway format, models were smiling. There were choirs, a marching band and dancing - a lot of dancing.

New York Fashion Week presented a particularly defiant sense of triumph in Trump's America, whether this was a defiant act of "the show must go on" or a distracting mechanism like consoling a upset child with a shiny beautiful object, Feeling unfazed by its unfolding political situation, New York fashion week may at times have felt slightly unauthentic and derived, though very little in fashion is by chance or uncalculated. Designers and brands will continuously consider the message they are delivering through their showcases.

Back in April after the appointment of Tom Ford to head the Council of Fashion Designers of America, Business of Fashion noted that  "at a time when Donald Trump's America is turning away from the rest of the world, Mr Ford, who has spent half his life working and studying in Europe, says he will reach out because 'if American fashion is going to flourish, it has got to drop the idea that it’s American fashion and become global'."

Across the Irish Sea, London Fashion Week also delivered a defiant showcase of celebration. It may have felt less theatrical than the New York dramatics, but the agenda felt crystal clear. This was a celebration of talent and, most importantly, the best of British and European talent.

It's clear too than a no-deal Brexit would have a catastrophic impact on the British fashion industry, which is estimated to be worth £32 billion to the UK. According to the British Fashion Council, switching to World Trade Organisation (WTO) rules would cost the fashion industry between £850 and £900 million. While businesses are having to assess the impacts of WTO tariffs, it is unclear if it's the businesses or the consumers who will take on the additional costs . Either way the industry will be impacted hugely. Additionally, the fashion industry employs more than 890,000 people, a figure just short of those employed in the financial sector, and global talent has always been drawn to London as a fashion capital of the world.

Undoubtedly the fashion industry is facing huge challenges, but the notion of escapism and fashion redefining perceptions in society is not a new concept. Look at the Christian Dior: Designer of Dreams exhibition which ran at London's V&A for most of this year and was visited by nearly 600,000 people, a record-breaking number.

The exhibition was opened by the 1947 Bar Suit, a look famously now referred to as The New Look. After the war time rationing and repurposing of fabrics and fashions purpose, Dior’s New Look was revolutionary and the idea of opulence, excessiveness and the rediscovery of prosperity was evident. In ways, it could be argued that Dior’s vision appealed to a society that wanted to look forward and also have a nostalgic nod to life before the war.

When you examine the September showcases, there were acknowledgements of history and a clear return of tailoring in a marketplace dictated recently by streetwear. Buried in places behind the choirs, marching bands and dancing, the garments of fashion month did feel more grown up in some capacities and amplify just how influential fashion is on society. J-Lo took to the Versace runway and reminded us all of the dress that inspired Google Images. The music continues to play and fashion continues to dance. 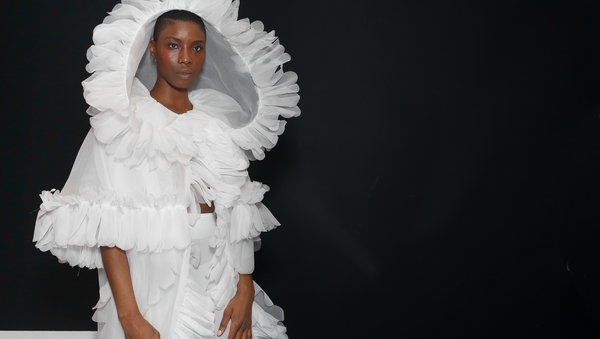 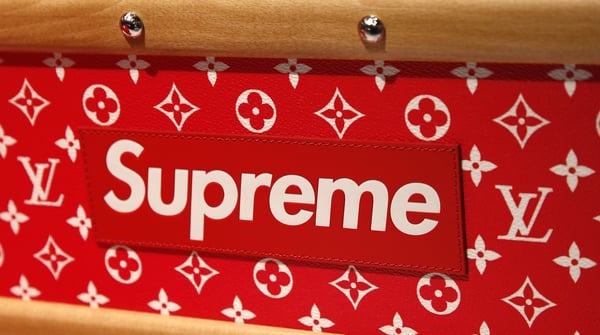 How streetwear moved beyond the streets 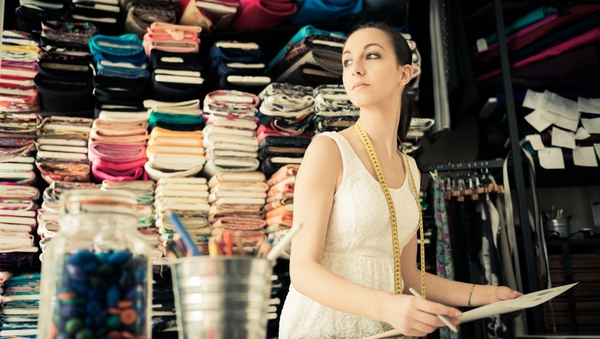 Does fashion have a mental health problem?