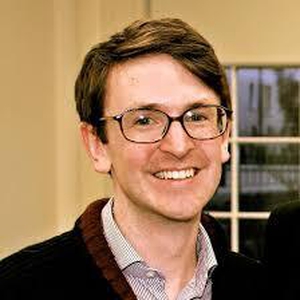 Opinion: one in every nine prisoners in Ireland is serving a life sentence and the number of lifers increased by 158% between 2001 and 2017

There has been a significant increase in the use of life imprisonment around the world. A global study found that the population increased from 261,000 in 2000 to an estimated 479,000 in 2014. Life imprisonment was adopted as the alternative to the death penalty and has become the most severe punishment available in most countries. But while the death penalty was used very selectively, its alternative has been employed more frequently and to a wider range of offences and offenders.

From RTÉ 1's Claire Byrne Live, Catherine Carolan describes life after the loss of her son, Leo, who was murdered by Charles Cleary in October 2016. Cleary received a life sentence in January 2018 for the crime

Some countries define murder more broadly than others.  There may be differences in terms of the levels of seriousness within the murder offence category (aggravated murder, first degree murder etc). The more narrow the definition, the less people that will be convicted of the offence. These individuals may be convicted of a lesser form of homicide where the life sentence is not available as a mandatory punishment or is less likely to be imposed.

In Ireland, as well as having a mandatory life sentence for murder, we also have a broad definition for the offence. A person may be convicted of murder where the "person intended to kill, or cause serious injury". In other countries, a person who intended to kill would be convicted of a more serious offence than a person that intended to cause serious injury and would, as a result, be sentenced to a more severe penalty. Similarly, some countries require premeditation as a component of the most serious form of homicide, but premeditation is not required in Ireland to convict a person of murder.

From RTÉ 1's Nine News, a CSO report shows that one in every two prisoners commits offence after release

Is a person who premeditated and intended to kill more culpable than a person who, in the heat of the moment, intended to cause serious injury but did not intend to kill? Should a person motivated by anger or revenge be distinguished from a mercy killing, where the person intended to kill but for reasons to do with the victim's ill-health?

Legally, a judge cannot draw these types of distinctions when sentencing a person convicted of murder. Uncomfortable as it might be for us as a society, the reality of homicide is that while the harm caused from the unlawful killing is the same - the death of a person - there are different states of mind that may make an individual more or less blameworthy. A broad definition means that more offenders that unlawfully kill will be convicted of murder than in other countries and the automatic outcome of this is a life sentence.

Life sentence prisoners may be released from prison and, due to the mandatory nature of the sentence, the Parole Board are often put in the position of trying to assess the seriousness of the offence in terms of time served prior to being released back into the community. This type of judgement is usually arrived at by a trial judge when sentencing the offender when imposing a determinate sentence. The parole system is currently undergoing a process of change but the issue of the mandatory life sentence remains.

Because of their indeterminate nature, life sentences present a specific set of challenges for the Irish Prison Service in terms of sentence management. The lack of certainty about release can cause a lot of difficulties in terms of resources and planning. Uncertainty regarding release also causes great anxiety for victims’ family members.

Is there an appropriate alternative to the mandatory life sentence for murder? It is highly likely that if the life sentence was discretionary rather than mandatory it would be imposed far less frequently. This would not necessarily mean that there would be a reduction in time served in prison.

A recent decision of the Supreme Court produced guidelines for sentencing in homicide cases. The court noted that in some cases a person may be convicted of manslaughter but their culpability may be indistinguishable from murder. In such cases, the court stated a sentence of between 15 to 20 years would be appropriate. Indeed, there have been cases where a person has been sentenced to 20 years imprisonment. Interestingly, the average time served by a life sentence prisoner prior to release from 2008 to 2017 was 19 years.

READ: how can we address Ireland's recidivism rate?

Given these guidelines, providing trial judges with discretion in sentencing would not necessarily mean that a person serves less time in prison. But it would mean that the trial judge could make an assessment of the appropriate length of time that the offender should serve based on all the information available. A life sentence could still be imposed in exceptional cases. Reforming the mandatory life sentence could bring greater certainty to sentencing in homicide cases without compromising on the issue of time served for those that commit the most serious offences.

Dr Diarmuid Griffin is Programme Director of the Law, Criminology and Criminal Justice degree at NUI Galway. He is the author of Killing Time (Palgrave, 2018).