Analysis: aside from that infamous phone call with Donald Trump, a bigger issue for Volodymyr Zelenskiy is the conflict with Ukraine's noisy neighbours

During his presidential campaign and at the outset of term of office, the new president of Ukraine, Volodymyr Zelenskiy, stated that his priority was to bring the ongoing de facto war with Russia to an end. The conflict has already cost Ukraine more than 13,000 lives and expectations are high among the electorate about stopping the war.

On several occasions, Zelenskiy has stated that "it is just necessary to stop shooting" to stop the conflict in Donbas. Apparently, the president and many Ukranians genuinely believe that stopping the fighting would bring the bitter conflict in eastern Ukraine to an end. But is it actually possible to stop the war by bringing the armed phase to an end?

First of all, one must understand that it takes two to tango. Five years ago at the beginning of his presidency, former president Petro Poroshenko also believed that he could quickly finish the conflict in Donbas, but he gradually realised that Russia had no interest in ending the war. Moreover, the Kremlin denies any involvement in the conflict, despite plenty of evidence of both material support for the so-called Donetsk Peoples and Luhansk Peoples "republics" and direct military involvement. Russia continues to claim that there is a "civil war" in Ukraine which they have nothing to do with.

It is important to understand that, right from the collapse of the Soviet Union in 1991, the leadership of Russia sought to overcome the results of the breakup of the Soviet empire. Boris Yeltsin believed that the formation of the Commonwealth of Independent States (CIS) was just the beginning of a new post-Communist union. Even some well-known Russian liberals like Anatoliy Chubais have talked about the building of a new "liberal empire" in what Russia calls its "near abroad". In a famous speech in Munich in 2007, Vladimir Putin called the collapse of the USSR "the greatest tragedy of the 20th century".

Since then, the logic of all actions taken by Russia clearly demonstrates that Putin’s revanchism was all too real and he remains absolutely committed to restoring the empire. Every move made by Russia’s former imperial subjects towards the west is taken by the Kremlin as an unwelcome encroachment by western powers into the sphere of their interests and as an intrusion into Russia’s backyard.

Because Russia is much weaker economically and militarily and can’t fight the west directly, Putin has been using so-called hybrid warfare methods in Russia’s confrontation with the West. These include interference in elections in the US, France, Germany, Central African Republic and elsewhere, as well as in the Brexit referendum; the murder of Alexander Litvinenko and attempt to poison the Skripals in the UK; an attempt to assassinate Montenegro’s prime minister Milo Djukanovic; the constant provocations by Russian military aircraft into air space of NATO member states; support of dictators from Syria to Venezuela, the occupation of parts of Moldova, Georgia and Ukraine and the annexation of Crimea.

All of this demonstrates that Russia’s involvement in Ukraine should be considered within an overarching framework of geopolitical power projection, one of many sharply defined fronts in Russia’s undeclared global war with the liberal west. Stopping its hybrid occupation of the territories of eastern Ukraine goes against the logic of Putin’s grand plans.

Ukraine also has a symbolic meaning in Russia’s imperial narrative as the "cradle" of Russian civilisation. There is a famous quote attributed to Otto von Bismarck that "without Ukraine, Russian empire is impossible".

Many western politicians either don’t see or turn a blind eye towards Putin’s aggressive politics and try to continue business as usual with him. The French government's recent effort to reset relations with Russia is just the latest example of this. Others try to pacify him, hoping that if Putin gets what he wants, he will stop. This kind of shortsighted politics is utterly ignorant of historical precedents when those who tried to appease aggressors often ended up being cannibalised by those forces.

From RTÉ Radio 1's Today With Sean O'Rourke show, an interview with author Mark Galeoti about his book "We Need To Talk About Putin: How The West Gets Him Wrong"

So will Zelenskiy succeed in his efforts to stop the war in Donbas? The answer, I am afraid, is no. Putin needs the whole of Ukraine, either as a constituent part of the renewed Russian empire or as a loyal satellite state controlled by Moscow. A deal with Russia will be possible only if Ukraine gives up its independence and its aspirations to become part of a free constellation of states. Any deal is impossible at least until there is a change in Russian leadership, which is unlikely to happen any time soon.

There are also internal political reasons for the Russian leadership to refuse to change its behaviour on the international stage. For Putin, whose popularity is based on his image of a strong man, giving up on his imperial project would mean the loss of popular support and eventually the loss of power. The latter would inevitably lead to prosecution and, potentially, imprisonment.

READ: will Ukraine's new president have the last laugh?

It seems that Zelenskiy, a complete political novice, still does not understand the geopolitical and internal Russian causes of the conflict. He shows a naivety in this respect and it could take some time until he realises that the resolution of the conflict lies in Moscow and not Kyiv. Until the Kremlin sees that the cost of maintaining the conflict is way too high for Russia, the prospect of ending it seems to be entirely illusory. It is certainly unlikely to happen while Putin remains in power. 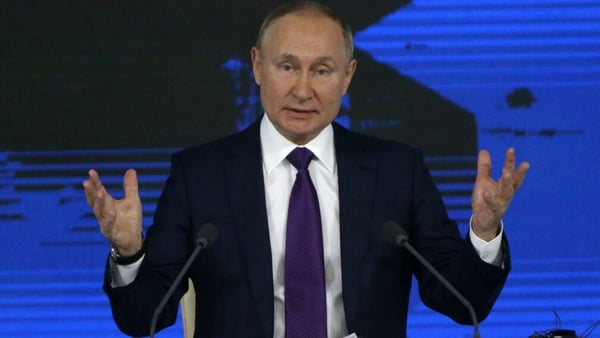 'Make Russia great again': why Putin is a man on a mission 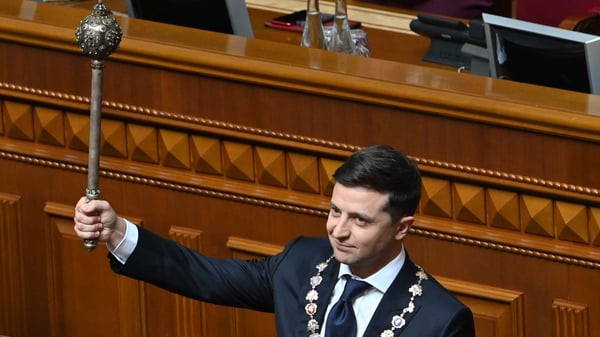 Will Ukraine's new president have the last laugh?