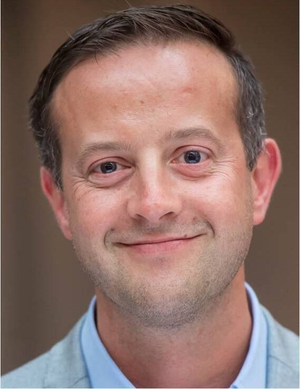 Analysis: climate change's influence on air quality, pollution and pollens is bad news for those with respiratory disorders

Asthma is an inflammatory condition of the airways that negatively influences people's ability to breathe which unfortunately affects a large number of people in Ireland. While asthma-type symptoms were recorded even in Ancient Egypt, documented rates of asthma globally have shown a significant increase since the 1960s. The national incidence of asthma in Ireland is unknown, but a recent report from the Irish Thoracic Society estimates that 21.5% of Irish children and 7 to 9.4% of Irish adults have asthma. This puts us at the wrong end of world rankings for asthma rates.

A wide range of lifestyle and environmental factors could contribute to the development of asthma. For example, changes in our 21st century diet might be important. Obesity is associated with an increased risk of asthma, while diets rich in certain foods such as fish, fruit and vegetables have in some studies been associated with a decreased risk, especially in children. Exposure to biodiverse environments, rich in protective microbes, may help to better educate the immune system so that it doesn’t overreact and cause inflammation or damage in the lungs.

From RTÉ Radio 1's Morning Ireland, Sarah O'Connor from the Irish Asthma Society on how a new approach is needed to fight asthma which is costing almost €500 million a year at present

Many people with asthma are also allergic to tree or grass pollens and allergen-driven inflammation can lead to and worsen symptoms. Last, but not least, air quality, or more specifically air pollution, significantly impacts respiratory health. In real life, each of these risk factors do not occur in isolation. The complex additive interactions between these lifestyle and environmental factors are more important than any single factor on its own.

What about climate change? Could climate change be an additional interacting factor that might have unexpected consequences for those with asthma? The World Health Organisation has already stated that the expected health effects caused by climate change will be amongst the most relevant health issues to be addressed in the coming decades. This may be particularly important for those with respiratory disorders, such as asthma.

Climate change can alter our exposure to pollution. Both global warming and solar radiation contribute to the formation of secondary pollutants in the atmosphere. Climate change is also associated with altered air flow characteristics within the atmosphere that regulate the transport, dispersion, concentration and depositing of both chemical and biological pollutants. All of this influences air quality and pollutant exposure at ground level.

From RTÉ Radio 1's News At One, Patrick Kenny from the EPA on The Times Ireland edition's report of how air pollution breached safe levels in Ireland 84 times in the first 5 months of 2019

Climate change can also influence exposure to the allergens that can cause asthma symptoms. For instance, growing/flowering seasons are starting earlier and becoming more prolonged. This results in more pollens in the air over a longer time frame, which is bad news for those who are allergic to these pollens. Changes in climate can also facilitate the expansion and establishment of new invasive allergenic plant species in territories such as Ireland, where they previously could not flourish. This further contributes to the pollen load.

Also there can be unexpected effects of climate change such as the recently described Thunderstorm-associated asthma attacks. We don't know for sure why this happens, but it is thought that thunderstorms pull pollen grains up to higher levels within the atmosphere and when they come in contact with moisture-rich clouds, they rupture. This generates much smaller pollen fragments that return to the ground via downdrafts. Intact pollen grains are usually too big to go into the lungs (they can get stuck in the nose), but these ruptured fragments are much smaller and they can be breathed into the lungs at high doses and cause an asthma attack. As climate change is predicted to bring more frequent and more severe storms, then this could be a problem for asthma patients who are allergic to these kind of pollens.

From RTÉ Archives, Michael Ryan reports for RTÉ News on asthma in Ireland in 1987

What can we do about this? The effects of climate change are already present and even the most optimistic models suggest that climate change will persist for several decades. This means that we will have to deal with the associated health effects for many years to come.

We need a joint effort between researchers and public administrations to design and implement asthma prevention and care plans. This process must engage and empower the public and patients at all stages. For example, a more attentive approach to planting and caring for public parks and green areas might limit the growth and spread of the most allergenic species, while maximising biodiversity of the least-allergenic species. The integration of smart mobile technologies with pollutant and pollen monitoring stations could allow for real-time alerts within defined localities to minimise exposure for those who are most at risk.

READ: What are the health implications of plastics?

But perhaps one of the most important lessons for us to realise today is that we have seriously underestimated the complexity and intimacy of the biological interactions that exist between humans and the environment in which we live, both at the micro and macro levels. The more that we disrupt the environment, the greater the consequences will be on our health.

Professor Liam O'Mahony is professor of Immunology at the Departments of Medicine and Microbiology and the APC Microbiome Ireland SFI Research Centre at UCC.