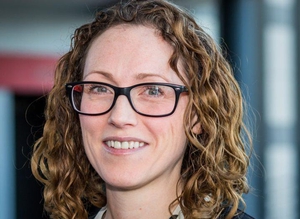 Opinion: while we know what plastics are doing to the environment and wildlife, research is needed to examine their effect on human health (tá leagan Gaeilge den alt seo thíos)

There are currently more than 150 million tonnes of plastic in our oceans and waterways. Recently, the EU voted to ban single use plastics such as cotton buds and straws. While plastic pollution on beaches is unsightly, and has a clearly detrimental effect on aquatic wildlife such as birds, fish and turtles, the question of how human health is actually impacted remains under-researched.

One thing that we do know is that as plastic is degraded in the environment over time, it breaks down into smaller and smaller pieces, known as micro and nanoplastics (<5 mm and <1000 nm). In addition to pollution with refuse such as plastic packaging, vast quantities of micro and nanoplastics are transmitted to our waterways from washing of clothes with synthetic fibres, use of personal care products, and items such as fishing nets.

Microplastics and nanoplastics in particular are not easily removed from drinking water treatment plants and are now known to bioaccumulate in the food chain. Microplastic particles have already been found in several seafood species, such as fish, shrimps, and bivalves such as mussels. They have also been found in other foods, such as honey, beer, salt and sugar, as well as in bottled and tap water,

Nanoplastics are much more difficult to see due to their small size and there is no agreed method for their detection in the environment or in foodstuffs. Most of our exposure is probably not related simply to ingestion however. For example, the dust from our tumble dryers and in our houses is full of microplastic fibres (inhalation), as are many cosmetic products (dermal contact). As such it is not surprising that microplastics have been detected in human faeces.

So onto the health impacts. One problem is that plastic particles can act as a carrier for pollutants that we know are definitely bad for human health, such as metals, pesticides, polychlorinated biphenyls (PCBs). They are being concentrated on these plastic particles which is a route to higher human exposure than might otherwise be the case. They can also change the biological effects of the pollutant itself. Plasticisers such as phthalates and bisphenols are added to plastics to make them flexible and have been shown to affect the human reproductive system and fertility, and cause problems in developing foetuses during maternal exposure in pregnancy.

While microplastics seem to have a reasonably benign impact, nanoplastics have been shown to impair fertility of oysters and to impair immune system responses in fish. Much more research is needed into the impact of nanoplastics on human health and we have no research as yet on the long term effects of chronic exposure with multiple types of plastic and multiple exposure routes.

DCU Water Institute, funded by the EPA and led by Dr. Sandra O’Neill, is currently embarking on a study to examine the effect of micro and nanoplastics on the human immune system. Studies on other types of non-plastic nanoparticles have shown effects on the central nervous system and reproductive systems in humans and it is likely that detrimental health impacts from nanoplastics will also be found as the research progresses.

Unfortunately, there is little that we can do at this stage to avoid exposure to micro and nanoplastics in water and food. Research is ongoing to develop technologies for detection and minimization or removal from drinking water, but this is going to prove particularly difficult for nanoplastics. For example, there is no evidence to suggest that eating organic food will reduce exposure. It is likely that exposure by inhalation accounts for far higher than ingestion, although reducing cosmetic use such as spray antiperspirants and nail varnishes may help.

Infant exposure to plastics and plasticisers is higher on mg/kg basis than adults. Disposable nappies have only been widespread for the past 30 years so the long term health impact of two to three years of wearing plastic in direct skin contact 24/7 has yet to be examined. Along with using less single use plastic items, one relatively easy change that many households can make is to switch from disposable nappies to cloth nappies, and from disposable women’s sanitary products to more health and environmentally-friendly items such as menstrual cups and cloth sanitary pads.

While this may seem like a lot of extra work, for nappies, it amounts to an extra load of washing every four to five days. We know at this stage that washing clothes made of synthetic materials (fleece, polyester, acrylic, nylon etc) will shed microfibers into the water cycle. One innovation that aims to reduce transmission is the Guppy Friend, a bag which catches microfibers during the washing cycle, which can then be disposed of appropriately.

Transmission of micro and nanoplastics in our environment seems inevitable given the ubiquitous nature of plastics in modern life. We need to raise awareness of the lack of knowledge on how this is actually affecting our health and change our attitudes and lifestyles accordingly.

Dr Jenny Lawler is Assistant Professor and Head of the Membrane and Environmental Technologies Group at the School of Biotechnology and DCU Water Institute at DCU.