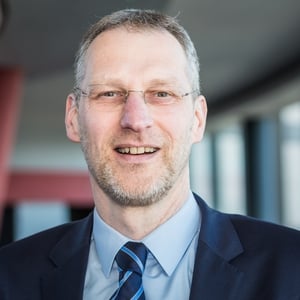 Opinion: analysing how Brexit will affect Germany has meant a better understanding of the benefits of the EU and the challenges faced by Ireland

Brexit has been front and centre of news coverage and debate in Ireland. While it is natural for the Irish focus to be on the impact of Brexit on Ireland, the way Brexit is perceived across the EU is also important, given that the EU is negotiating on behalf of 27 member states. Indeed, Brexiteers have regularly claimed that economic interests, particularly in Germany, will mean that a deal is ultimately done that might disregard the important border issue in Ireland.

So how is Brexit perceived in Germany? It is important to distinguish the opinions among the general public on the one hand and those of business and the policy making community on the other. In the run-up to the 2016 referendum, few Germans believed that there would be a vote for Brexit in the UK. This was followed by disbelief about the referendum outcome but the implications were not fully realised.

While some commentators in Ireland remarked about the fact that Brexit did not feature in the German general election debate in September 2017, this was not really surprising to anyone familiar with German politics. Germany was busy with other problems, such as the fallout from the so called migration crisis (Flüchtlingskrise), the rise of the far-right AFD party, education, the potential ban of diesel cars in German cities and climate change.

From RTÉ Radio 1's Drivetime, Michaele Kufner from Deutsche Welle on the stalled attempts to form a government in Germany after the 2017 election

However, as a date for Brexit has come closer, the Brexit issue has been receiving increasing attention. While this has included the potential negative consequences of Brexit on Germany, the issues relating to the border on the island of Ireland have also been highlighted.

Opinion polls shortly after the referendum showed that 74% of Germans were against the UK leaving, but this has now dropped to about 60% of the population. Some in favour of Brexit have an anti-EU attitude and would prefer Germany also to leave the EU. However, the increase in the share of the population who now want the UK to leave the EU reflects a frustration with the manner in which the UK has gone about negotiating the withdrawal agreement and the delays in Brexit. There is significant bemusement and no small degree of schadenfreude about the political chaos in Westminster.

Despite what had been hoped for by Brexiteers, German industry has firmly held the line that there can be no cherry picking when it comes to the fundamental four freedoms of the EU. This was reiterated by the head of the Federation of German Industry, Joachim Lang, in Dublin last week, who also offered emphatic support for the backstop.

German business would prefer a situation where the integrity of the customs union and single market is not threatened along the Irish border, which is what the backstop guarantees. Allowing the UK to set a precedent in cherry picking benefits of the EU would unravel the extensive set of trade agreements which the EU has signed with other countries, something which would threaten German industry more than cost increases in trading with the UK. Some 41% of German goods are exported to third countries, 53% to other EU member states and just 6% to the UK.

Support for the indivisibility of the EU freedoms is also shared by German businesses with operations in the UK. They employ significant numbers of non-UK EU citizens, and hiring or retaining such skilled workers is likely to become more difficult post Brexit.

German industry is keenly aware of the supply chain linkages which post Brexit would increase costs, at least in the short-run. However, over the medium- to long-term, increased costs and delays in sending and receiving goods and services from the UK coupled with local content requirements for key EU export markets is likely to result in the UK losing production.

Some car manufacturers have already signalled that Brexit will affect their investment decisions and this will extend to parts suppliers. Thus, the UK car industry, which is now largely foreign owned, is likely to shrink but, rather than selling fewer cars to the UK, the German car industry might actually end up selling more. The same might happen in services, where certain financial services will need to move from London, and Frankfurt is vying with other financial centres to attract these activities.

Importantly for Ireland, the sensitivities around the border are understood by most German politicians, given the fact that walls separated Germany along the so called Inner-German Border for 28 years. The German Chancellor Angela Merkel referred to this during her visit to Ireland earlier this year when she said "I come from a country that for many, many years was divided by a wall. I lived behind the Iron Curtain so I know only too well what it means once borders vanish".

From RTÉ Radio 1's News At One, German ambassador to Ireland Deike Potzel on Chancellor Merkel's visit to Ireland to get a "clear picture of the current situation here"

The point was reiterated by the German ambassador to Ireland, Deike Potzel, recently and there has been a steady stream of German parliamentarians and senior officials visiting Ireland to discuss Brexit issues. Germany is committed to the Backstop, or any alternatives, that would have the same effect and keep the border open.

While Brexit is seen by most Germans as a negative development, one can also see some positives. Analysing and thinking about the way Brexit will affect Germany has resulted in a much better understanding of the benefits of the EU. Likewise, the particular challenges faced by Ireland and the parallel to the German border issue has led to a deepening in the relationship between Germany and Ireland.

Professor Edgar Morgenroth is professor of economics at DCU Business School, an affiliate of DCU Brexit Institute, a member of UK Committee of the IIEA and an independent member of the National Economic and Social Council