Germany is the backbone of the EU, and its largest economy. Its Chancellor plays a key role - and an increasingly influential one - on the world stage.

Make no mistake, the outcome of tomorrow's Bundestag election matters arguably more than any other national election in the EU. 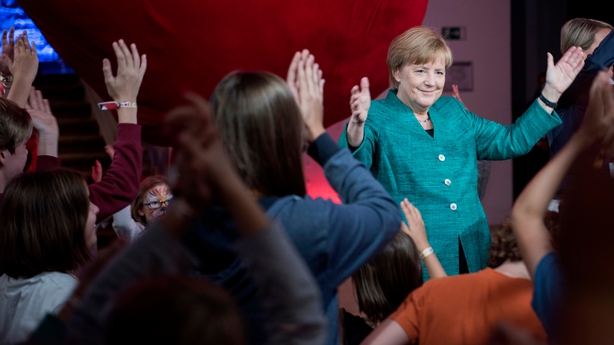 Angela Merkel wants a fourth term as Chancellor. Sometimes referred to as "Mutti" ("Mother", although she does not have children of her own) the 63-year-old's centre right Christian Democrats are so far ahead in opinion polls that focus has shifted to what her options are likely to be when it comes to forming a government.

In 2013 that process took 86 days (a record; it takes on average 46), eventually resulting in a coalition with the left-leaning Social Democrats (SPD). 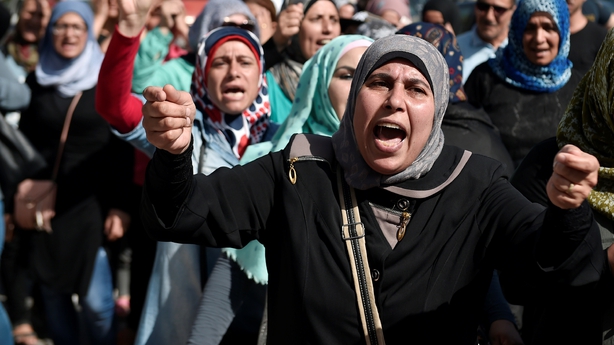 When this election campaign kicked off, Ms Merkel was still recovering from the fallout from the 2015-16 refugee crisis, when she opened Germany to more than one million asylum seekers.

Berlin had just been struck by a terror attack, US President Donald Trump's attitude to the Chancellor was verging on hostile. To add to her woes, the SPD had a new leader whose popularity was sky rocketing, with some pundits predicting the election would see him seize the chancellorship.

Top of the polls

Just months later the CDU, riding high in the polls (36%), has dispatched the SPD to a distant second place (22%). Overall, however, that is a ten-point fall for the coalition partners compared to the last election.

There are four other political parties to consider (all of them tied at around 10%). They are, on the right, the Free Democrats (FDP) and Alternative for Germany ("Alternative für Deutschland" or AfD), and, across the political aisle, the Green Party and The Left. 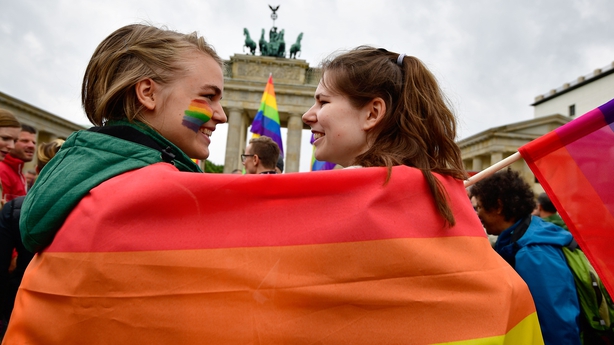 Given that the CDU's main slogan is "For a Germany in which we live well and happily", it is perhaps unsurprising that some have dubbed this election a snoozefest (literally a "sleep campaign").

There have been few controversies, no fireworks, and with her characteristic low key approach, Ms Merkel has dealt comprehensively with the early challenge from the SPD. She had already claimed core elements of their traditional turf, hiking the minimum wage, phasing out nuclear power by 2022, and introducing gay marriage (she allowed a free vote in her party, but opposed the measure herself).

The tactic is paying off, not least because the vast majority of Germans - and substantially more than the EU average - see themselves as being centrists. They endorse her willingness to set aside ideology and introduce pragmatic measures.

The government has moved to reduce the flow of migrants; refugee camps are being dismantled. Ms Merkel's compassionate response to the crisis, coupled with virtually non-existent youth unemployment, has raised her popularity with a new generation of voters.

Indeed, with overall unemployment the lowest in the EU, the issue ranked only fifth in voters' concerns (refugees top the list, followed by social inequality).

The fact that income in Germany has risen steadily since the financial crash, and well ahead of all its larger EU neighbours, is the firm foundation on which the Merkel brand rests. 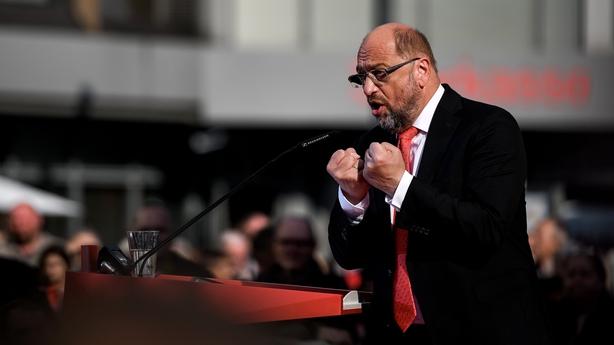 Meanwhile, the newly-crowned leader of the centre left has failed to deliver.

When Martin Schulz assumed leadership, the SPD experienced a meteoric rise in the polls, leaping to within a hair's breadth of the CDU. Then it came crashing back down, to where it now languishes, at its lowest levels in seven decades. Some argue the party has fallen out of step with the times.

The short term pain hit the SPD hard at the polls. By the time the measures delivered results, Ms Merkel reaped the rewards.

The SPD retains its no-holds-barred, pro-globalisation stance, at a time when the benefits are no longer as clear or as guaranteed as they once were. Some advocate a time in opposition to allow the party to radically rethink its approach if it is to have any prospect of leading a coalition in the foreseeable future.

The rise of the right

With the CDU encroaching on its progressive base, the SPD's strong support for refugees and gay marriage has arguably driven blue collar voters into the arms of the right-wing populists Alternative for Germany.

AfD is cashing in on a growing disenchantment with established parties just as the National Front is doing in France.

For the first time, AfD is set to win seats at the federal - which is to say, national - level, possibly even becoming the third-largest group in the Bundestag. As with US President Donald Trump, AfD has harnessed the power of social media to great effect.

Also on the right, but less extreme, the Free Democrats look set to return to the Bundestag.

Most commentators expect that - given the success of their last collaboration - the liberal FDP would be Ms Merkel's first choice as governing partner. (It was successful for the CDU; as often happens to the smaller coalition partner, after propping up Ms Merkel's party for four years the FDP was wiped out at the polls in 2013 and consigned to the political wilderness).

Who she partners up with is obviously important for the tone, economic and otherwise, that the next German government will take; the SPD and the FDP would look for very different concessions from Ms Merkel.