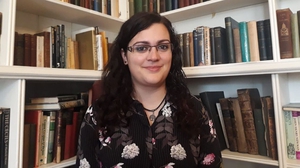 Analysis: The kids are back at school, but your child appears moody and unhappy. Is this a sign of bullying - and what can parents do?

With the "back to school" operation kicking off, it is normal for parents to have some worries. Have we purchased all the necessary books and materials? Will our child do well? Will he/she make friends? Or worst…could someone bully her/him?

Sometimes children have small conflicts or fights which, with a bit of attention, can be resolved just as quickly as they happened. However, when aggression is maintained over time, we begin to talk about bullying, which tends to have severe consequences.

From RTÉ Radio 1's Drivetime, James O' Higgins Norman from the National Anti-Bullying Research and Resource Centre at DCU on research that shows that physical appearance is the most common reason for being bullied

Bullying behaviours can be many and varied. It does not have to become physical to be considered bullying or to generate serious consequences. More subtle forms, such as social exclusion or name-calling, can be difficult to identify as bullying even for the target her/himself. As well as this, negative messages about so called "snitches" can be common, in addition to unhelpful statements from adults like "let them sort it out themselves" or "it will make them stronger".

All these messages can lead the target to not seek help for fear of further worsening her/his situation, such as more fear about future retaliations, thinking her/his complaints will be downplayed or expecting to be labelled as weak for not being able to solve the situation on their own. With this in mind, it may be necessary to perform a proactive exercise to detect if your child is being bullied instead of waiting for her/him to tell you, which can take months, years, or never even happen.

You may have noticed changes in your child that make you worry that something is not right. Some of the symptoms that may indicate that they are the target of bullying are the following:

- Signs of anxiety, but refusing to say what's wrong

Some damage may have been done, but we must now keep it from going any further and try to minimise the consequences

- Having trouble sleeping and/or having nightmares.

- Changes in their eating habits (compulsive eating or lack of appetite)

- Psychosomatic symptoms like headaches or stomach cramps without an organic cause that justifies it. Some children even begin to sleepwalk or to wet the bed

- Arriving home with bruises, scratches or damaged property such as a school bag, etc...

- Saying he/she doesn't want to go to school, especially on Sunday afternoons. May not want to go on excursions, cultural visits, or to interact with classmates

From RTÉ Radio 1's Morning Ireland, report on a new anti-bullying programme rolled out in eight primary schools in Louth and Monaghan in 2018

- Feeling worse after surfing the Internet or using their mobile phone

A particularly clear sign is when these symptoms get better during holidays, weekends or any time he/she doesn't have to go to school, only to get worse just on the eve of having to return.

What can be done?

If you conclude that your child is being bullied, the first thing is not to think that everything is lost, that you have done something wrong or you are a bad parent. Some damage may have been done, but we must now keep it from going any further and try to minimise the consequences.

The best thing is to try to get the child to confirm that he or she is being bullying. The most important thing is to create a space for trust and understanding. If they don't tell you that they are being bullied, you could wait a little longer to get more information, talk to parents of her/his friends or other family members, or go directly to school to see if the teacher suspects something.

If you confirm that it is a case of bullying, you should always involve the school, speaking to teachers and the principal as much as possible. In order to do this properly, the first thing to do is to find out what their specific anti-bullying program is, so that you know what protocol they will follow.

When the bullying takes place online, it can seem like an easy solution to take away their phone. Even if you do it to protect them, this doesn’t always solve the problem. Not only is he/she going through the victimisation experience, but he/she is also left without the tool used to communicate with her/his friends and social networks.

As a last point, the behavioural changes we sometimes notice in our children are not always due to a case of school bullying. It could be that your child is going through some difficult friendship problems or feelings of anxiety. We also cannot rule out the possibility of your child being the one who bullies others or has witnessed someone else being victimised. In either case, speaking to your child and their teacher is still a good place to get to the bottom of what is going on and to start to help your child.