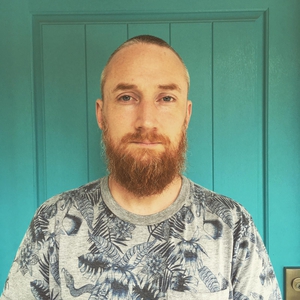 Opinion: new research shows that psychedelics In the right setting have the potential to help treat addictions, depression and many mental disorders

Whether you are aware of it or not we are in the midst of a psychedelic renaissance. To get to the heart of what this actually means will require denuding our preconceptions and going back to the things themselves. Only then can the implications of this renaissance truly come to light.

Firstly, the term "psychedelic" has the unfortunate burden of being laden down with cultural baggage that brings to mind a great sea of mud caked tie-die and vague bumper-sticker-sized platitudes like "make love not war". This image, conjured only in the last 60 years in the west, can be partly expunged when one considers that humans have been using psychedelics for thousands of years and that the psychedelic experience has arguably had a huge influence on the formation of philosophical and religious thought.

But what exactly are psychedelics? A term meaning "mind manifesting", psychedelic denotes a group of chemical compounds that, when taken, dramatically alter consciousness for a period of between one and eight hours, depending on the chemical. The classic psychedelics are psilocybin mushrooms (or "magic mushrooms"); mescaline, which is found in cacti such as peyote and san pedro; DMT, which is the active component in the south American brew ayahuasca and, perhaps the most infamous of the psychedelics, LSD, which was first synthesised by Albert Hoffman in Switzerland in 1943.

These classic psychedelics all have the same mechanism of action. They are all serotonergic agonists and cause activity in serotonin receptors which leads to a cascade of effects. Most notably, they temporarily take the Default Mode Network (DMN) offline. This brain network is responsible for our sense of self, autobiographical thinking, our thoughts in which we project ourselves both forward and backward in time and our theory of mind (the idea that other people also have minds).

Psychedelics could well be a panacea for all our existential woes

The brain is a hierarchical system and the DMN is at the top of the pile. Quite often, it is compared to the conductor in an orchestra. When the conductor is away, the musicians are free to play what they please. As a result, there is greater connectivity between brain areas which don’t usually communicate. Hence the synesthetic effects often reported from psychedelic experiences, such as seeing music or feeling colours.

So why the renaissance? What happened in the first place that there has to be a revival? The initial wave of psychedelic use in the west arose after the first synthesis of LSD in the early 1940s. It was used in conjunction with psychotherapy with tens of thousands of patients throughout the 1950’s to treat a multitude of problems. Famously, actor Cary Grant underwent approximately 100 LSD psychotherapy sessions and claimed that "the result was a rebirth. I got where I wanted to go".

Throughout the 1960s, the wave gathered pace. The self-proclaimed high priest of LSD at the time was Timothy Leary, who was notoriously fired from Harvard University for giving LSD to hundreds of undergraduate students. He is perhaps most famous for his slogan "turn on, tune in and drop out" and for being "the most dangerous man in America" according to Richard Nixon.

The free use of these powerful substances led to a societal and governmental backlash. In the late 1960s, the wave broke and rolled back. In its wake, the debris of hippydom lay strewn across the sands. The high water mark was littered with the naivety that if everyone dropped acid the world would be a better place. All psychedelics were made illegal and all clinical and empirical research was banned.

Psychedelics can allow those with a terminal illness to die with dignity, free from anxiety

For decades, psychedelic research lay essentially dormant, but this has been changing since the turn of the century. First, there were a few very promising studies using psilocybin to help patients deal with the anxiety and depression that comes with a terminal diagnosis. In 2014, Scientific American called for an end to the ban on psychedelic research.

The renaissance is now in full bloom. This year alone has seen the decriminalisation of psilocybin mushrooms in Denver, followed shortly thereafter by Oakland and perhaps most importantly the announcement of the world's first dedicated psychedelic research institute in the Imperial College London. Dr Robin Carhart-Harris, who leads the research institute, has said that he expects psilocybin mushroom to be available to treat depression within five years.

From RTÉ Radio 1 Drivetime, a study finds 10% of young people in Ireland are chronically depressed and young women tend to suffer from depression more than young men

However, there are some important debates still to be had outside of the research setting. After the motion to decriminalise psilocybin mushrooms in Denver was passed earlier this year, author and activist Michael Pollan published a short article advising restraint and conversation in regards to legalisation. He was derided by many in the psychedelic community for his trepidation, but his concerns are well founded.

Despite their ranking as the safest of the illegal drugs, psychedelics should not be used recreationally. Uninformed use leads to misuse and, in some cases, fatal accidents. Psilocybin mushrooms were available to buy in Ireland for a few years until a law was passed to ban them in 2006 in reaction to the death of young man who jumped from his balcony after recreationally consuming mushrooms.

From RTÉ Archives, the decision to ban the sale and possession of magic mushrooms has prompted debate about how drug policies are formulated (2006)

The debate surrounding legalisation continues. Psychedelics could well be a panacea for all our existential woes, but progression must be made slowly and carefully to avoid making the same mistakes that were made in the past. In the right set and setting, psychedelics have the potential to help treat addictions, depression as well as a host of other mental disorders. Perhaps most importantly, they can allow those with a terminal illness to die with dignity, free from anxiety.