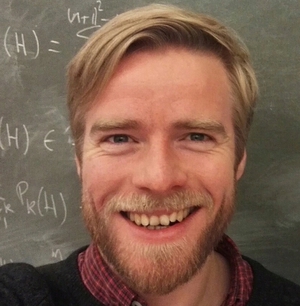 Analysis: the butterfly effect limits our ability to accurately predict the weather, but there's nothing random (or ironic!) about rain on your wedding day

You're picking your wedding date. In the back of your mind you’re wondering, will it rain? You might ask yourself, why in this day and age is it so difficult to determine a long-term weather forecast? The reason is chaos.

To illustrate the nature of chaos, let’s begin by considering the process of predicting the weather.

However, the most careful measurements are only ever an approximation and our mathematical models are at best a sophisticated approximation of reality. In the case of the weather, the slightest discrepancy in the initial approximations means that over time the weather forecast will diverge from the actual weather. This phenomenon is called sensitive dependence on initial conditions, which is commonly referred to as the butterfly effect.

This is the reason for the inherent difficulty in making long-term predictions in chaotic systems.
Instances of chaos pop up in the fields of sociology, physics, biology, climatology and (unsurprisingly) in economics and politics. Typical examples include traffic jams, the flow of water, and air turbulence caused by a jet engine.

So how good are our predictions in general?

However, while it is intrinsically difficult to make long-term predictions in a chaotic system, the evolution of these systems is not random. In contrast, the word chaos in everyday parlance is used to describe a state of disorder, or some wild and random behaviour. We hear about Brexit chaos, political chaos, coalitions of chaos and airport chaos. However this commonplace intuition is misleading when studying the chaotic systems we find in nature, since there is nothing random about chaos.

To illustrate this, imagine we trace the evolution of a chaotic system back in time. Since every step of the way is completely determined by the preceding step, we thus find a clear path back to the initial state. Nothing random has happened to perturb our system. To quote Edward Lorenz, the father of chaos theory, chaos is when the present determines the future, but the approximate present does not approximately determine the future.

So the infuriating fact is, while the butterfly effect is an inherent obstruction that limits our ability to accurately predict next year’s weather, there is nothing random (or ironic!) about rain on your wedding day. Nonetheless, scientists are continuously developing the mathematical models to improve our weather forecasts.

In the future we might extend reliable weather forecasts to the conjectured Lyapunov time of 15 days. The ongoing improvements in weather prediction are also vital for the early warning of extreme weather events such as hurricanes, snowstorms and heat waves.

Dr Clifford Gilmore is a Government of Ireland Postdoctoral Fellow at the School of Mathematical Sciences of UCC. He is funded by the Irish Research Council