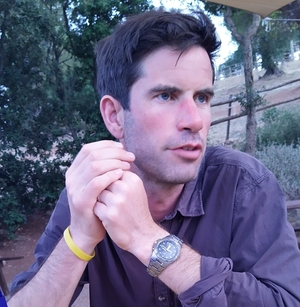 Recent developments indicate that an economic decoupling between the United States and China looks ever more likely. Does the ratcheting up of trade tensions between the world's two largest economies make it inevitable that the US and China could go their separate ways? And is it unrealistic to assume that more than four decades of relatively stable economic cooperation between two countries could just unravel? The historic forces that brought both economies closer and the unresolved pressures that threaten their cooperation are worth considering.

From Nixon to Trump

To gain an understanding of just how far we've come, it is useful to start with the visit of then US president Richard Nixon to China in 1972. Following China’s involvement in the Korean War, economic relations between both countries had effectively ceased and many US companies with operations in China had their assets ceased. In the early 1970s, as China slowly emerged from the political chaos of the Cultural Revolution, its leadership had begun to recognise that the doctrines of self-sufficiency and voluntarism would not help China to catch up with the developed nations. For Nixon, China offered a counterbalance to the USSR.

From The Richard Nixon Presidential Library, a film on the US president's visit to China in 1972

China’s decision to move away from self-sufficiency saw it purchase advanced plant and technology and establish joint ventures with international firms, which was of huge benefit to US firms. Access to advanced plant and machinery allowed China’s industry to rapidly increase capacity and scale. It also meant that the technology of US firms had become embedded in the production of key manufacturing inputs such as petrochemicals and plastics by the early 1980s. By the 1990s, foreign firms increasingly outsourced their supply chains to China including assembly and testing, taking advantage of China’s ample supply of low cost and flexible labour force.

More recently, a relatively small number of Chinese companies, including internationally known firms such as Huawei and ZTE, have become crucial suppliers of telecom technology and components. It is the emergence of the latter rather than the embeddedness of US tech in China that appears to be primarily driving Donald Trump’s trade policy. Trump has also targeted Made in China 2025, an aspirational set of domestic planning targets designed to further technological progress, but ultimately dependent on productivity growth and access to international markets.

The world was never flat

So why decoupling? Accusations that China manipulates its currency and complaints by US and EU firms about restrictive operating conditions have long been features of China’s international economic integration, but these issues have never been enough to warrant a full-blown trade dispute. China's current account surplus has been declining, partly as a result of increased input costs, but also due to its ageing population and slowing growth. Many have argued that China’s growth and its achievements in poverty reduction are evidence of a broader levelling the international playing field.

Yet there are many reasons to believe that the international trade system was never a level playing field. China warned of this in the much-discussed report China 2030: Building a Modern, Harmonious, and Creative Society, a joint publication with the World Bank from 2013. The report made pointed reference to the fact that only a handful of middle-income countries made the jump to high-income status. Indeed by 2017, almost four decades after China opened its doors to international investment, China has just four companies that ranked in the top 100 transnational corporations (by comparison, the US had 20).

Secondly, many Chinese companies are in low value-added manufacturing activities, where margins are low and competitive pressures high, while foreign firms continue to dominate the high valued added service component. Indeed, research by UNCTAD has pointed to dangers that the geographic disaggregation of supply chains might result in manufacturing enclaves with varying levels of sophistication, but with limited local economic benefits.

Finally, the China 2030 report also alluded to the challenges that would confront the world’s natural resources and trading system the closer China came to overtaking the US as the world’s largest economy. Natural resource pressure implied that it was vital that China could continue its technological progress away from polluting industries based on coal; trade pressures meant latter that China’s catch-up ambitions were likely to come into conflict with the US sooner rather than later.

The consequences of decoupling

Decoupling implies a large-scale unbundling of supply chains and trade links. There is some evidence that this has already started. Global technology companies have started to relocate some of their manufacturing operations and that the US has reduced the import of information and communications equipment from China. US restrictions on Chinese telecommunications equipment have redoubled China's efforts to manufacture its own high-end semiconductors, an area where China is highly dependent on imported products. Decoupling will also affect many of China’s trading partners and recent data indicate that Japan is now experiencing declining tool and equipment orders.

Yet the longer terms implications remain unclear. Decoupling will slow China’s technological progress and could threaten other areas such as food security. History shows that China's economic and technological progress stalls when cut-off from the international trading system. The short-term gains of this for the US will have longer term costs in terms of efforts to address global environmental issues and poverty. For China to continue to make progress in areas such as decarbonisation technology, something of global importance, it is vital that its firms continue to benefit from shared scientific knowledge and mobility.

While decoupling might be an inevitable short-term outcome, vulnerabilities in both economies’ growth models make it unrealistic in the long term. In response to the global financial crisis, China committed not to export deflation to the rest of the world and implemented a fiscal stimulus leading to an unsustainable growth in its debt levels. Trump’s economic policies in the US have been described as a regressive form of Keynesian, enriching the corporate balance sheets and shareholders, but with limited impact on the long-term growth prospects of the US.

More significantly, decoupling will embolden and provide a strong rationale for China to step up its quest for technological self-sufficiency, something its leadership rejected in the 1970s.  A return to self-sufficiency would represent a setback not just for Trump’s own trade policy, but for US policy towards China since the 1970s.

How Irish people ended up with savings of €135 billion 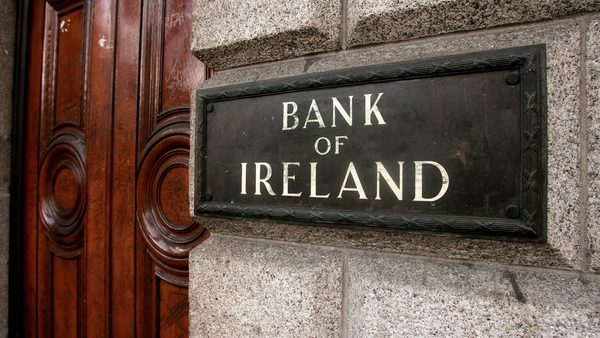