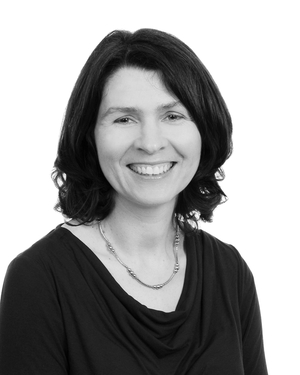 Opinion: divorce may be legal in Ireland yet courts cannot be required to enforce prenups as this would be unconstitutional

Recent recommendations by the Law Society that prenuptial agreements (commonly known as prenups) should be legally enforceable may have caused some public surprise. Why aren’t prenups enforceable already? In fact, there has been a prolonged media campaign on this issue – farming organisations, in particular, have strongly campaigned for legal change.

Prenups were traditionally regarded as encouraging marital breakdown and against public policy. Spouses could make a separation agreement where they had already separated, but they could not agree the terms of their divorce before they ever got married. However, some kinds of prenups are enforceable. For instance, spouses can agree in advance to waive their statutory inheritance rights, and civil partners can make binding agreements governing their financial relationship.

The traditional public policy view of prenups has been undermined by legal changes in recent decades. Divorce is now constitutionally permitted and legally regulated, so why does Ireland still not enforce prenups?

From RTÉ Radio 1's Countrywide, a 2013 report on the views about pre-nups within the Irish farming community

The Constitution of Ireland provides that a court can only grant a divorce if it is satisfied that "proper" provision has been made for both spouses and their children. The Supreme Court has emphasised that whether provision is "proper" (that is, if it is fair and appropriate) is a matter for the courts. The legislature cannot interfere with this, although it can (and does) specify factors the court should consider in exercising its discretion. These include the duration of the marriage, the needs, resources and earning capacity of the parties, the parties’ contributions to the marriage, whether there are dependent children, and the terms of a separation agreement.

Courts are not currently required to consider the terms of a prenup, but the legislation does not prevent it either. Indeed, a recent High Court decision suggested that judges might have regard to prenups in some cases. However, courts cannot be required to enforce prenups, as this would be unconstitutional. Accordingly, while a Ministerial Study Group recommended in 2007 that the divorce legislation should explicitly require courts to have regard to prenups, it did not recommend that they should be automatically enforceable. The Study Group’s recommendations were never implemented and the debate continues.

It is often argued that legally recognising prenups would respect the parties’ wishes and reduce legal costs. There have certainly been cases where family assets have been significantly depleted due to prolonged litigation about financial matters. Other arguments include the importance of keeping an asset like a family farm within the family or preserving its economic viability by preventing division. However, there are also dark references to supposed "gold-diggers", commonly assumed to be women, who make off with large portions of their husbands’ property after very brief marriages. This theme has featured in the campaign of some farming organisations even though – as noted above – Irish law does not give divorcing spouses automatic property rights and any financial orders will depend on numerous factors.

From RTÉ 2fm's Dave Fanning Show in 2015, family law specialist Paula Duffy on the situation with prenups in Ireland

There are also good arguments against upholding prenups – or at least against applying them automatically. Prenups are made before marriage, but may not be applied until many years later. Circumstances may have completely changed and an agreement that was originally reasonable could now be completely unfair. There may have been unfair emotional pressure or one party may have been at a disadvantage of some kind while negotiating. These issues can lead to litigation, so prenups do not necessarily reduce costs. Research also suggests that people who intend to get married are often unduly optimistic – for instance, they may assume a prenup will never be enforced.

However, there are also broader social policy concerns. Research shows that women generally find it significantly harder than men to recover financially after divorce. Women tend to be the ones who take time out of work for childcare, and consequently they lose out on salary, promotions, pensions, skills development and employability. This isn’t just a personal choice – quite apart from gendered social expectations, Irish employment law gives very little paid parenting leave to men (even women have only a social welfare entitlement, if anything). It should not be forgotten that a key aim of the current system of financial provision on divorce was to rectify gross unfairness towards women, who could previously be left with almost nothing after years caring for a family. Prenups are problematic to the extent that they undermine this legislative aim.

Many of these concerns can be addressed to some degree. The 2007 Study Group recommended various safeguards, such as independent legal advice for both parties, as did the recent Law Society report. Other jurisdictions have additional safeguards Ireland might learn from.

READ: Do you take your sister-in-law as your lawfully wedded wife?

However, one important protection relied on by the Study Group has been considerably weakened. They assumed that the constitutional requirement of proper provision meant that prenups could always be modified by the courts to prevent injustice, but this may no longer be the case. Courts have increasingly emphasised the importance of upholding separation agreements on divorce, with very limited exceptions, and the same approach might also be applied to prenups. However, the separation agreement cases do suggest a court might still modify a prenup if either party was left in need.

Will Ireland legislate to recognise prenups? It appears the government is still holding fire. Minister for Justice Charlie Flanagan has indicated that he intends to wait for the Law Reform Commission to make recommendations, which may not happen until 2021. Watch this space…

Dr Lucy-Ann Buckley is a senior lecturer in the School of Law at NUI Galway. Her primary research interests are in family property law and equality law.