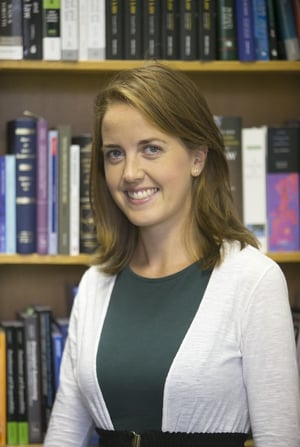 Opinion: there is a wide range of forbidden relationships in Ireland and reform is required to remove archaic and unjustifiable barriers

According to the Central Statistics Office, approximately 22,000 marriages are registered in Ireland annually. While the figures for 2018 have yet to be released, over 1,500 same-sex marriages have already been registered since the commencement of the Marriage Act 2015. However, although same-sex marriage is now recognised, various other categories of couples are still prohibited from marrying under Irish law.

On the basis of "consanguinity", a woman is prohibited from marrying a range of blood relatives including her grandfather, father, uncle, brother, son, grandson or nephew. Equivalent prohibitions apply to men. On the basis of "affinity", a woman is not permitted to marry certain step-relatives or in-laws such as the former husband of her grandmother, mother, aunt, daughter, niece or granddaughter. She is equally prohibited from marrying her former husband's grandfather, father, uncle, son, nephew or grandson. Again, equivalent prohibitions apply to men.

For centuries, a person was also prohibited from marrying their brother- or sister-in-law. Robust campaigning throughout much of the 19th century led to legislative reform in the early 1900s permitting such marriages where the spouse was deceased. While the resulting legislation continued to prohibit a person from marrying the sibling of a divorced (as opposed to deceased) spouse, the High Court effectively removed this restriction in its 2006 decision in O’Shea and O’Shea v Ireland & the Attorney General.

Whatever the merits of lifting the restrictions on such consanguineous or blood relationships, it is the legitimacy of the prohibitions on the basis of affinity that is especially open to question in Ireland. In England and Wales, relationships between in-laws are allowed and the only prohibited relationships based on affinity are those between a step-parent and step-child or step-grandparent and step-grandchild. In Canada and Australia, there are no limits placed on the ability of a couple related by affinity to marry and all such restrictions have been abolished.

In 2015, then Minister for Justice, Frances Fitzgerald, signalled that her department and the Department of Social Protection were considering a review of the law in this area, cautiously acknowledging that the prohibitions preventing in-laws from marrying "may be outmoded". It is hard to see what good is served by these prohibitions based on affinity and the government would do well to pursue such a review.

Incremental constitutional and legislative amendments have reformed not only who can marry whom, but also the ways in which couples may choose to get married

Any resulting reform would arguably represent the last step in the modernisation of Irish marriage law. Since the introduction of divorce in 1996, incremental constitutional and legislative amendments have reformed not only who can marry whom but also the ways in which couples may choose to get married. Facilitated by this evolving regulatory framework, and no doubt reflecting wider social changes in Ireland, Irish marriage practice has changed dramatically in recent years.

Yet not all religious denominations in Ireland are witnessing declines. Although just a tiny fraction (0.3 percent) of all marriages solemnised in 1987 were according to the rites of religions other than the Roman Catholic Church, the Church of Ireland or the Presbyterian Church, the diversity of "other religions" represented in modern marriage practice – and the volume of marriages solemnised by such religions, which now stands at 5.1 percent – is striking. Over 1,000 marriages are solemnised annually by the Spiritualist Union of Ireland alone.

Notwithstanding these gains for minority religions, it is clear that the fastest growing marriage ceremonies in Ireland are secular ceremonies. First recognised through the Civil Registration (Amendment) Act 2012, secular marriage ceremonies are most commonly conducted by the Humanist Association of Ireland.

However a marriage is celebrated, it continues to hold legal, cultural, social and (often) religious importance for couples in Ireland. In this context, it is hoped that reform will be forthcoming to remove any archaic and unjustifiable barriers, such as those based on affinity which prevent partners from becoming spouses under Irish law.

Dr Kathryn O’Sullivan is a Lecturer at the School of Law at University of Limerick. Her primary research interests are in Family Law, Property Law and Religion and the Law.