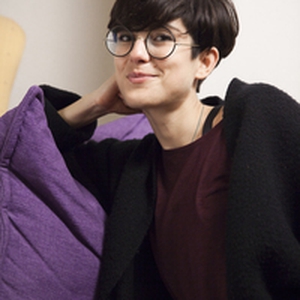 Opinion: instead of welcoming differences, "marriage for all" risks to praise sameness

In the last few years, an impressive wind of change has swept through Ireland. It started in 2015 with the passing of same-sex marriage referendum and the coming into effect of the Gender Recognition Act. It continued in 2018 with the legalisation of abortion and keeps blowing in 2019 with the referendum on divorce .

These political achievements have opened new perspectives on choice and self-determination, endowing specific categories both with social visibility and legal entitlements. Yet, the way in which these policies are articulated might bear unforeseen consequences - both for those who benefit from them and for those who can't.

For instance, take same-sex marriage. In May 2015, Ireland became the first country in the world to introduce same-sex marriage by popular vote. With little split between rural and urban areas, 62% of Irish people approved a constitutional amendment to legalise marriages between two people "without distinction as to sex".

Only two decades after the decriminalisation of homosexuality, Ireland was saying "yes to inclusion, yes to generosity, yes to love". In his speech, then-Taoiseach Enda Kenny praised Irish people for coming out as "generous, compassionate, bold and joyful". Soon after, then Taoiseach-to-be Leo Varadkar observed that this "wasn’t just a referendum, it was more like a social revolution". This all sounds very progressive, but what if marriage for all was not for everyone?

Even the most egalitarian social revolutions have their own victims. The extension of the right to marriage offers same-sex couples the possibility of being officially recognised and to access legal provisions. However, such a recognition comes at the price of entering an institution that, as Claudia Card and many other many feminist philosophers believe, is "so deeply flawed" that it might be "unworthy of emulation and reproduction".

Marriage brings with it the burden of a notorious history. A history of power imbalances and constraints mostly based on the perpetration of a division of gender roles that relegates women in a vulnerable position. Moreover, marriage carries with it a specific understanding of affective ties, kinship and familial bonds. It calls for monogamy and coupledom. It backs up an idea of family as a closed group, where bonds are defined by blood relationships. In other words, marriage sanctions certain relationships as more valid and respectable than others.

Civic rights are important political steps to be pursued and cherished, but we must also avoid considering these victories as final and ends in themselves

In an insightful essay written in 1989, lawyer and activist Paula Ettelbrick lamented that same-sex marriage exposes all those who are engaged in non-conforming relationships (as well as non-married lesbians and gays) to a more radical form of social marginalisation. In this sense, "obtaining a right does not always result in justice". Rather, civic rights constitute only one side of the process of liberation of lesbians, gays and people engaged in non-traditional relationships. "Equality" produced by the referendum is oblivious of a cohort of people whose loving and caring relationships do not match the canon imposed by the institution of marriage. This entails that those relations that fall outside the scope of marriage cannot benefit from legal entitlements, nor have access to any legal protection.

The truth is that marriage is never for all. Rather, it has the power to include only some, namely those who comply with the traditional norms imposed by marriage. More than the ratification of equal worth, the extension of the possibility of entering this institution turns out to be a form of equalisation. Instead of welcoming differences, "marriage for all" risks to praise sameness.

Should we then hope never to have said yes? Of course, we shouldn’t. Civic rights are important political steps to be pursued and cherished. However, we must also avoid considering these victories as final and as ends in themselves. The affirmative drive that marked the result of the referendum should prompt us to go further and see that marriage is not the only, let alone the ultimate, form in which we can organise our affective ties. It should prompt us to imagine alternative forms of kinship accepting both old and new ways of "making" families.

Making families otherwise challenges stereotypes and hierarchies that are deeply rooted in our society, since it invites us to abandon an institution that, as Ettelbrick says, are "steeped in a patriarchal system that looks to ownership, property, and dominance of men over women as its basis". Or at least, to rethink it as one among other possible forms of family.

To be opened to alternative forms of kinship would also prompt us to rethink our legal tools to extend rights (and the duties that come with them) in more flexible and non-structured ways. This would usher in a much needed social revolution. And yes, again, someone will be left out. But we will probably have learnt the lesson: inclusion is a work in progress, an exultant embracement of puzzling alternatives and new lively horizons.

Let us, then, embrace this wind of change with genuine joy, wearing our white, blue, green, grey wedding dresses (no matter who our lifetime companions are) and get ready to say yes again and again to all happy, healthy and free wind whirls of affection that we might learn to call "family".

Dr Valeria Venditti is an Irish Research Council post-doc fellow in Philosophy at UCC. She works on LGBT rights and has just published a book on the risks of legal inclusion.