The referendum on divorce has been passed by large majority with a final result of 82.1% voting in favour, and 17.9% voting against.

The declaration was made at Dublin Castle in the early hours of this morning.

The highest Yes vote was in the Dublin constituency of Dún Laoghaire-Rathdown, where 86.7% voted in favour of the proposal followed by Fingal which was on 86.4%.

The highest No vote was in Monaghan where 24.96% voted against the proposal followed by Leitrim where the No vote was 23.59%.

Minister for Culture, Heritage and the Gaeltacht Josepha Madigan was at Dublin Castle for the declaration of the result, which was announced shortly after 4.30am.

Ms Madigan, who was the Fine Gael Director of Elections for the Referendum, had earlier said she was surprised by the extent of the vote but not by the "kindness and compassion" of the Irish people.

She said the vote reflected that people felt compassion had to be shown to those going through marital breakdown and that the four-year wait was too long.

The Government Special Rapporteur on Child Protection, Geoffrey Shannon, called for priority to be given to legislation required to give effect to the referendum result.

He said the reduction of the waiting period from four years to two would reduce the cost and the hardship of separation on families and children.

Dr Shannon said the passing of the referendum would mean a "very real difference for the most vulnerable citizens in our society".

He said it means that couples would only have to go through one set of legal proceedings instead of two, which would mean a reduction in the cost.

Dr Shannon said it would also reduce the "trauma occasioned to children by adversarial legal proceedings."

The referendum proposed two changes to the restrictions on divorce which are currently written into the constitution. 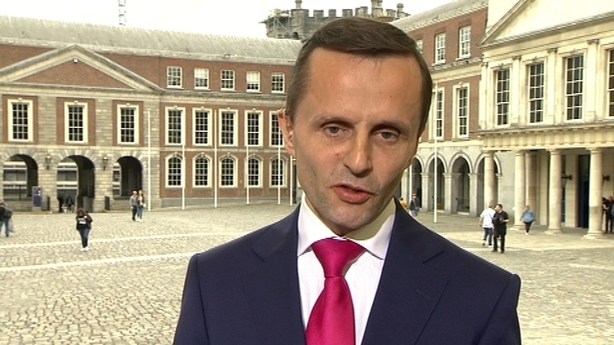 It will remove from the Constitution the requirement for couples to be living apart for four years before qualifying for a divorce.

It will now be a matter for which the Oireachtas will legislate.

The Government has indicated it will reduce the time period through legislation to two years by amending the Family Law (Divorce) Act of 1996 which up to now contained the same provisions as the Constitution.

Because the current four-year period was written in to the Constitution, it could only be changed by a referendum.

The second change will make it easier for foreign divorces to the recognised.

The 1995 referendum, which removed the ban on divorce, did not alter this constitutional provision on the recognition of foreign divorces.

Although some foreign divorces are recognised, different rules apply depending on where the divorce was obtained.

The change to the Constitution will insert new wording explicitly recognising the power of the Oireachtas to legislate for the recognition of foreign divorces.