In Flann O’Brien’s The Third Policeman, he sketches a relationship between humans and machines (bicycles) where it is impossible to distinguish between one or the other (Raunig, 2008, 8). In O’Brien’s account, the more time a human being spends on the bicycle, the higher the percentage they are actually ‘made of’ a bicycle.

Conversely, the percentage of the bicycle that is ‘made of’ a human being also increases proportionally; the postman is "seventy-one percent", one of the policemen claims (O’Brien, 2007: 88). Our love of the efficiency of machines can be traced back to the Industrial Revolution where, despite the accounts of the dire living conditions of workers, machines were praised for their efficiency, ability to self-regulate and for bringing ‘progress’ (Franklin, 2010: 30, 31).

Avante-garde art movements such as Futurism in the early twentieth century glorified the role of the machine in our society as a superior form to human beings, and even praised the role of the ‘war machine’ to cleanse and renew society; the same war machine that killed some of the movement’s main proponents during the First World War.

On the other hand, cinema has provided us with dystopian scenarios of the convergence of human and machines where robots are portrayed as having a negative and disruptive effect on society as a whole. Fritz Lang’s 1927 classic movie Metropolis (IMDB 2019a) depicts a futuristic city in 2026 where the upper class live on the surface while the oppressed worker class operates the machinery that runs the city underground.

In an attempt to keep the workers at bay, the city’s master creates a robot in the semblance of the worker’s champion (Maria) to discourage rebellion. However, this plan backfires and the robot’s erratic actions trigger a full-blown rebellion, which leads to the destruction of the ‘heart machine’ running the city.

The workers turn against the robot disguised as a human being and are shocked to discover its true origins as they burn it at the stake.

In Minority Report (IMDB 2019b), the 'robots' are less prominent but more pervasive. The plot involves a futuristic city set in 2054, where a combination of premonition by mutated humans connected to a complex computer system and an overarching surveillance apparatus (including data mining, facial recognition and crawling robotic eye scanners) enables police to preempt murder cases and find the perpetrators before they are able to commit a crime.

This leads to the main protagonist - a diligent and honest policeman - being accused of a crime that he didn’t commit, as it is revealed that the complex human-machine system operated by the police force had been rigged by a senior police officer.

The dystopian scenario presented in Metropolis, where gigantic machines control and oppress entire cities has not quite materialised.

When the robots come to town, they bring along their virtual counterparts - bots - which are simply computer programs that perform automated tasks (also known as algorithms). Bots are augmented by artificial intelligence (or AI), which enables them to identify patterns and detect, for example, if a moving object pictured in a surveillance camera is a human being or a cat.

These systems, coupled with huge databases of people, number plates and other information, are technically capable of following every movement of a single individual throughout a city.

Cities have become living entities that are not only smart but also sentient as millions of machine-to-machine relations enable them to detect movement, touch, sound and smell and make decisions that are mostly independent from human agency (Thrift, 2014: 9).

For example, Amazon recently opened a series of physical stores under the brand Amazon Go across the U.S. that are cashier-less. By scanning a QR code on the Amazon Go mobile app at the entrance, shoppers can walk into the shop, take any products from the shelves and simply walk out. The products that they have chosen are automatically charged to them and a virtual receipt is issued.

This is only possible through a combination of conventional CCTV cameras, depth-measuring cameras using infrared light and weight sensors on the shelves that help identify when an item has been picked up or put back on the shelf.

The AI-driven robotic system running the Amazon Go stores had to be ‘trained’; the bots were exposed to thousands of hours of footage of shoppers picking items from shelves (Simonite, 2018).

Despite this, the system is subject to failure, as a CNBC reporter realised when she left the shop with a selection of items and realised that the yoghurt she had picked up hadn’t been charged, in a case of accidental shoplifting (Bosa and Salinas, 2018).

Moreover, Amazon’s robots, while making shopper’s lives easier, are also able to collect a staggering amount of data on the shopper’s actions, including what they picked up, what they discarded and even the order in which they purchased items, which is valuable marketing information for Amazon.

However, the potential impact of these robotically-driven vehicles on urban social exchanges doesn’t get as much publicity. One academic study analysing the potential impact of autonomous vehicles in urban tourism speculates that driverless cars may be used for casual sex, replacing ‘hotels-by-the-hour’ with a form of red light district ‘on the move’ (Cohen and Hopkins, 2019: 40).

And what happens when AI-driven robots and bots make biased decisions about the types of passengers who are able to use a particular autonomous vehicle service, perpetuating an issue that has already been flagged up in transport apps such as Uber and Lyft (Ibid: 39)?

Such decisions emerge from both the programming of the AI bots and how they are ‘trained’, putting the onus on both industry (through best practice) and government (through legislation) to address these issues.

The Robots are Watching You

The examples of Amazon Go stores and autonomous vehicles demonstrate the potential issues that arise as robots and bots take over our cities such as job losses, software-generated bias and technical failures. While we can speculate on the potential social impact of such technologies, there is also a pressing need to consider the ethical implications of this takeover.

We don’t have to speculate about the future to understand the wide implications of this outcome. China’s Social Credit System is a nationwide initiative by the Chinese government to (in their own words) encourage trustworthiness among citizens through a permanent database that will assign a "unified social credit code" to businesses and an identity number to all its citizens.

Those citizens that are deemed to have bad behaviour - through traffic violations, spending too much time playing videogames, posting unacceptable content on social media or hanging around with other people with bad behaviour - can be blacklisted, meaning that they may be prevented from buying a plane ticket, buying property, or taking out a loan (Creemers, 2018 and Kobie, 2019).

From RTÉ One News, Robots set to handle most work tasks by 2025, survey says.

The system is expected to be fully implemented by 2020, but there are already several similar pilot systems (both government and private) operating across the country in specific areas, in particular in those that are deemed troublesome by the Government, such as Tibet and Xinjiang (Creemers, 2018).

These systems depend on mass surveillance and include thousands of AI-driven robotic facial recognition cameras that are capable of identifying citizens from existing databases. They can also estimate age, ethnicity and gender with reasonable (but not perfect) accuracy.

When these cameras are controlled by a central surveillance system, such as in the city of Guiyang in China, it enables law enforcement agencies to detect suspects in a matter of minutes, and to trace back their movements for several days prior to their detection.

The ultimate aim of this system mirrors the dystopian scenario portrayed in The Minority Report, where the Social Credit System is expected to preempt ‘negative’ outcomes on the basis of a citizen’s expected patterns of action in the near future (Creemers, 2018).

The fact that these systems are subject to failure is just one out of many concerns. The Chinese example illustrates the dystopian scenario of a world where the presence of robots in urban space curtails our individual freedom rather than helping us live a better life.

Ultimately, it is not the robots that we have to be concerned about, but rather the human beings that have the power to shape the algorithms that control them (a select group of high-tech multinational corporations) and also those who have the power to decide how these algorithms are implemented (government).

How can we be assured that the robots don’t behave badly as they take over our cities? This question demands a focus on the ethical aspects of AI. Recently the European Commission has started a pilot project to test its guidelines for AI development with the aim to achieve ‘trustworthy AI’. (Craglia, 2018 and European Commission, 2019).

Read: Will a robot take your job?
Read: What is the future of work?

While this project addresses some of the concerns identified in current AI practices, such as lack of human oversight and transparency and discriminatory bias, its final implementation and effectiveness is subject to the interests of several parties.

This includes the big industry players who - according to one of the Commission’s expert group members - are fomenting a process of ‘ethics washing’, preventing or delaying effective regulation and policy-making (Metzinger, 2019).

The dystopian scenarios of robotic control presented in Metropolis, Minority Report and so many other contemporary feature films, novels and TV series might be closer to us than we think. How can we trust robots, who is in charge of them and how do they empower us rather than control us?

These are questions that demand to be taken seriously, and answering them involves making the robots accountable for their actions, making citizens aware of their consequences and developing well-informed ethical and legislative frameworks to deal with AI, surveillance and citizen’s rights.

Or to put it simply, as the robots are here to stay, we must remind them to behave nicely. 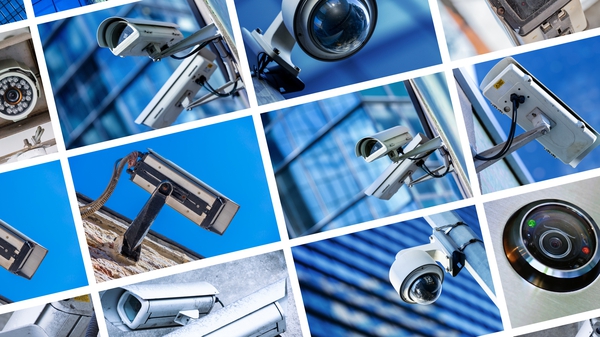 Your city is watching you