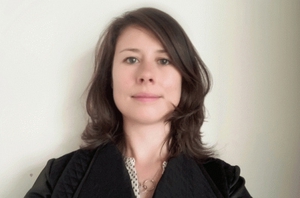 Analysis: research and oral histories show how cinemas in Co Mayo and elsewhere provided a window onto the wider world in the 1950s

Like most Irish counties at that time, Mayo was dotted with cinemas in the 1950s. While today there are just three multi-screen cinemas spread across the county’s larger towns (Westport, Castlebar and Ballina), most towns and villages had their own single-screen cinema in the 1950s. Cinema-goers of the day will recall the likes of the Estoria in Ballina, the Ideal in Westport, the County in Castlebar, the Central in Claremorris, the Savoy in Kiltimagh, the Rex in Ballinrobe, the Star in Ballyhaunis, the Eureka in Charlestown, the Central in Balla, and the Lyric in Swinford. And this is by no means an exhaustive list!

Some towns had more than one dedicated cinema with the programme typically changing three times a week. In villages with no permanent cinema, parish halls were also transformed into temporary screening facilities by mobile exhibitors like P.J. Gilmore. A native of Claremorris, Gilmore travelled around the county throughout the 1950s and 1960s screening films along with his own documentary footage of local events.

Known as the Marian Film Show, a typical week’s programming for Gilmore’s mobile cinema operation could start with a screening in the parochial hall in Shrule on the Mayo-Galway border, before travelling on to provide audiences in Williamstown, Brickens, Aghamore and Knock with an evening of cinematic entertainment.

From RTÉ Archives, a camogie match in Mayo in 1956 shot by PJ Gilmore

The sheer number of cinemas and the variety of programming available to communities in Mayo, and indeed throughout the country, attests to the popularity of cinema-going as a social practice in the 1950s. But how do audiences remember these experiences? And what impact did cinema have on their lives?

Although many of the purpose built single screen cinemas that sprung up in towns and cities across the country from the 1930s onwards have long since closed, or continue to face redevelopment or demolition, the memories of ordinary cinema-goers provide an important connection with these spaces and their place within Ireland’s cultural history. The stories of cinemas like the Lyric in Swinford are emerging through the Irish Cinema Audiences project, which examines the history of cinema-going in 1950s Ireland by gathering the memories of ordinary cinema-goers from across the country.

Launched in June 2018, Irish Cinema Audiences is a collaborative project run in conjunction with Age Action Ireland and its network of lifelong learning groups. Using a combination of questionnaires and video-interviews, the aim is to investigate the social and cultural role that cinema played in the everyday lives of Irish audiences of the 1950s.

From RTÉ Archives, scenes from the 1954 Galway Races shot by PJ Gilmore

In the middle of that decade, the national cinema-going audience peaked with people attending on average 18 times per year. Prior to the advent of television and the launch of Telefís Éireann in 1961, cinema was an important outlet for entertainment, education and social interaction, but it was also a window onto the wider world. As one female participant puts it, cinema "was the only exposure to life outside our parish" (female, born 1948, Donegal), while an urban cinema-goer from Dublin recalls the sense of "adventure and excitement", along with the opportunity that cinema afforded to "learn about a whole new world outside Ireland" (male, born 1950, Dublin).

Going back to the Lyric in Swinford

In February of this year, the Irish Cinema Audiences project visited Swinford Co. Mayo to interview local people about their memories of the Lyric and other cinemas in the surrounding areas. Although the Lyric ceased operation almost 50 years ago, the building still stands on Brookville Avenue and had up until recently been used as a furniture shop.

The Lyric first opened its doors to the public in September 1940 with a screening of the 1938 musical Sweethearts starring Jeanette Mc Donald and Nelson Eddy. Established by local business men Patrick Feeney, Douglas Kelly and G. Burke, the Lyric boasted a state of the art, luxury design with ‘"five hundred new double sprung seats" all of which were said to "command a perfect view of the programmes". Press reports at the time described the new venture as ‘an ornament of the town and a credit to its promoters’ (The Western People, 21 September 1940).

Recalling the opening night and the cinema's plush interiors and atmosphere, one interviewee commented that "you’d think you were in America" once inside the Lyric (female, born 1936, Mayo). However, others remember the Lyric as a slightly more spartan affair, like the woman who used to bring a hot water bottle and a rug due to the lack of heat (female, born 1933, Mayo). Indeed, the running of the cinema was impacted by electricity rationing in the mid-1940s as a result of the Second World War.

Nevertheless, the Lyric continued to provide local audiences with a diverse range of programming from the 1940s onwards. This programming was not just limited to films; the Lyric also played host to a series of non-cinematic events including concerts, plays, quizzes, magic shows and illustrated lectures. One male interviewee noted that the Lyric’s stage meant that it was well equipped to accommodate travelling shows. In particular, he recalls seeing a magic show featuring Mandrake the Magician, which came to the Lyric in August 1959. While "a lot of the movies were forgettable", he can vividly recall being fascinated by Mandrake’s "conjuring" which involved magic ring tricks and "suspending [his] attendants on swords" (male, born 1944, Mayo).

Contrasting with magic performances, and reflecting the political and religious climate of the post-war period, a series of anti-communist lectures were also held at the Lyric. In February 1952, L.F. Harvey delivered an illustrated lecture on the "Communist War on religion" and the "atrocities behind the Iron Curtain". Thanks to local collectors like Tom Hennigan and Joe Mellett, some of the original advertisements for such events have been preserved, providing a fascinating insight into the multifarious functions of rural cinemas, which were not just outlets for escape and entertainment.

Although this is just a snap shot of the Lyric cinema’s 30 year history, the stories from this time provide a rich insight into the social and cultural life that existed in rural towns of the 1950s. Indeed, Swinford is celebrating its history and heritage as a market town throughout this year with an ongoing series of events as part of the Swinford 250 and More initiative.

Projects like Irish Cinema Audiences, Cork Movie Memories (led by Dr Gwenda Young and Dan O’Connell at UCC) and European Cinema Audiences are using archival research and oral histories to document and preserve the stories of cinemas like the Lyric and the audiences that attended them. If you would like to share the story of your cinema-going experiences in 1950s Ireland, you can get involved by completing the Irish Cinema Audiences questionnaire or contact cinema@ageaction.ie for more information. This project has received funding from the European Union’s Horizon 2020 research and innovation programme under the Marie Sklodowska-Curie grant agreement No 713279.

Thank you to Livvi Daley of the Swinford University of the Third Age group, the Swinford Cultural Centre, Tom Hennigan, Joe Mellett, Breege Rowley and the local community members who have generously participated in the Irish Cinema Audiences project.