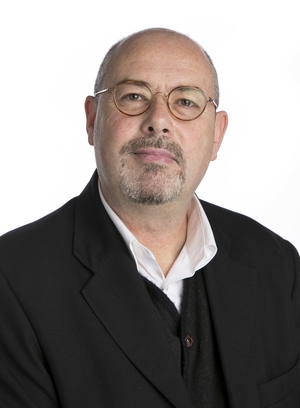 Opinion: Brexit has ensured that the question of the partition of the island of Ireland is once again centre stage

How infuriating it must be for the burghers of Brussels and the denizens of middle-England to be confounded by a small region in the north-eastern corner of their most westerly dominions. Acres of newsprint and innumerable hours spent pouring over TV and computer screens has rendered the populace of these islands armchair experts (or dedicated avoiders) of the Brexit machinations and the backstop impasse.

Farmers, hauliers, bank managers, academics and householders watch, impotent, as great affairs of state stagger from one calamity of brinkmanship to the next. Moreover, anxieties are unsurprisingly framed in terms of the economy, travel, jobs and services.

However, the rock on which Brexit deliberations have floundered upon is one that has endured far beyond customs trade agreements and single market conundrums. Despite the apparent advances secured by the Good Friday Agreement, the question of sovereignty and political allegiance on the island of Ireland never went away you know. Thus, here we go again – that maddeningly persistent green-orange dimension being played out this time under the auspices of a "No Deal Brexit".

From RTÉ's Brexit Republic podcast, author and legal commentator Joshua Rozenberg on David Trimble's claim that the Withdrawal Agreement with the backstop is in breach of the Good Friday Agreement

The age-old enmities and suspicions that have blighted British and Irish politics for eons have been re-awakened, as unionist and nationalist tectonic plates shift beneath our feet. The question of the partition of the island of Ireland is once again centre stage and now brought to bear on a Brexit process already mired in intractability.

As the process reaches endgame, only now will you hear the chief protagonists currently wrangling over the border backstop admit as much. The cherished gains made by all vested interests in securing an enduring post-conflict peace on the island have become a chip in the negotiating game, with each accusing the other of reckless de-stabilisation and opening the door to a return to violence.

Behind the DUP’s insistence that a hard border on the island of Ireland in undesirable lies a single-minded constitutional imperative to maintain the Union, no matter what. It is in their DNA. It is what they do. Business and trade union leaders and farmer’s unions may have to be faced down. Economic forecasts may be bleak in the extreme. Demographic and democratic inevitabilities will be placed on hold. The "precious Union" must maintain above all else.

When faced with the possibility of a border down the Irish Sea, Sammy Wilson may seek to justify his party’s stance by citing the threat to Northern Irish exports into the UK market. However, behind closed doors, well-rehearsed rhetoric always comes to the fore. DUP apparatchiks are more likely to be cursing Theresa May as a treacherous Lundy and re-affirming an adamant no-surrender in the face of perceived constitutional subterfuge by Dublin and the EU.

The Tories might throw billions of pounds at it, but the DUP will always assert that their birth right cannot be bought. And so the advent of a hardened border – perhaps further reinforcing partition and re-affirming British separateness from an aspirational unitary state – is (whisper it)  devoutly to be wished by Arlene and the gang.

Similarly, nationalists may seek to occupy the high moral ground in these matters, but the mask slips often enough. When it does, it offers succour to those who view the nationalist community in Northern Ireland as some sort of Europhile fifth column, asserting again that England’s misfortune is Ireland’s opportunity.

From RTÉ One's Claire Byrne Live, Sinn Féin are calling for a border poll, but does the rest of the country want a united Ireland - and how much would we be prepared to pay to sustain it?

Ultimately, Sinn Fein – like the DUP – are ideologues. The choreography and mood music may change, but they will hold on to their respective positions on the national question regardless. Reckless calls for a border poll further risk reinforcing both division and democratic frustrations, by again reducing a complex and multi-faceted conundrum to a simple ‘Yes/No’ designation. Have we learned nothing from David Cameron’s folly?

In addition, inflexibility on a change to border status by the Irish government is driven by much more than simply the fear of tail-backed traffic queues and bothersome bureaucracy. In December 2017, An Taoiseach, Leo Varadkar was less circumspect when he stated "to the nationalist people in Northern Ireland, I want to assure you that we have protected your interests throughout these negotiations. Your birth right as Irish citizens, and therefore as EU citizens, will be protected.  There will be no hard border on our island. You will never again be left behind by an Irish Government."

It is hard to believe that a seasoned Fine Gael press office did not fully appreciate the connotations contained in such a message - both to hopeful northern nationalists and bellicose Brit tub-thumpers alike. At a time when cooler heads were called for, this thrusting, neo-liberal braggadocio, born of renewed economic success and affluence and fostered in the bars and cafes of Leinster House and in the Dublin Financial District, stuck out its chest and basked in their newfound Irish exceptionalism.

It is somewhat disingenuous (and certainly paradoxical) that both sides, to legitimise their negotiating position, are now exploiting the Good Friday Agreement. The British claiming that the backstop itself contradicts the very historic peace agreement that it is designed to protect.

In a policy paper for Policy Exchange, Professor Paul Bew, a former adviser to the Nobel Peace Prize-winning unionist leader David Trimble called on the U.K. government to get on the front foot over the Good Friday Agreement, accusing Dublin of "weaponizing" the accord. "In the interests of protecting the Good Friday Agreement", Bew wrote, "any Backstop arrangements which might be agreed primarily to protect the economy of the Irish Republic in a context of crisis can only be temporary ... the UK cannot allow the Republic of Ireland’s government to unilaterally escape its obligations under the 1998 Good Friday Agreement."

The centre has not held. To paraphrase a former US President and friend to the Belfast agreement, where Ireland is concerned, it was, is, and always will be the border, stupid! 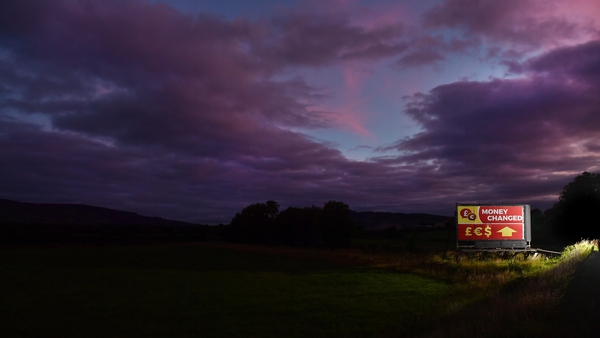