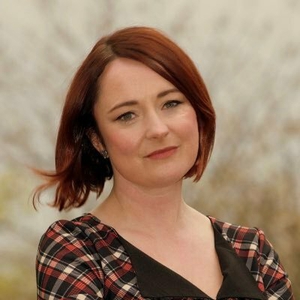 Opinion: we must realise that how suicidal behaviour is discussed and portrayed influences the subsequent behaviour of vulnerable people

In recent weeks, there has been something of an outcry about the role of social media in suicidal behaviour. This has led to at least one platform revising their rules around the publication of harmful material. Whilst this is to be welcomed, the debates have often been narrow in focus and often fail to capture fully the importance of responsible reporting and discussion of these issues and, indeed, the complexity of suicide.

Whilst suicide is associated with mental illness and crisis, it results from a behaviour. Some of the most effective suicide prevention work focuses on promoting "help-seeking" behaviour and changing how people behave when faced with a crisis. The evidence is very clear that material in the media, online, in print and on television can have a powerful influence on what a person does when they are in distress. It can influence the choices that people view as open to them and what they think people "like them" or "in their situation" do.

In RTÉ Radio 1's Life After Loss, RTE reporter Brian O'Connell examines the impact of losing one of his closest friends to suicide

Obviously, material that directly encourages people to end their lives must be removed urgently. However, the responsible discussion of suicide online goes way beyond this and includes everything that is reported and discussed online and elsewhere. We all like to believe that we are autonomous and operate on a rational basis, evaluating a situation and weighing up the options before acting. But we only need to consider the power of advertising as evidence that this is not the case.

Much of our behaviour is in fact influenced by what we have been exposed to in our home, school, work and online environment. When one’s body is under the influence of the chemicals released as part of the "fight or flight" response to stress or distress, we are even less well placed to make rational decisions about the appropriate course of action. Our bodies are programmed to attack or run away, and this context makes a suicidal act more likely, particularly if a person has the capability - in other words if they have information on what to do, how to do it, and where to do it.

There are over 100 studies demonstrating how the way in which suicidal behaviour is discussed and portrayed influences the subsequent behaviour of those who are vulnerable and can lead to additional suicidal behaviours. The International Association of Suicide Prevention and World Health Organisation guidelines on discussing suicide in the media tell us clearly what the media should do in order to report this issue in a safe and responsible manner and prevent copycat behaviour. The Samaritans and Irish Association of Suicidology also provide clear guidance on how to report suicidal behaviour and suicide.

This guidance is also relevant to stories and discussions on social media. When a method of suicide or a type of suicidal behaviour is described, highlighted and depicted, this influences what vulnerable people do when they are in distress. Responsible media reporting is not limited to the ways in which deaths are portrayed. It is about ensuring that content does not "promote" suicidal behaviour in any way, even inadvertently, by describing a method or location, sensationalising the issue or simplifying suicide to one particular cause.

From RTÉ Radio 1's Drivetime, Co Clare GP and Vice president of the National Association of General Practitioners Yvonne Williams talks about how a patient suicide impacts on GPs

Images have a particularly powerful effect. Even when the overt intention is to prevent suicide or depict a rescue, images of people or locations can have the effect of glamorising suicide and influencing vulnerable people to end their lives in this way. Australian group Orygen provide a particularly useful guide for people who communicate online about suicide and self harm. It includes guidance for the safe discussion of suicide, and also managing disclosure of suicidal thoughts and behaviour online.

In any debate about suicide and young people particularly, we must remain cognisant of the numerous other factors that influence youth mental health. These include inequality, the pressure on young people from our education system and access to effective mental health services. These too need to be addressed in order to reduce suicide death rates, suicidal pain and mental illness generally.

Discussing suicide and self-harm in a way that promotes suicide prevention and encourages people to seek help is challenging and complex. There are numerous organisations who can provide help and guidance so please use them.

The views expressed here are those of the author and do not represent or reflect the views of RTÉ.  If you have been affected by issues raised in this article, support information is available online at http://www.rte.ie/support