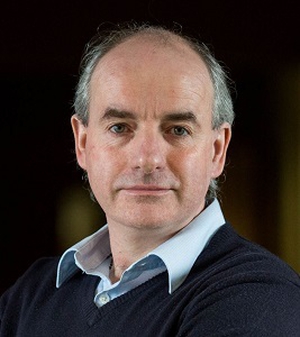 Opinion: is the ongoing US military use of Shannon Airport consistent with Ireland’s policy of military neutrality?

For many decades, Shannon Airport has been a transatlantic gateway between Europe and America. Since the 1940s, it has also supported a thriving tourist industry in Ireland’s mid-west and spawned the world’s first duty free industrial zone.

In 2002, the Irish government took a decision to provide landing and refuelling facilities to the US military at the airport. This followed UN Security Council Resolution 1368 which requested states to work together to bring to justice those responsible for the September 11, 2001 attacks and which the US used to claim legitimacy for its invasion of Afghanistan. Early in 2003, just four weeks after 100,000 people marched in Dublin to oppose Irish support for the US invasion of Iraq, the Dáil supported the decision of the government to maintain these arrangements for what became a protracted and bloody war.

From RTÉ Archives, a Prime Time special from 2003 on opposition to the Iraq war

Since then, close to three million US troops and their personal weapons have passed through Shannon Airport on the way to and from the Middle East on flights that are officially classified as civilian. The numbers were at their highest in 2005 when 341,000 passed through and dropped to below 61,000 in 2017. The flights are governed by the Air Navigation Carriage of Munitions of War, Weapons and Dangerous Goods Act 1973 which prohibits the carrying of "munitions of war" through Irish airports or airspace, except where the Minister for Transport has given an exemption. In 2017 the minister gave exemptions for 334 flights with the personal weapons of troops on board to land at Shannon. Permission was granted for a further 540 flights to take weapons through Irish airspace.

In addition to the troop carriers, aircraft operated directly by the US Air Force and Navy also land at Shannon. These include C-130 Hercules turboprops capable of carrying cargo or passengers, Boeing KC-135 Stratotankers used for aerial refuelling, and US Air Force and Navy executive jets. Despite Irish government claims that these are not carrying arms, ammunition or explosives and are not involved in military operations or exercises they get special protection by the Irish authorities.

Successive Irish governments have claimed that the US military use of Shannon Airport is consistent with Ireland’s policy of military neutrality. The concept does not exist in international law, but nonetheless it has been used by Ireland to denote non-membership of military alliances. The practice as currently implemented is not consistent with the responsibilities of a neutral country under the Hague Convention V on Neutrality 1907 however. The Convention states that "belligerents are forbidden to move troops or convoys of either munitions of war or supplies across the territory of a neutral Power". Even though Ireland hasn’t ratified the Hague Convention, a 2003 High Court judgment in Horgan v An Taoiseach et al. stated that the state was in breach by allowing US troops to use Shannon on their way to and from war in Iraq.

The maintenance of peace and security is a goal of Ireland’s foreign policy, but Shannon has been used in the invasions and occupations of Iraq and Afghanistan

Shannon Airport has also been identified as a stopover point in the US government’s extraordinary rendition programme. Between 2002 and 2008, individuals suspected of terrorism were secretly apprehended and transferred to CIA-run prisons or "black sites". The unlawful renditions were conducted with the facilitation and participation of foreign states that detained individuals and prepared them for transfer or allowed their airports and airspace to be used for rendition flights.

The CIA used front companies like Aero Contractors to transport detainees via private aircraft. Two known Aero rendition planes with registrations N379P and N313P were both recorded at Shannon Airport on numerous occasions. As a case in point, N379P landed there on 22 July 2002 on its return journey to the US after taking UK resident Binyam Mohammed to Morocco where he was tortured. Binyam was subsequently detained without charges in Guantanamo Bay between 2004 and 2009.

From RTÉ Archives, Cathy Halloran reports for RTÉ News on an anti-war protest at Shannon Airport in 2002. One of the protesters was then Labour Party TD Michael D Higgins

According to the Council of Europe and European Parliament, Ireland is one of the states avoiding its international human rights responsibilities by refusing to investigate allegations that aircraft linked to renditions have landed in Shannon or have been permitted to cross Irish airspace.

The maintenance of peace and security as enshrined in the UN Charter is a goal of Ireland’s foreign policy. Despite this, Shannon Airport has been used in the invasions and occupations of Iraq and Afghanistan, and in the illegal rendition circuits operated by the CIA. A 2016 RedC poll indicated that 55 percent of Irish adults believe the US military should not be allowed to use Shannon Airport. Yet 16 years after it became a vital cog in the never ending "war on terror’", it is a de facto US military base in a country whose leaders cling to an increasingly untenable claim of neutrality.