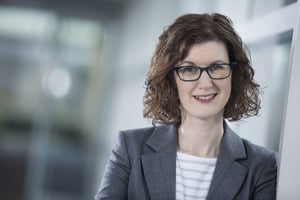 Analysis: expect the UK's departure from the EU to bring many consequences for the social security entitlements and rights of cross-border workers

Since June 2016, Brexit has saturated the news. The backstop, the withdrawal agreement, Article 50, the transitional period: these phrases have become part of our daily lives, like a winter cold in December. And, like a winter cold, these things are not so much understood as accepted, not welcomed but tolerated, and (so far) not enough to stop us going about our daily routines.

These co-ordination rules, and the social security and tax systems they relate to, are highly complex and difficult to understand. Nevertheless, their inclusion in the UK/EU draft withdrawal agreement is to be welcomed. In practical terms, the rules mean that during the transition period someone living in Newry and working in Dundalk can declare their income in Northern Ireland, be taxed by the UK government and get access to tax credits and social security benefits in the UK. Similarly, someone living in Letterkenny and working in Limavady can declare their income to the Irish government, which will reciprocate in determining tax liabilities and social welfare entitlements in Ireland.

Many of the consequences will inevitably be unforeseen and unintended, but will be significant for those citizens who rely on social welfare protections

Of course the Withdrawal Agreement is only intended to be for a transitional period until the UK can leave the EU. After this point, the future relationship between the UK and the EU is to be governed by the draft Political Declaration, under which the future for social security co-ordination looks considerably more bleak. The Declaration reduces the status of the coordination rules to an "agreement to consider addressing" them in light of future movement of persons, three degrees of separation from where the Withdrawal Agreement is now.

But even with the co-ordination rules, an additional problem exists for cross-border workers and their social security benefits. In 2010, a woman – let’s call her Nora – was receiving working tax credits, a payment administered by HM Revenue and Customs as part of the UK tax and benefits system. Nora was a single mother, living and working in Co Fermanagh. Like many others, Nora used her tax credits to pay her childcare provider. Or at least she did until HM Revenue and Customs realised that her childcare provider was not in the UK. Nora’s childcare was based six miles from her home, with the last half mile of this journey over the border in Co Cavan.

Nora’s tax credits were withdrawn and HM Revenue and Customs decided that she had been overpaid the £20,000 she had paid to her childcare provider in Cavan. In the end, it decided not to recover the £20,000 from Nora, but maintained its view that she was not entitled to use working tax credits to pay for childcare outside the UK. With the help of the Law Centre (NI), Nora challenged HM Revenue and Customs’ decision, arguing that it restricted her freedom as an EU citizen to receive services in another EU country. A panel of social security judges agreed with her.

Crucially, this right to receive services is one that flows not from social security co-ordination rules but directly from the EU Treaty itself. The inclusion of co-ordination rules within the draft Withdrawal Agreement, or after the transitional period, will not protect Nora or others in her position.

HM Revenue and Customs originally appealed the decision to the Northern Ireland Court of Appeal but recently - and quietly - the appeal has been withdrawn. It is not clear why it decided not to challenge a decision that allows UK nationals to use UK benefits to pay for childcare services in Ireland.

It might be that the UK regulations governing exceptions to the rule were so problematic that it was better not to expose them to greater legal scrutiny. It might be because the volume of people affected by the ruling is likely to be relatively small. Or it might be because, after 29 March 2019, this basic EU right will disappear from the UK and so there is no need to appeal. Whatever the reason, the fact remains that the right that Nora fought successfully to protect is being removed without any fanfare or consideration.

The implications of Brexit for social security law are unlikely to generate news headlines - or indeed to be well understood. Many of the consequences will inevitably be unforeseen and unintended, but will be significant for those citizens who rely on social welfare protections. These citizens, particularly cross-border workers, deserve to know that Brexit will have a direct impact on being able to use social security entitlements as part of their routine arrangements for work and family life. If their winter cold is to become a winter flu better that they at least have the opportunity to be vaccinated against its effects.

Professor Gráinne McKeever is a Professor of Law and Social Justice, and Co-Director of the Ulster University Law Clinic.