The Brainstorm Long Read: while there are now increasing opportunities to visit the Arctic and North Pole, huge threats are posed by changes to this environment

This is not just a polar bear trip – it’s an epic experience. This is getting you closer to polar bears than you ever dreamed possible… There will literally be polar bears everywhere you look. Thanks to global warming…   Arctic Kingdom, 2011

As Arctic sea ice retreats through the summer months, the opportunity to explore the North Pole or transit the Northwest Passage beckons for the "Last Chance Tourist". The last chance tourist is the visitor or explorer who is visiting a place or looking for animals or plants that are disappearing. Climate change will lead to the loss of low lying island communities, the disappearance of summer sea ice in the Arctic and in a warmer world there will be fewer glaciers, less tundra, and fewer places for the animals of these environments to live in.

The volume of sea ice, the average thickness by area, for the years 1979 to 2017 is visually presented by Ed Hawkins, a climate scientist at the National Centre for Atmospheric Science (NCAS) at the University of Reading. The climate spiral for Arctic sea ice volume is relentlessly turning inward, racing to a point in the near future when there will be no sea ice in the Arctic in the summer months. Sea ice volumes have declined from maximums of about 35,000km3 to about 22,000km3 in 2018.

From RTÉ Radio One's Morning Ireland, Dr Simon Boxall from National Oceanography Centre in Southampton on how Arctic temperatures are rising twice as fast as rest of planet

Earlier this year, the London Independent carried a story on the first ship to make the journey across the Arctic from South Korea to Sabetta in northern Russia and on to Montoir in France. What was special about the journey was its timing during winter and the fact that the ship, which carried a cargo of liquefied natural gas, was not accompanied by an ice breaker on the journey.

Such transits of the Arctic are expected to increase in the coming years. Nathaniel Melia and colleagues at Reading University modelled shipping transits of the Arctic and found that European routes to Asia across northern Russia will be well established by mid-century and cutting 10 to 13 days off journey times. Laurence C. Smith and Scott R. Stephenson found similar reductions in transit times and that the Northwest Passage, arguably the most historically famed of potential shipping routes through the Arctic, has the lowest historical and current navigation potential, but will become substantially more accessible by 2040 to 2059. The hunt for a route through the Northwest Passage that claimed the lives of 129 men and the two ships of the Franklin expedition in 1845 is at an end.

While shipping routes across the Arctic are in their infancy, tourism has begun to exploit the opportunity of the melting ice

Roger Revell, an oceanographer who worked on the fate of CO2 in marine environments, testified before the US Congress in 1957 on the likely impact of increasing levels of CO2 in the atmosphere. He predicted the possibility that "the Soviet Union might become a maritime power in the 21st century as a result of the melting of Arctic ice".

While shipping routes across the Arctic are in their infancy, tourism has begun to exploit the opportunity of the melting ice. The Northwest Passage and the North Pole are a world that up until relatively recently were home to a few people with the skills to live on the land and ice and the occasional polar explorer who came as part of small expeditions to a hostile region. Now, anyone with the time and money can travel to the region in relative luxury and do so throughout the year.

From RTÉ Radio One's Documentary On One archives, Down to Earth First All Ireland Arctic Expedition. Explorers Danny Osborne, Gerry Wardell and John O'Meara discuss their expedition to live and work within the Canadian Arctic. First broadcast in 1981

There are several ways in which the tourist can experience the Arctic. The Northwest Passage can now be traversed in summer and some cruises include stops at the sites where the Franklin expedition’s ship Erebus came to rest. But this is a region in transition and elements of that transition have made their way to German courts. In 2007, the vagaries of Arctic ice led a German tourist to sue a tour operator for a lack of pack ice on a cruise through the Northwest Passage. The Hamburg court agreed and awarded €3,000 compensation. Two years later, a case saw tourists getting one third of their travel costs reimbursed because the ice breaker they were travelling on became trapped in ice.

Polar bears (ursus maritimus) are the iconic mammal of global warming and disappearing ice and are a major tourist attraction at Churchill in Manitoba. Between 6,000 and 10,000 visitors were coming to Churchill in 2006 to view polar bears during the bear watching season from October to late November. The bears congregate in the tundra around Churchill waiting for the sea ice to form and visitors have an opportunity to encounter the bears at close quarter.

Jackie Dawson of the University of Waterloo and colleagues found that nearly two-thirds (60 percent) of polar bear viewing tourists interviewed in Churchill during the 2007 viewing season were motivated to do so because they perceived the bears to be vulnerable to climate change. But access to Churchill is by air only (the local rail line closed a number of years ago) and one third of those interviewed did not see a link between air travel and global warming. This ambivalence about our environmental impacts echoes a study by Daniel Grossman in Yale Climate Connections that we are green on the ground but not in the air and that people concerned about the environment fly just as much as everyone else.

A third attraction in the Arctic is, of course, the North Pole. You can get there in the summer by ship. The most direct of these trips is aboard the Fifty Years of Victory, the largest of nine Russian nuclear powered ice breakers currently in service.  You travel from Murmansk across the Barents Sea and on to the North Pole. As the website says "watching Victory crush through the Arctic ice pack is a sight you never forget. Join naturalists and other experts in the lecture room for presentations on the wildlife, geology, history and other aspects of the Arctic."

But the Barents Sea is a region in transition. A Norwegian study on hydrographic observations from 1970 to 2016 in the Barents Sea by Sigrid Lind and colleagues notes "a sharp increase in ocean temperature and salinity is apparent from the mid-2000s, which we show can be linked to a recent decline in sea-ice import and a corresponding loss in freshwater, leading to weakened ocean stratification, enhanced vertical mixing and increased upward fluxes of heat and salt that prevent sea-ice formation and increase ocean heat content."

They conclude the north Barents Sea may soon transition from a cold and stratified Arctic to a warm and well-mixed Atlantic-dominated climate regime which in turn has unknown consequences for the ecology of the region. 50 Years of Victory will probably not be crushing through pack ice in 50 years time, but rather sailing through open waters to a "watery" North Pole.

The impacts of tourism in the region are varied. In 2009, viewing polar bears at Churchill was estimated to contribute 20,892 t CO2 per season. Other studies have examined the likely impact of increased shipping on Arctic marine mammals. Donna Hauser and colleagues from the University of Washington, Seattle, examined the vulnerability of Arctic marine mammals to vessel traffic in the increasingly ice-free Northwest Passage and Northern Sea Route.

What they found was that more than half of the mammal subpopulations (42/80) are exposed to open-water vessel transits in the Arctic sea routes. Narwhals (Monodon monoceros) were estimated to be most vulnerable to vessel impacts, given their high exposure and sensitivity, and polar bears (U. maritimus) were estimated to be the least vulnerable because of their low exposure and sensitivity. At pinch points at the Bering Strait and eastern Canadian Arctic, vulnerabilities of marine mammals were two or three times greater than in more remote regions. This study also notes a high degree of uncertainty for less vulnerable species and a need for further studies.

Can the ongoing decline in the volume of sea ice be slowed or halted? Steven Desch of Arizona State University and co-authors propose using wind power during the Arctic winter to pump water to the surface, where it will freeze more rapidly and increase sea ice thickness by about 1m. But it comes at a cost of about $500 billion since it would need 10 million devices to "thicken" about 10 percent of the Arctic ice

Another geoengineering solution from Leslie Field and colleagues applies reflective materials such as glass microspheres and sand to young, low-reflectivity sea ice which protects the young ice from the summer sun. Climate modelling shows that this method can cool the Arctic significantly (by 1.5C)  and can rebuild Arctic ice area and volume, increasing thickness by up to 50cm. The project's website at ICE911 outlines the threats of sea ice loss and the ways in which this project might work to save the ice.

A third solution is to simply cover the ice in blankets to protect it from the sun. In the Swiss Alps, the locals of Gletsch wrap the Rhone glacier in blankets to slow the rate of thaw. The main reason for doing this is to protect a grotto that is carved into the glacier each year. The grotto allows brave visitors to venture up to 100m into the heart of the glacier. While this blanketing of the ice slows the melt, it will not halt the ongoing retreat of the glacier.

While there are opportunities to witness a vanishing world, there are many threats posed by the changes to this environment

In the next three decades, much of the Arctic sea ice will vanish for the summer months. For the people who have lived along the margins of this place for generations this is a dramatic change. Dimitrios Dalaklis, Megan L. Drewniak  and Jens-Uwe Schröder-Hinrichs reviewed the emerging and growing shipping activity in the Arctic and focused on how Russian resources there are growing to meet demands from shipping.

Their work brings us back to Roger Revell’s prediction of an emerging Soviet (Russian) maritime power in a warming world. While there are opportunities for oil and gas exploration, increased shipping traffic and tourism opportunities to witness a vanishing world, there are many threats posed by the changes to this environment. While it is a region on the last chance list and a place few of us will ever visit, the Arctic is a region that will, sadly, probably deliver the most spectacular manifestation of global warming yet. That's when we will see the total loss of sea ice in the summer months and the appearance of the North Pool instead. 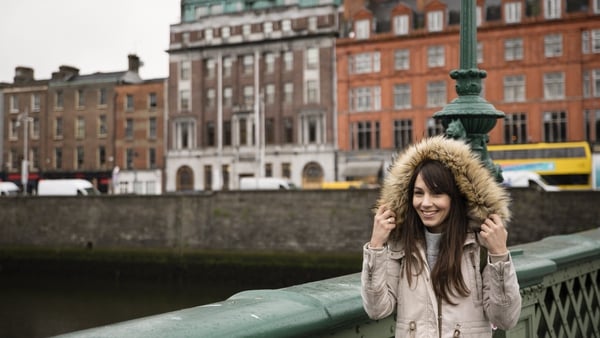 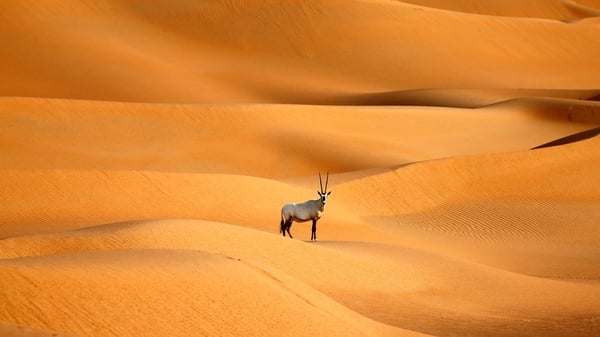 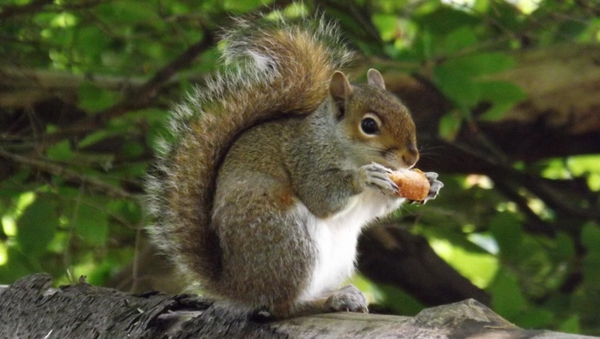