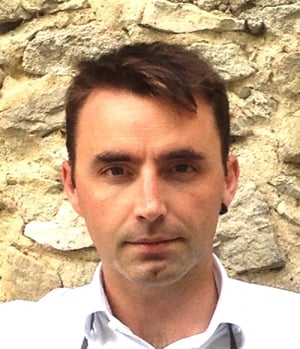 The science fiction genre has always been a hotbed for questions about the existence of life and what it means to be human. Food is necessary to sustain life, but is also a key indicator of culture. One of the things that fascinates us about science fiction is how an imagined future culture might look. Food, like fashion, music, transport or architecture plays a role, usually a functional one, in building the scenes needed for us to understand and relate to the narrative.

Many sci-fi films and books depict food as some sort of reconstituted gloop: tasteless, bland and solely for sustenance. Food is also regularly presented in a similarly functional fashion within non-futuristic film tropes concerning military scenarios, regimental industrial canteens, oil rigs, prisons, compounds and even schools; this can be true not only in film but in reality also. Food in science fiction is rarely, if ever, homely or reminiscent of what we know and cherish. Like the other elements of these often distorted future scenarios, it is bleak and dehumanised.

Star Trek gave us food that could be magically beamed into existence upon request, whereas Star Wars depicted alien gloop and bugs, blue Bantha milk and, more recently, self-creating green bread. Aldous Huxley’s Brave New World and George Orwell’s 1984 both portray food as miserable, grey, stratified, and isolated from joy or comfort. Perhaps most famously of all, Soylent Green, a film far ahead of its time, depicts a world in which an over-populated planet mainly survives on a dubious plankton-based high-energy supplement produced and controlled by the Soylent Corporation (which paradoxically inspired the name of Rob Rhinehart’s liquid nutrition of the same name). A darker cannibalistic revelation later emerges and elicits the horror that food can be in science fiction.

Dex's Diner from Star Wars: Attack of the Clones

In Blade Runner 2049, the primary location is a filthy Los Angeles ravaged by total environmental destruction and omnipresent acid rain. The charged atmosphere, lit by incessant buzzing neon and fuelled by noodle vendors, exotic bars, crammed souk-like markets and booze, depicts the city’s relationship with food. Set within the context of a dystopian future and played out by humans (real) and replicants (engineered), the theme of evolution is central.

An unlikely secondary theme of food, farming and eco-systems is also interwoven. Through subtle representations, Denis Villeneuve, the film’s director, shows us the evolution of food in a destroyed world set 31 years from today. In one of the opening scenes, the protagonist of the film, L.A.P.D. officer KD9-3.7, flies across a vast grey agricultural landscape of structures similar to greenhouses, which draws comparisons to today’s industrial-scale farming. He is bound for a small compound located within this hydroponic hellscape. A large figure inside one of the greenhouses sees his arrival. He is wearing a hermetically sealed protective suit, similar to those worn by today’s farm workers while spraying monocultures with chemicals.

K lands close by and enters the compound; the camera focuses on steam rising from an old black pot on a gas stove, a throwback to how we cook today. The act of cooking is symbolic for its connection to humans, as cooking is the one thing that truly distinguishes us from other mammals, having been attributed to our rapid evolution and capacity for intelligent cognisance.

The protected figure showers the toxins off his suit and removes it. As he too enters the compound, the dark boiling pot becomes the focal point once again. K and this enormous man speak; the tension is high. His name is Sapper Morton and in an initial denial of any wrongdoing, he proclaims calmly that he is a farmer and nothing more. The word farmer is loaded with meaning and for most of us, it symbolises an individual grounded in some sort of food production. We trust farmers, we want them to be people - not faceless corporations - who are guardians of the environment, traditions and our food. Our romantic notion of farms and farmers is a nostalgic distortion of a changing reality, but it is cleverly used here to extract an emotional connection from the viewer towards this imposing and mysterious individual. After all, he is a farmer and just doing his job.

K asks him what he farms, and Sapper tips over a small box, large wriggling grubs spill onto the table. "For protein," he replies. This clearly references the contemporary trend towards alternative sources of insect protein, due to the damaging and expensive effects of livestock production.

"Garlic. I grow that for myself," Sapper tells him, his voice almost sad and relenting.

"Garlic?" K inquires curiously. "Is that what I smell?"

Many sci-fi films and books depict food as some sort of reconstituted gloop: tasteless, bland and solely for sustenance

In the opening minutes of the film, Villeneuve has presented a poisoned monochrome landscape where farming constitutes growing insects in algae pools as a source of protein. This is underpinned by the fact that the protagonist does not recognise, or know the smell of, garlic, a hint at our own disconnect with ingredients and cooking today. That Sapper grows and cooks garlic for himself suggests an evolution or advancement from an engineered towards a more natural being. Interpretations from an interview with the original Blade Runner director, Ridley Scott, suggest that this compound was inspired by the white cottage from John Steinbeck’s The Grapes of Wrath and that Sapper represents the theme of the migrant working family, forced to live in desperate circumstances while producing food in California.

The film is grim and offers very little in the way of colour or hope. The soundtrack is crushing, loud and relentless. There are three brief respites from this carnage and interestingly, two of them revolve around food. In one, we see a poignant scene of children surrounding a birthday cake, joyful and creating memories for the future.

In an earlier scene, K is in his apartment and Joi, a female hologram companion with whom he shares his time and ‘emotions’, is also there. The pair play out an old-fashioned homestead scenario; she cheerfully prepares dinner while he fixes them both a drink. In actual fact, K is cooking himself a bowl of translucent sustenance. Joi calls from the kitchen that dinner is almost ready and she presents him with a plate of colourful appetising meat and vegetables. Like her, it is a hologram, which she superimposes over his bowl of sustenance. She is mimicking human affection and projects meaning and normality into both of their "lives" through this plate of nourishing food. As a science fiction audience, it is a moment we can actually connect with and its comforting familiarity helps us to rationalise their unnatural bond.

One message of hope within the film comes when K travels past the outer limits to a deserted Las Vegas engulfed by sand and dust. He is looking for Deckard, the original Blade Runner. As he exits his craft, a bee lands on his hand and he stares unknowingly at it. He then discovers active hives and places his hand inside one. The bees cling to it and though he is surrounded by destruction and abandonment, he is holding, quite literally, the key to a healthy human civilisation.

The hives are a rare symbolic moment of purity and are suggestive of the essentialness and fragility of life on the planet through their stewardship of our ecosystems and food-chain. They may also serve as a metaphorical reference of the ancient ritual of bugonia - spontaneous rebirth of bees (life) from the carcass of a decaying ox (the dead world in Blade Runner 2049).

Villeneuve is reminding us about the frightening phenomenon of bee colony collapse worldwide. Bees and honey were powerful representations of the soul in many ancient cultures. They also represented wisdom, virtue and had a deity or oracle-like significance. In Virgil’s Georgics, a Latin poem written in 29BC and based on agricultural themes, bees are prominently featured as a model of human society.

The scene is closely followed by one where K spins a dusty roulette wheel in the gaming hall of an empty casino – our gamble for civilisation. To locate Deckard, he announces his presence by striking a key on a piano. A dog suddenly appears, standing still staring at him. A voice from the shadows quotes Robert Louis Stevenson’s Treasure Island: "you mightn't happen to have a piece of cheese about you, now, [would you boy]?"

Deckard is nervous as he emerges into view, yet almost mockingly says that he misses toasted cheese and that he "dreams of cheese" nearly every night (a humorous nod to the original novel on which Blade Runner was loosely based, Do androids dream of electric sheep?). Deckard is marooned in a destroyed desert city, itself once a treasure island (or desert oasis) for the masses. He yearns for real food after years of hiding. After fighting, the two eventually drink whisky together, the dog also partaking in the Blade Runner motif of strong alcohol consumption. The prevalence of spirit alcohol in both films is notable and is used in times of confrontation and to dull emotional pain.

The film indirectly portrays the direction our food system might be headed. The UN repeatedly quote the year 2050 as a point by when we as a planet need to have our act together in relation to food production and feeding the projected population of nine billion people. The 2049 in Blade Runner clearly depicts a world where this did not happen. Conversely, it notes our disconnect from cooking, the industrialisation of farming and the total degradation of the environment. Although food is only a prop in this dystopian sci-fi film, it is positive to see an evolving Hollywood acknowledging it’s essential role in our future.

A longer version of this piece can be found here. 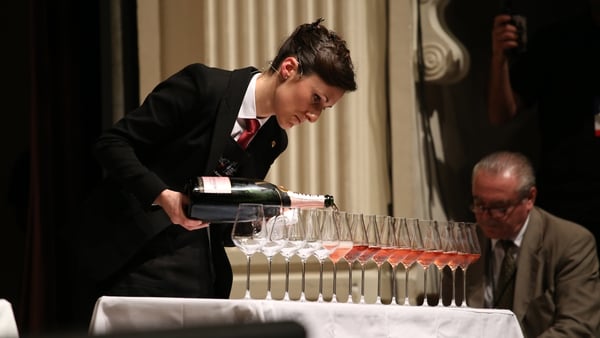 A nose for wine: all you need to know about sommeliers 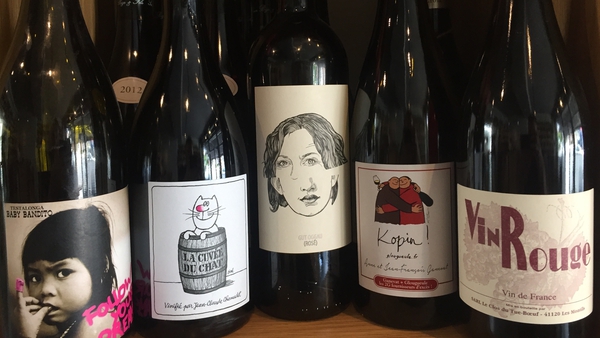