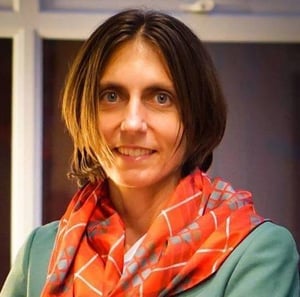 Opinion: despite the changes since the last papal visit, Ireland is still a country with high levels of religious commitment amongst young and old

When Pope Francis arrives in Ireland, he will be visiting a different country from the one that hosted Pope John Paul II in 1979. Back then, it was still possible to believe in a "holy Catholic Ireland", united in its fidelity to the Church. Today, the illusion of a holy Catholic Ireland has been shattered. As Francis’ visit approaches, it has become a cliché to point this out. But given the scale of decline between papal visits, it seems reasonable to ask: what's the future for the Church in Ireland after Francis?

In 1979, more than 90 percent of the population identified as Catholic and weekly mass attendance was nearly 90 percent. Catholic teaching was reflected in bans on contraception, divorce, and abortion; homosexuality was criminalised. UCD sociologist Tom Inglis’ seminal book, Moral Monopoly: The Rise and Fall of the Catholic Church in Modern Ireland, published in 1987, described how Catholic Church influence had once been pervasive in almost all aspects of life.

Yet less than a decade after John Paul’s triumphal visit, Inglis recognised that decline had begun. The second edition of Moral Monopoly, published in 1998, charted further declines, prompted in part by a decades-worth of revelations about clerical sexual abuse.

In the 2000s, State-funded inquiries investigated abuse in the Church, exposing the dark secrets of the supposedly holy nation that greeted John Paul. Eamon Maher and Eugene O’Brien make this clear in their 2017 book, Tracing the Cultural Legacy of Irish Catholicism. They contrast the "euphoria" of John Paul’s visit with a harrowing passage from the Ryan Report, detailing abuses at St Joseph’s Industrial School, Clonmel (p. 3):

The boys told Fr Stefano story after story of cruelty and abuse. The worst, as far as he was concerned, was the abuse of one of the boys during the Pope’s visit to Ireland in 1979. The whole school went to see the Pope in Limerick, except for one of the two boys who was not allowed to go because of his record of absconding. Br Bruno volunteered to stay back and supervise him. The boy told Fr Stefano that, when the rest of the boys left, ‘this Brother came and raped me in my bed’. (Ryan, 2009: II, 2, 87)

The authors comment: "while the Pope was speaking about the value of children in the Catholic world view some 40 miles away, a Rosminian brother was raping two boys who had been placed under his care by both the Catholic Church and the State."

Catholicism in the census

By the 2016 Census, 78 percent of the population identified as Catholic. Weekly mass attendance was 35 percent, but less than 20 percent in the Archdiocese of Dublin, with some urban parishes reporting attendance at less than two percent. The second-largest group in the Census was people who said they had "No Religion", at 10 percent.

In a 2014 study, Meanings of Life in Contemporary Ireland, Inglis found that even practising Catholics "compartmentalised" religion, limiting its personal and social impact. Other sources of meaning, like place and family, money and success, politics, sport, and love, trumped Catholicism. Although Inglis conceded that "cultural Catholicism" and its rituals of baptisms, first communions, confirmations and marriages remained important, he concluded "there were few indications that God was in [the] minds and hearts and … lips [of the Irish]".

In my latest book, I argued that Ireland is now "Post-Catholic", in the sense that a particular form of Irish Catholicism has been displaced. This was a Catholicism that had a monopoly on religious life, was a defining characteristic of national identity, had a strong relationship with the State, elevated the status of priests to exceptionally high levels and emphasised the evils of sexual sin. I used the term post-Catholic to describe a collective shift in consciousness in which the institutional Church is no longer held in esteem by many, including practicing Catholics.

At the same time, one of the most striking findings of my research was that Irish people could not stop talking about Catholicism. What they told me was that the institutional Church had let them down. One woman – a faithful mass goer – sighed and said that she thought the bishops’ behaviour had been so outrageous, she wondered if they even had copies of the gospels! Such disillusionment was prompting people to create new spaces where they could practice religion outside or in addition to the institutional Church. For me, these new spaces signalled a type of religious vitality, and demonstrated that Catholicism remains important in some ways, for some people.

A 2018 report by the US-based Pew Research Center supports this claim. It found that Ireland is Western Europe’s third most "religiously observant" country, with 24 percent showing "high levels of religious commitment". Pew’s religiously observant index included "frequency of attendance at religious services, frequency of prayer, degree of importance of religion in the respondent’s life and belief in God." Only Portugal (37 percent) and Italy (27 percent) scored higher than Ireland.

Even Ireland’s young people are more religious than their European peers. Another study found that Irish people between 16 and 29 years of age are among the most religious in Europe, alongside the Polish, Portuguese and Lithuanians. About 54 percent of the Irish in this cohort identify as Catholic, alongside 39 percent who say they have no religion. The "no religion" figure may seem startlingly high, but the study also found that 24 percent of young people who identify as Catholic attend church weekly, and 43 percent pray weekly, more than in most other parts of Europe.

For good or ill, what Francis says and does on his visit will influence the future of the Irish Church. If he meets victims and apologises for abuse, this could go a long way towards restoring confidence. But Gerry O’Hanlon, a former provincial of the Jesuits in Ireland, has argued that the Irish Church would best follow Francis’ vision by restructuring along "synodal" lines, opening the way for meaningful lay participation.

It seems the future of the Church depends less on Francis’ personal popularity and more on institutional reforms that recapture the confidence of those who have been driven away from it. There is no doubt that faith has a future in Ireland – but whether that’s inside or outside the Catholic Church remains an open question. 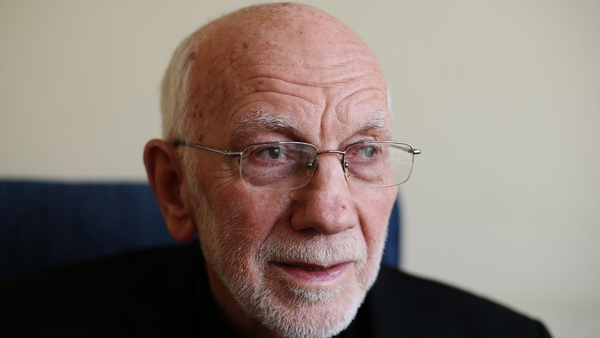