Opinion: there are a number of issues over changes to how Ireland's Parole Board operates which need to be resolved

Given governmental inaction to reform the process over the years, it is surprising that the bill has got so far so quickly and with so little in-depth scrutiny. This is despite repeated calls for reform from such bodies as the Law Reform Commission, the Irish Penal Reform Trust, and the Strategic Review of Penal Policy Group.

The reason for the bill’s success thus far is most likely down to the fact that the subject matter and potential ramifications are difficult for non-lawyers (including the majority of members of the Committee on Justice and Equality) to fully comprehend, even if they took the pains to studiously pour over its contents. Indeed, a lawyer like O’Callaghan may have underestimated the interplay between his proposals and Bunreacht na hÉireann.

From RTÉ One's Claire Byrne Live, a discussion on Ireland's parole laws with families of murder victims and Chair of the Parole Board, John Costello

The most welcome of the proposed legislative changes is that the Parole Board will finally be placed on a statutory footing. This will remove decision-making from the Minister for Justice and Equality and will hopefully eliminate - or greatly reduce - the politics surrounding release decisions, particularly for prisoners serving life sentences for murder. Another welcome aspect of the proposed legislation is that it would afford prisoners applying for parole with the right to legal representation, thereby remedying the lack of "equality of arms" under the existing system.

O’Callaghan must be commended for his commitment to tackling the legally and morally complex issue of parole reform. However, a lack of conceptual clarity has resulted in potentially unlawful – indeed unconstitutional - provisions which seek to allocate powers that are exclusively the domain of judges to Parole Board members, including lay people and representatives from the Irish Prison Service, the Probation Service and An Garda Síochána.

For example, while purporting to rid the board of ministerial interference, O’Callaghan still appears to think it is appropriate to allow the minister to make nominations to the board, instead of requiring all appointments - other than those involving staff from criminal justice agencies - to be made through the Public Appointments Service and to be based on merit.

Writing for the Guardian in 2010, Amelia Hill described the Parole Board of England and Wales as a "court" that sits "at the heart of the criminal justice system". In high-profile cases involving indeterminate sentences, such as the life sentence for murder, Hill stated that the board judges "at oral hearings, usually held in jails, on a single point: whether prisoners guilty of the most serious offences involving sex and violence still pose a risk" so as to justify continued imprisonment.

In the Irish context, O’Callaghan seems very unclear as to what precisely he wants his proposed Parole Board to actually be. Does he want it to be a court, presided over by a specialist judge or judges? He does not appear to want this, as he has proposed that the Board be comprised of up to 15 members, at least six women and six men, including community representatives and members of the criminal justice agencies, with between three and five people on each panel.

In his view, the chair should be a serving or retired judge, or alternatively a solicitor, barrister or academic with 10 years professional experience. It is unclear why individuals with such professional backgrounds would be any more suitable or qualified than anyone else in assessing a prisoner’s current risk of harm. In the matter of risk assessment, Probation Officers and psychologists with experience of actuarial risk assessment tools in the correctional environment would have more directly relevant skill-sets.

Before the Select Committee for Justice in February 2017, O’Callaghan described his intended Board rather pejoratively as a "quango". He also used the phrase a "quasi-judicial process", but did not define what he meant by this, or its constitutional significance, for the members of the committee.

Crucially, in terms of potential violation of the constitution, O’Callaghan intends to grant panel convenors with the powers to issue warrants for the arrest of parolees who are suspected of having breached their parole conditions. These convenors may not even have any legal background or specialist criminal justice experience. If a proposal were made to grant a "quango" powers to issue warrants in the case of breach of bail conditions, criminal lawyers, penal reform advocates and international human rights bodies would be understandably up in arms for breach of due process.

Regarding my allegation of unconstitutionality, Mr O’ Callaghan may have failed to pay proper heed to Article 37.1 of Bunreacht na hEireann, which states: "Nothing in this Constitution shall operate to invalidate the exercise of limited functions and powers of a judicial nature, in matters other than criminal matters, by any person or body of persons duly authorised by law to exercise such functions and powers, notwithstanding that such person or body of persons is not a judge or a court appointed or established as such under this Constitution."

Arguably, the proposal to issue warrants to enable the arrest and return of parolees to custody amounts to an exercise of functions and powers of a judicial nature related to "criminal matters". This legislation will have also have huge implications for long sentence prisoners who must apply to the Board for parole. This is especially true of convicted murderers, who will not be eligible for their first review under this scheme until they have spent 12 years in prison, as compared with the current seven years.

As regards the proposal to increase the eligibility threshold for people serving life sentences, the public, politicians and media are likely to agree that no-one should be released from prison after seven years having been convicted of murder, which is deemed to be the most heinous crime on our statute books. However, there are grades of blameworthiness and brutality and the life sentence is a "blunt instrument" that does not allow for different circumstances and aggravating or mitigating factors to be taken into account.

Not all "murderers" are equally culpable. Indeed, some classic manslaughter cases such as where the defence of provocation is successfully invoked (a husband intentionally kills his wife due to a suspicion that she has been unfaithful) are arguably more culpable than certain "murders", a crime which, in law, is satisfied by the intention to cause serious harm.

From RTÉ Radio One's Today with Sean O'Rourke show, chairman of the Parole Board John Costello discusses why prisoners released from life sentences should be given priority on the housing list

Up until the mid-2000s, there was more flexibility regarding parole release decisions. A few decades ago, for example, some people serving life sentences for murder were released shortly after their first parole review after seven years. However, following a high-profile intervention by former Justice Minister Michael McDowell, life sentence prisoners have very little prospect of being released from prison unless and until they have served upwards of 15 years.

A process is needed to manage a prisoner’s expectation of release and pay due regard to the anxiety of victims about the prospect of early release after only seven years, which does not seem to be a fair price to pay for taking a life. Some experts in this field, including senior figures within the Department of Justice and Equality and the Irish Prison Service, have suggested the first parole review should be raised to ten years, bringing it more in line with the European average. 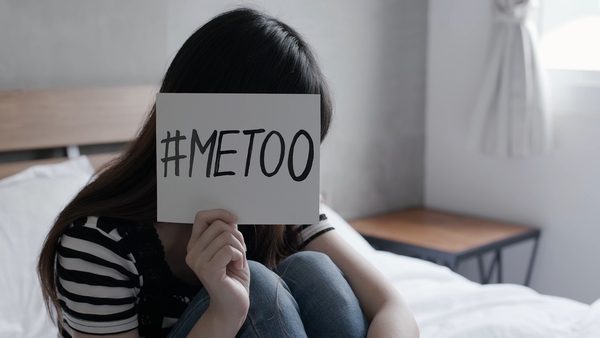 The "fight/flight/freeze" responses to sexual violence