Opinion: people of all ages need to be informed about tonic immobility and sexual violence

A wide range of power-brokers in the criminal justice system gave talks on aspects of crime and the system ar the recent Justice Conference  organised by Eolas magazine and Deloitte. One of the contributors was Caroline Counihan, Legal Director of Rape Crisis Network Ireland, who presented some of the key legal changes contained in the Criminal Law (Sexual Offences) Act, 2017.

She mentioned that some survivors of sexual violence have found it comforting and therapeutic to have the definition of "consent", as contained in Part 8 of the Act visibly displayed on the therapist’s wall. Under Section 48(2) of the Act, a person does not consent to a sexual act (e.g. sexual intercourse, buggery, oral rape or rape with an object called "rape under section 4 of the 1990"), if s/he is forced to submit to the act, threatened, or has a "well-founded fear" that s/he or someone else will be harmed if s/he does not submit; if s/he is asleep or unconscious; if s/he has a physical disability which makes it impossible to communicate the presence or absence of consent; if s/he does not understand the nature and quality of the act, or if s/he is confused as to the identity of the person engaging in the act. The list of circumstances of non-consensual sexual activity is not exhaustive.

Section 48(4) provides that consent is an ongoing phenomenon and may be withdrawn at any stage during the sexual activity, while subsection 5 crucially states that any "failure or omission on the part of the person to offer resistance to an act does not of itself constitute consent to that act."

Section 48(5) leapt out at me as in need of major explanation to the public in order to debunk a pernicious rape myth. Much of my recent work has been on how trauma is embodied and viscerally held in the body. Public misconceptions abound regarding how women typically respond to sexual assault, i.e. with vigorous, vocal resistance. Anything less might "reasonably" be interpreted by an aggressor or jury as tantamount to consent.

However, it is likely that section 48(5), though clunky, is at the core of how many people actually survive sexual violence as it occurs. Children certainly cannot be condemned for their failure to vigorously "resist or run", especially if abuse occurs within the home. A far more common response is to dissociate.

At the conference, I asked Counihan whether she believed that we need a massive education campaign to raise awareness of how "fight/flight/freeze" responses operate in the context of sexual violence. She agreed that that a clear message that "the State does not accept this" is important in terms of busting rape-supportive attitudes and that the planned comprehensive classes on consent and sexual violence in schools was crucial.

When a person perceives a threat to their safety, such as a risk to their bodily integrity and intimate self, the amygdala – the brain’s "smoke detector" - sounds an alarm alerting the hypothalamus, which zooms off a message to the brain stem. The brainstem activates the autonomic nervous system and the person reacts to the existential threat either by using force themselves, running away or literally becoming frozen with fear.

Section 48(5) of the 2017 Act attempts to account for the very common freeze response, or what Peter Levine calls "tonic immobility". Both children and adults need to understand this most primitive survival mechanism, which is over 500 million years old, so that victims are not cruelly blamed for their tonic immobility, while alledged rapists walk free or receive undue leniency, as in the recent Pamplona trial.

The legal system is reliant on a jury verdict in sexual violence cases, but fails to educate jurors of the neurobiology of stress and survival. Juries are meant to be made up of the accused person’s "peers". However, since the general public is grotesquely ignorant of fight/flight/freezes responses in general - and in rape cases in particular - this is a major problem for survivors. Their survival responses are put under the legal microscope, subject to often brutal cross examination and do not measure up to common conceptions of an appropriate response.

According to Stephen Porges’ Polyvagal theory, the second major stage of evolutionary development of the reptilian brain occurred about 300 million years ago and this engages the fight-or-flight response via the sympathetic nervous system. Levine states that this response aims to get the person away from the threat by raising their heart rate and respiration, flooding their metabolic system with adrenaline and diverting blood to the muscles. However, the freeze response occurs when fight-or-flight are impossible and "it looks like we’re going to be killed." At this point, the person goes into "the shock state."

The central point, according to Levine, is "that when people get into this immobility state, they do it in a state of fear." Tonic immobility is "a combination of freezing and collapsing—the muscles go limp, the person is left without any energy".

As part of any planned education campaign, people of all ages need to be informed about tonic immobility and sexual violence. Being frozen in fear is a way of surviving a profound threat. Forcing someone who is in a state of tonic immobility to have sex is rape. It is not reasonable for a man to believe a woman is consenting if she is frozen in fear. The criminal justice system, lawyers, judges and juries must be aware of the amygdala, the reptilian brain and the Polyvagal Theory to do justice to survivors.

Whether or not survivors of sexual violence decide to report or prosecute the perpetrators, they need to know that their primeval response was born of terror. Going into a frozen shock state was their brain and body’s way of keeping them alive.

The views expressed here are those of the author and do not represent or reflect the views of RTÉ. If you have been affected by issues raised in this article, support information is available online at http://www.rte.ie/support 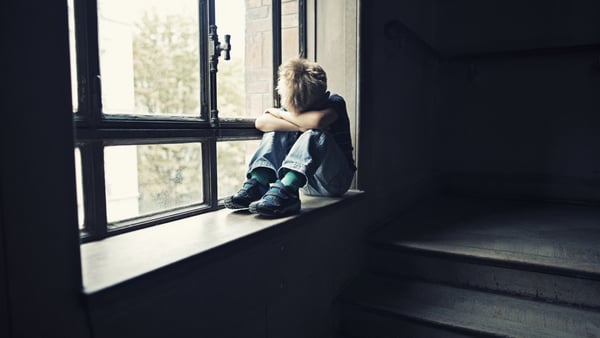 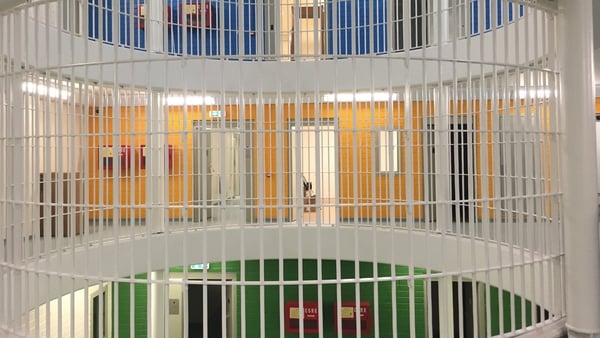