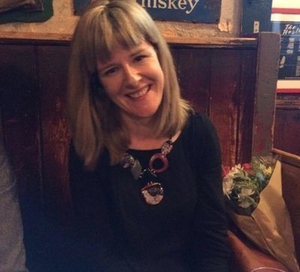 Analysis: no other contemporary writer has captured the comedy and tragedy of existence so intensely and with such humour and clarity as Philip Roth

Having written part of a doctoral thesis on the theme of death in Philip Roth's work, I did not know quite how to feel when news of his death broke. Of course, death is nothing if not inevitable, and, at 85 years old, is not the worst that can happen. But it also is the worst that can happen. Roth knew this, and it is, in no small part, what makes his work so powerful.

Roth published his first book Goodbye Columbus, a collection of short stories, in 1959. A decade later, he burst into the big time with the controversial Portnoy’s Complaint, a veritable panegyric to autoeroticism. Chronicler of the sex life of America, from the smashing of taboos in the 1960s to the prurient fascination of a nation "with a president’s penis" during the Monica Lewinsky scandal, he has always railed against moralism. He is celebrated and reviled in equal measure for his outrageousness, honesty and humour in sexual matters. But his greatest theme of all is death.

I came to Roth late. I had read a couple of his works and frankly I came away feeling queasy. But when I found myself researching death in contemporary fiction, he loomed unavoidably over me. I knew I would have to go back to him, if only to justify why I wasn’t reading him. My intention was to devise a dismissive paragraph or two on why we - particularly those of us who considered ourselves card-carrying, liberal feminists - were well and truly over the sex and death drives battling it out like little boys’ toy soldiers.

I hated the thought of it and so turned somewhat reluctantly to his 1995 novel Sabbath’s Theater, which seemed to mark the beginning of an obsession with mortality that prevailed until his retirement in 2012. It was a fortuitous choice. Here (spoiler alert) is the last line of that novel:  "How could he leave? How could he go? Everything he hated was here."

This is precisely how I felt about the book. I could not put it down. Everything I hated was there and it was like nothing I had ever read before. If ever a writer could set fire to the page, Roth could. My queasiness returned but this was rollercoaster nausea. I wanted more. I squealed with laughter. I felt the blood race from my heart to my head, a sense of surprise as horror turned to delight, and often I couldn’t tell the difference. It was remorseless, raw, disorienting, and I went away and read his entire canon.

Drawing out contradictions was his talent. He relentlessly demonstrated the dangers of holding too tightly onto convictions and ideologies. This is eminently portrayed in his eerily prescient allegory of the current rise of the conservative right in The Plot Against America. He was a tireless champion of eastern European writers during the Cold War. He was at once a classic liberal individualist and a penetrating critic of that most American of ideologies.

To my mind, no other contemporary writer has captured the comedy and tragedy of existence so intensely and with such humour and clarity as Roth. The very act of reading him brings home the ability we all share, if only we were brave enough to admit it, to hold contradictory views. His extraordinary lyricism is never schmaltzy because it is powered by the full force of a gargantuan intelligence and a remarkable largesse in portraying human foibles. It opposes the trenchant convictions of public rhetoric with - I don’t think it is too much to say -love.

Although he was no Hemingway, Roth was a writer of sinewy sentences. Not for him the fragile translucency of Henry James or the sideways Irish evasion of Joyce. Roth wrote with a candour and confidence that is quintessentially American. He favoured nouns and he was inordinately fond of lists. His novels are replete with rhapsodic catalogues of the solid stuff of the world.

Even writing about death, he could capture the sensation of being alive with outstanding intensity

The night after his death I was out walking in Boora bog in Co Offaly and I could not get a sequence from American Pastoral out of my head, a sentence, almost two-pages long, a signature litany that exemplifies the sheer love of life that makes Roth’s writing such a pleasure: "chicory, cinquefoil, pasture thistle, wild pinks, joe-pye weed, the last vestiges of yellow-flowered wild mustard sturdily spilling over the fields, clover, yarrow, wild sunflowers". As I wandered through the Irish pastoral, I felt lucky for having returned to Roth, grateful for his legacy.

Even writing about death - especially perhaps - he could capture the sensation of being alive with outstanding intensity. In his majestic works of the 1990s, one gets the sense that each sentence testifies to a tightening grip on existence. Roth was in his sixties at the time, and death, while still far away, nonetheless came sharply into focus. Confronting mortality inaugurated an exceptional creative outburst late in an already illustrious career.

In the post millennial period, Roth produced a series of short books - restrained, masterful in their own way - chronicling the process of loosening that grip. These stark novellas chart a stepping back from the great messy tangle of existence. Their brutal clarity is devastating, as if he was writing himself out of existence —which, now we know, he was.

Dr Rebecca Downes is a researcher of contemporary literature at the School of Humanities at NUI Galway. She is a former Irish Research Council awardee.