The novelist Philip Roth has died. He was 85.

The New York Times reports that Roth passed away in a hospital in the city on Tuesday from congestive heart failure.

Regarded by critics as one of the great American authors of the 20th century, his key works included Portnoy's Complaint, The Human Stain and Goodbye Columbus, a collection of short stories.

A prolific essayist and critic, Roth often explored the Jewish experience in the United States but rejected being described as a Jewish-American writer.

While he enjoyed early critical success with his first collection, Goodbye Columbus, published in 1959, the publication of his comedic masterpiece Portnoy’s Complaint in 1969 caused a sensation and saw Roth land at the centre of the US literary zeitgiest, a place he occupied for much of the rest of his career.

While the author rejected any attempts to suggest autobiographical leanings in his work, an extraordinary sequence of five novels, from 1979’s The Ghost Writer to 1986’s The Counterlife, detailed the life and times of Roth's literary alter ego Nathan Zuckerman, tackling issues relating to masculinity, fame and Jewishness. In later years, he wryly embraced the concept: the protagonist of 1993's Operation Shylock is a character named Philip Roth, who is being impersonated by another character, who has stolen Roth’s identity.

Resolutely unsentimental in his prose, and never content to rest upon his laurels, the latter years of Roth's writing life - he officially announced his retirement in 2012 - saw him produce an acclaimed series of late works, among them Sabbath's Theater (1995), American Pastoral (1997), I Married a Communist (1998), The Human Stain (2000), Everyman (2006) and Exit Ghost (2007).

Roth won the 1998 Pulitzer Prize for fiction for his novel American Pastoral. It tells the story of a teenage daughter of a middle-class family who rebels to become a terrorist. David Simon, the creator of The Wire, is working on a TV adaptation of Roth's 2004 novel The Plot Against America, which imagines an alternative America where aviation hero and Nazi sympathizer Charles Lindbergh is elected President in 1940, leading to the persecution of Jews in the United States.

Improbably, I had the honor of meeting Philip Roth just a few months ago to discuss an adaptation of Plot Against America. At 85, he was more precise and insightful, more intellectually adept and downright witty than most any person of any age. What a marvelous, rigorous mind.

In a memorable final interview with the New York Times, published earlier this year, Roth was asked to summate his half-century as a writer: "Exhilaration and groaning. Frustration and freedom. Inspiration and uncertainty. Abundance and emptiness. Blazing forth and muddling through. The day-by-day repertoire of oscillating dualities that any talent withstands — and tremendous solitude, too. And the silence: 50 years in a room silent as the bottom of a pool, eking out, when all went well, my minimum daily allowance of usable prose." 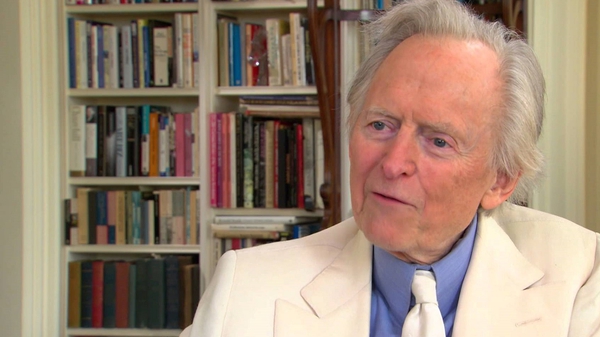