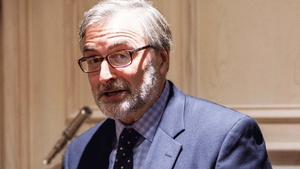 Opinion: why is an artist whose work sounds like prayers and who sings of failure and guilt so popular in a country which appears to have lost all religion?

In 2002, the well-known Maynooth theologian Fr Vincent Twomey, a pupil of Joseph Ratzinger’s, no less, published his book-length study on The End of Irish Catholicism? Although the title ended with a question mark, it expressed that the unthinkable had become thinkable: the church in Ireland could vanish.

Have Twomey’s gloomy reflections not turned out to be prophetic? On a regular basis, the media in this country carry reports about declining Mass attendance, the falling number of priests and vocations, and the failure of the church to respond adequately to past scandals of sexual and physical abuse. The church’s exclusion of women from the priesthood, together with its rejection of gay marriage and abortion, have become unintelligible to many. Seminary after seminary has closed; even the future of the once revered St Patrick’s College in Maynooth no longer appears certain.

So have the Irish lost all religion? Has Enlightenment finally done its job of doing away with the superstitions of the past, so that we can at last found a new, progressive society on the basis of objective facts and scientific truth?

I am not going to offer opinion polls here to address these questions. I will, however, reflect on a curious phenomenon: the immense popularity in this country of an artist whose songs sound like prayers, whose voice seems to belong to an Old Testament prophet, and whose preferred topics include failure and guilt. I am speaking of Leonard Cohen.

Cohen’s writing and singing came from the depths of a troubled soul. His art reflects his life-long struggle to find meaning, love, and peace. His work brilliantly encompasses the highest and the lowest desires of the soul, often in the same song.

Religious people have always loved the famous "Hallelujah" with its beautiful praise of the Lord: "now I’ve heard there was a secret chord/That David played, and it pleased the Lord". The very next stanza evokes quite a different scene, that of a woman tying the subject of the song to a kitchen chair! In another version of the song, a stanza runs "there was a time you let me know/What’s really going on below/Ah but now you never show it to me, do you?" These lines could be addressed to God, and perhaps they are, but they also carry an indelicate double entente if the addressee is a woman.

The best-known example of the way in which Cohen weaves together the themes of human and divine love is "Suzanne". In the first part of the poem, we find the author fascinated by an exotic and "half crazy" woman who serves "tea and oranges that have come all the way from China" (China must have had quite different connotations in the 1960s, long before it became an industrialised mega-power!).

He tries to love her but can’t, which was always a large problem in Cohen’s relationships, and the reason why they ended in failure. Suzanne takes the burden of having to produce love from her man’s shoulders, letting a river announce "that you’ve always been her lover". Suddenly, the poem turns to Jesus, who seems to be just like Suzanne: strange, half crazy, willing to carry the burdens of humanity.

Despite the strong and persistent religious dimension of his work, Cohen never quite managed to become a believer. On his very last album, the ironically titled "You Want It Darker", the poet regretfully declares in "Treaty" that "I’ve seen you change the water into wine/I’ve seen you change it back to water too/I sit at your table every night/I try but I just don’t get high with you".

Cohen remained a seeker: a devout Jew who introduced his children to the faith of his fathers, a follower of Jesus, a monk in a Buddhist community in California, a disciple of a Hindu sage, a doubter, a hapless lover, a wonderful father, a sex maniac, an alcoholic … a human being.

Let me suggest that it is precisely this combination of contradictory attributes that makes Cohen attractive to us in the contemporary world. He was one of us, a human being who had lost the certainty that previous generations were able to enjoy. Cohen’s art does not gloss over the difficulties of contemporary life, but throws them into sharp relief—mercilessly, but also beautifully. He acknowledges the reality of suffering in a world that we increasingly expect to bend to our will. He encourages us not to give up on the quest for what really matters, even if we don’t know where the road may lead us.

Will the Church have a role in this quest? It seems to me that this depends not on how well the church adapts to prevailing opinions. Leonard Cohen does not appear to have lost a lot of fans despite his unpopular opposition to abortion, coupled with an apocalyptic vision of the future of Western civilisation: "Give me back the Berlin wall/Give me Stalin and St Paul/Give me Christ or give me Hiroshima/Destroy another fetus now/We don’t like children anyhow/I’ve seen the future, baby/it is murder". What matters is to speak with a humble, truthful voice about the brokenness of human life and our hope for a world of peace and love.

Professor Philipp W. Rosemann will deliver his Inaugural Professorial Lecture Leonard Cohen, philosopher at Maynooth University on Wednesday April 18 at 5.30 pm. All are welcome to attend and details of the event are here. 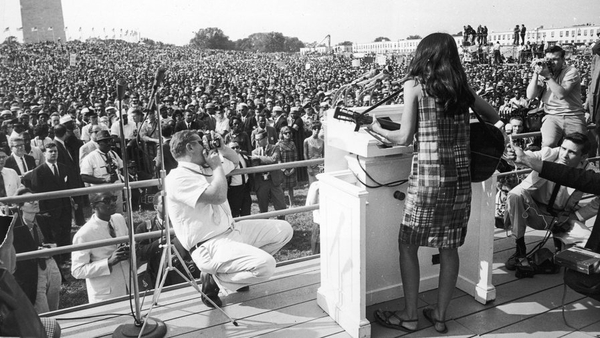 Say it loud: the continuing relevance of protest songs