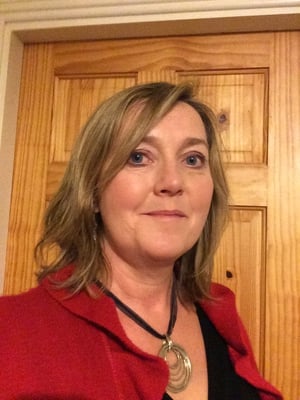 Opinion: Irish people's dislike of Bono over tax comes down to some core contradictions

Why do Irish people hate Bono? Specifically, when it comes to tax avoidance, why do we blame Bono more than other wealthy celebrities with expensive accountants?

Here’s the technical background. Back in 1969, Ireland made royalties on artistic works completely tax free to support struggling writers and artists. Decades later, that measure saved U2 millions on their music royalties. When Ireland capped the tax free element at €250,000, far above what might affect most artists and writers, U2 promptly moved their royalties operation offshore to the Netherlands to avoid an Irish tax bill.

We were not happy. We have not forgotten. We specifically blame Bono, not U2’s accountants. Why is this?

It’s not that we’re mad at him for not leaving millions in Ireland to solve our pressing social problems. Even Bono isn’t that rich, and we have easier targets to tax. It’s not simple begrudgery because he’s rich and famous. Lots of Irish people – entrepreneurs, for instance – are rich, and we don’t mind. Saoirse Ronan is hopefully minted by now and we love her.

As a role model, Bono could give a better example, but so could the whole motley crew of actors and soccer pundits whom we don’t hate for their tax aggression. He’s not shy about his good deeds, which Irish people don’t like, but there are other non-humble Irish people – sports stars, for instance – that don’t rankle as much.

The trouble with Bono is something else, and it has to do with two core contradictions. There’s a specific disconnect in the way he very publicly (and rightly) lobbies governments to spend more on foreign aid, while minimising his own contributions to government coffers. The phrase "not putting one’s money where one’s mouth is" gets close here.

Secondly, Bono has wrapped himself for years in the Irish flag, literally and metaphorically. For Irish people, this no longer squares with his taking active steps to pay less tax here.  He became a prophet without honour in his home country because he moved his profit from the country he calls home.

Seen in this light, the Bono backlash could reflect a growing Irish view that tax avoidance is not harmless. When Britain ruled Ireland, avoiding tax meant paying less to our colonial rulers. Like stealing Trevelyan’s corn, it could be seen as patriotic. Then we had decades of a nod-and-wink attitude to tax as a kind of post-colonial hangover, but we seem to have moved past that now, to see paying tax as a basic part of having a stake in a country. Blaming Bono is unpleasant for Bono, but maybe, just maybe, it means that we’re maturing as a country in our attitude to tax.